Bajaj Dominar to get a major update

Bajaj’s flagship motorcycle to get a USD fork and more mechanical updates soon. 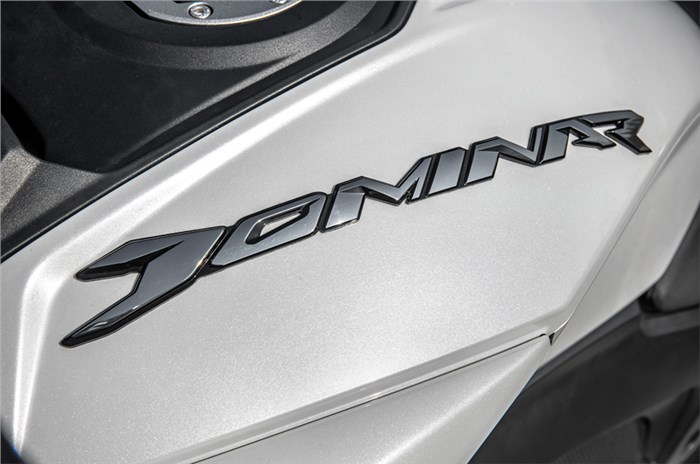 Bajaj’s power-cruiser, the Dominar 400 is all set to get a substantial overhaul. As can be seen in this spy image posted on our forum, Bajaj has given the Dominar many more goodies in order to make it a more compelling offering in its class.

The most prominent update to the Dominar is the incorporation of a USD fork. While it is currently unknown if the fork is sourced from the KTM Duke range, it is certain to enhance the Dominar’s handling and suspension mannerisms. We believe that Bajaj will also work on improving the bike's low-speed ride comfort, which is currently a little too firm, especially at the rear. From the picture, it is also evident that the Dominar will now get a pseudo twin exhaust end-can. The picture also gives away a redesigned and larger-looking radiator.

Given that the 390 Duke features a DOHC motor, we expect the upcoming Dominar to also get this configuration and possibly ride-by-wire as well. This update will ensure that the motorcycle’s top-end performance gets even better, but Bajaj will probably retain the Dominar's smooth and easy low speed riding manners as that was a big plus point over the more aggressive KTMs. By the way of this update, Bajaj may also make the Dominar BS6-ready, or at least bring it closer to being amply equipped to clearing the upcoming emission norms.

The Dominar will continue to feature a six-speed gearbox which is equipped with a slipper clutch even on the existing model. While ABS is currently optional on the bike, it will be a standard feature on the new model. Whether it remains a dual channel system or a more cost effective single channel set up remains to be seen.

The Dominar is, at present, powered by a 373cc single-cylinder engine which produces 34.5hp and 35Nm of torque. With this update, the Dominar is expected to get a mild hike in its output figures although it is certain to stay clear of the 390 Duke’s class-leading numbers.

In addition to this, the updated Dominar is expected to be offered with new colour schemes as well. The updated Dominar 400 is still a few months away from launch and we expect it to be priced at a premium of Rs 15,000-20,000, partly for the improved features, but also to account for the standard ABS. At an estimated ex-showroom price of around Rs 1.80 lakh, the Dominar will still be a tempting proposition when compared to competitors such as the KTM 250 Duke, Honda CBR 250R and the Royal Enfield Classic 500.