New colour will add to three existing paint schemes and will be available across Bajaj showrooms at a slight increase in price. 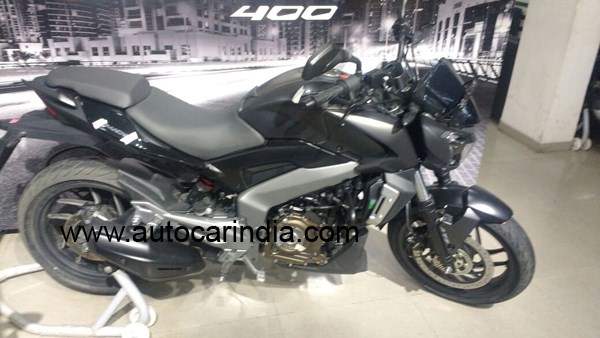 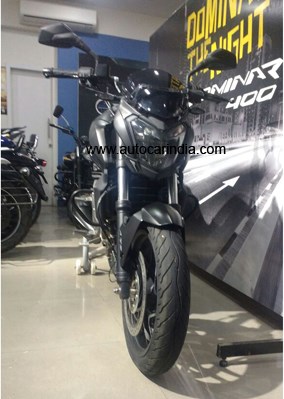 Bajaj has updated its Dominar 400 line-up with the addition of the new matte black paint shade which compliments the three existing colours – midnight blue, twilight plum and moon white – which have been available on the bike ever since its launch in January this year. Apart from the new colour, there are no other cosmetic or mechanical changes to the bike.

The Dominar 400 is Bajaj’s take on a power-cruiser using an engine derived from the KTM 390. The motor gets Bajaj’s patented triple-sparkplug head and is in a different state of tune as compared to the KTM, making 35hp of peak power and 35Nm of peak torque. The aim was to have great ridability at low speeds, and to that end, the motor makes 28Nm of its torque at just 3,000rpm.

It’s a well-rounded motorcycle which, although lacking on engine refinement, offers distinct road-presence, good performance and sporty handling at an unbeatable price point. And this has reflected in the Dominar’s sales figures as well. For the last couple of months, Bajaj Auto has been shifting approximately 3,500 units of the bike each month. However, sales did take a hit last month (May 2017), dropping to about 1,700 units. However, the company writes this off to the uncertainty amongst buyers due to the effect of the soon-to-be-implemented GST structure, and is confident of sales stabilising from next month onwards.

Speaking to Bajaj Auto regarding this new colour, we have been told that this will not be a limited edition paint scheme and should be on sale well into the future. Currently priced at Rs 1.39 lakh for the non-ABS version and Rs 1.53 lakh for the dual-channel ABS version (both prices ex-showroom Delhi), the price of this matte black paint scheme, according to Bajaj dealers, is expected to go up by about Rs 4,000. While some dealers will be dispatching a few units of the matte black Dominar 400 in the next couple of days, approximate waiting time for the new colour scheme is two to three weeks.