Bajaj Chetak: From inception to rebirth

A brief look at how Bajaj's Chetak became one of the most iconic nameplates in the Indian two-wheeler industry and what it means for the reborn all-electric scooter. 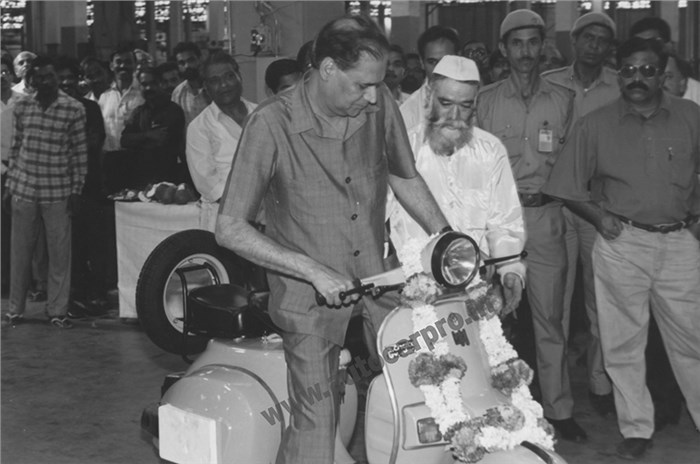 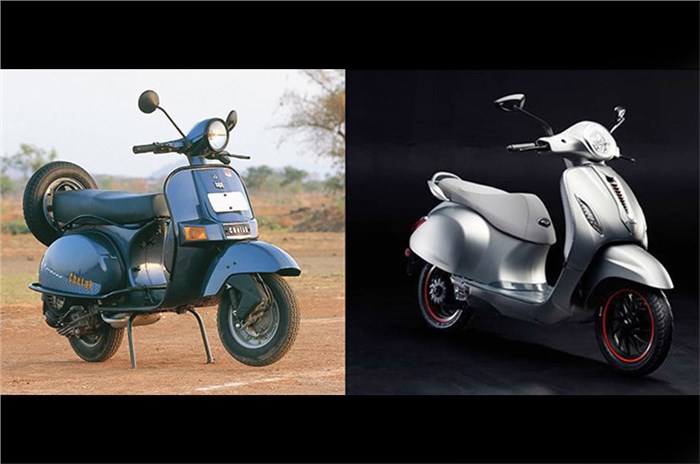 Okay, so the Chetak name has made a comeback... in an electric avatar. This Chetak's birth can be compared to a next-gen member of a highly acclaimed and successful filmstar. Born in a totally different era, the electric Chetak has little else apart from the name that once commanded a huge fan following.

"A 10-year delivery period is not a joke," Rahul Bajaj, chairman, Bajaj Auto, tells our sister publication, Autocar Professional. The Bajaj patriarch was at the helm of affairs at Bajaj Auto, from 1965 till 2005, and it was during his leadership that the manufacturer introduced the Chetak scooter in 1972. The Chetak was derived from the Sprint model by Vespa, with which Bajaj Auto had a technical alliance. The Chetak was phased out 33 years later. Thus began Bajaj Auto's journey as a motorcycle-only manufacturer. Bajaj, perhaps, would have liked to see scooter manufacturing continue till there's a market for one, even though the "timing of motorcycle manufacturing (by Bajaj Auto) was absolutely correct".

In the Indian auto industry, the Chetak's story is one of the very few that stand apart. The "very young man of '81" may not quite recall the earlier Chetak's launch date or memory of that day but he does remember the Chetak's tyre size (3.5-10), which was its key USP and differentiator from another popular scooter model called Bajaj Super. Bajaj remembers the Super's wheel size (3.5-8) too. 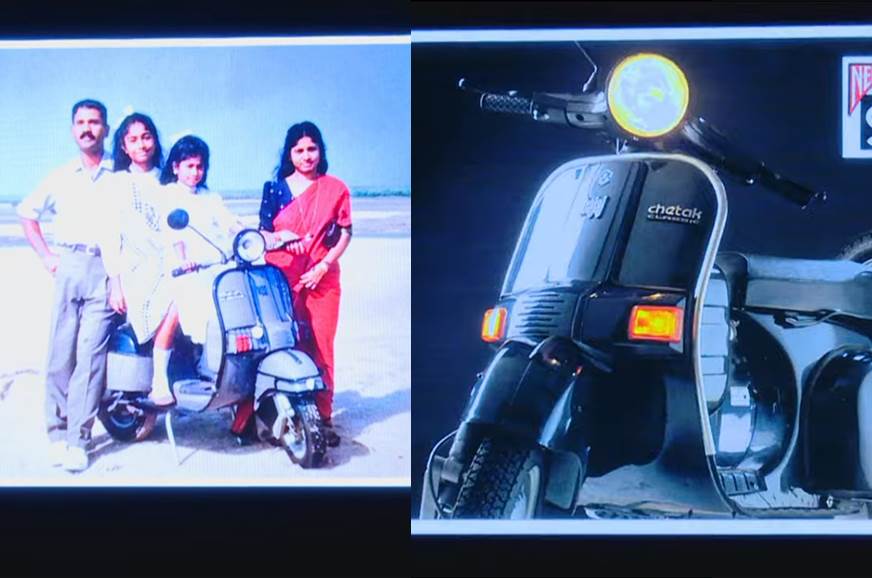 The Chetak was eponymous with the name of the horse ridden by Maharana Pratap at the battle of Haldighati in the 16th century. "That was also partly responsible for the model's importance," says Bajaj. The Chetak's popularity was well captured by an ad catchline 'Hamara Bajaj' (Hindi for Our Bajaj).

The Chetak's popularity was so high that apparently, in the market, it commanded a premium of nearly double its showroom price! The licence raj (1951-1991) in the country, which didn't allow manufacturers to enhance production at their will, was also responsible for the waiting period of up to 10 years for the Chetak, which is possibly a world record. Bajaj recalls the stories of the Chetak being a preferred component of the "unfortunate" old practice of dowry (mandatory gifting of wealth by the bride's family to the groom) in a marriage. There was a better way to own a Chetak, that too out of turn. An official government approved scheme of getting foreign exchange of $500 (per customer) allowed one to get an out-of-turn allotment. Bajaj says even this queue was fairly long.

The wait for a Chetak stretched into years

"Quality, cost and availability (market reach) were the key factors for the Chetak's success," says Bajaj. At the time, there were around 600 dealers and Bajaj Auto was India's leading two-wheeler maker, recalls the Bajaj patriarch. He adds that "the only other thing I remember that had an 8- or 10-year delivery period was a Premier Padmini car, for some time."

It was in 1990 that the Chetak began to be available off the shelf. A newspaper advertisement announced that Bajaj Auto emerged as the world's largest scooter manufacturer and also mentioned 'NO WAITING' in bold for the Chetak.

"It raised Bajaj Auto's image and offered an opportunity to a larger number of customers to own a Chetak," says Arun Malhotra, ex-MD, Nissan India and a former Bajaj Auto executive, who was part of the first batch of regional managers at Bajaj Auto. Highlighting the appeal of the Chetak, Malhotra recalls a Ludhiana dealership delivering 500 Chetaks to customers in one day! Even as the Chetak was popular nationwide, Delhi, Punjab and Andhra Pradesh were the top three markets for the scooter. The Chetak would contribute to half of Bajaj Auto's scooter sales, which had reached monthly volumes of around 70,000 units. Its other scooter brands then were Super and Priya (from Maharashtra Scooters, then co-owned by Bajaj Auto). 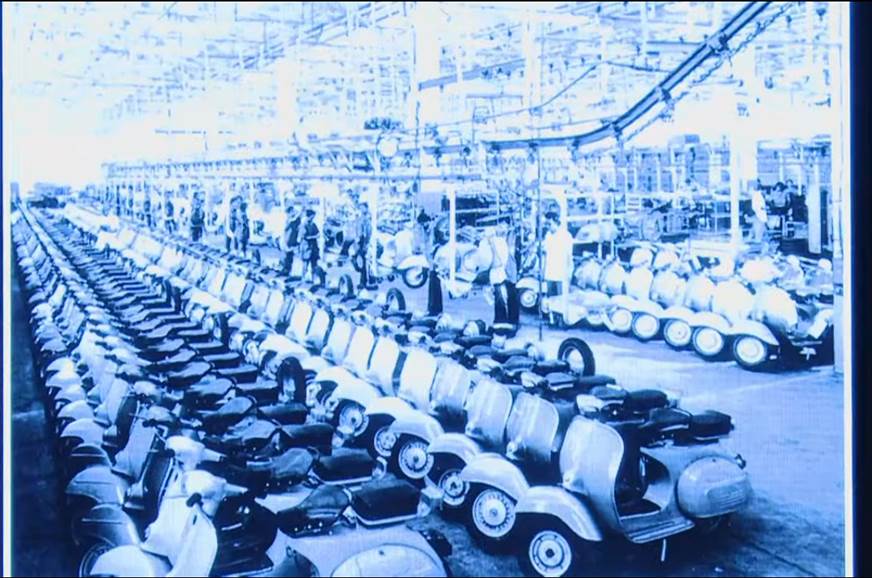 1995-98 was a golden period for India's scooter market. In 1998, scooters made up 75 percent of the two-wheeler industry's annual volumes. Bajaj Auto enjoyed a market share of close to 60 percent. The gradual decline of the scooter market began around that time. With the liberalisation in 1991 began the emergence of modern design/technology, especially in a few Japanese motorcycles. A rise in petrol price and the growing acceptance of motorcycles in rural areas also led to the demand for bikes. Along with this changed Bajaj Auto's business strategy, leading to the birth of its first independently developed motorcycle, the Pulsar. The motorcycle had already started through a partnership with Japanese major Kawasaki, which continued till recently.

Now, as e-mobility is seen as the future of the global auto industry and scooters being the drivers of India's fledgling EV market, the erstwhile hero among scooters returns to lead the charge for Bajaj Auto. And this time it wants to create its own space as the Chetak, not as Bajaj Chetak (no Bajaj branding on the electric scooter).

On the Chetak's rebirth, the industry doyen and a father says, "I'm delighted. I congratulate Rajiv Bajaj and his team for making what I think will be a great electric scooter." 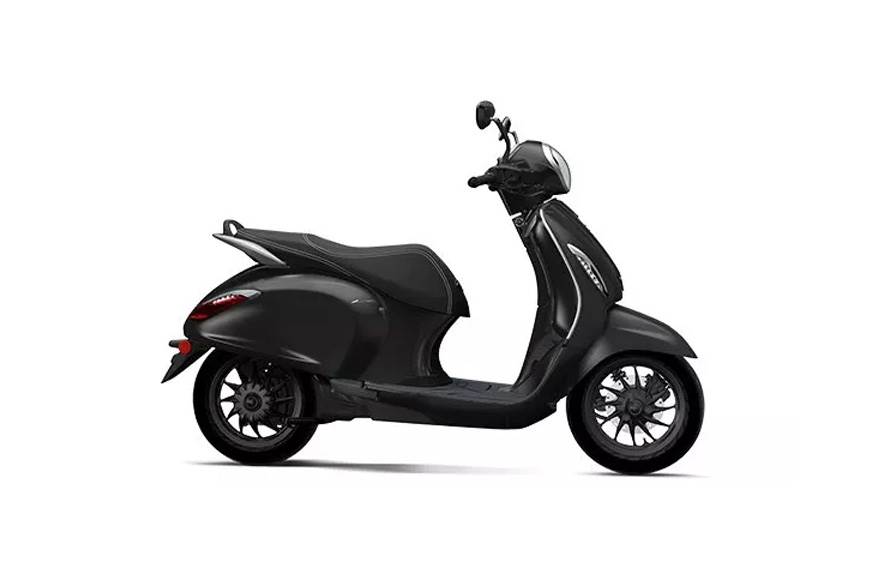 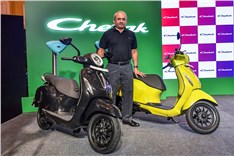 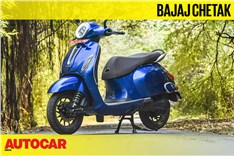 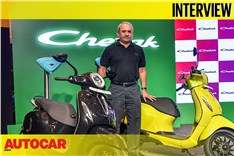 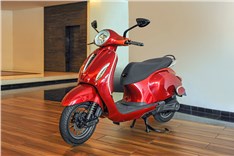