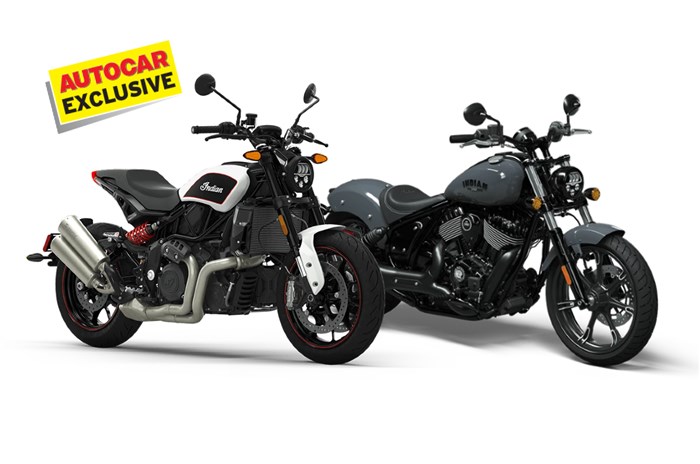 The gap between the Indian Scout and the Vintage will be plugged very soon.

The 2022 Indian Chief line-up will arrive in India in August, along with the return of the FTR model range, in BS6-compliant form.

Indian Motorcycle has been operating in a rather subdued manner in India in the BS6 era. Late last year, the company revealed a price list for bikes from the Scout, Vintage, Springfield, Chieftain and Roadmaster families. More recently, the brand announced that bookings were opened for the 2022 Chief line-up, and also gave us a starting price for this upcoming model range. We can now confirm that these Chief models are already on their way to India and will arrive in August. They will also be joined by the returning FTR range.

Three of the six models in the global 2022 Indian Chief line-up are slated for India, and not entirely coincidentally, as these three models are powered by the larger ThunderStroke 116 motor. This engine already does duty in the Vintage, Springfield, Chieftain and Roadmaster models, which are already on sale in India.

The three models are the Chief Dark Horse, Chief Bobber Dark Horse, and Super Chief Limited, and Indian has announced that prices will start from Rs 20.75 lakh. This will help fill the massive price gap between the Rs 16.20 lakh Scout Bobber Twenty and the Rs 25.80 lakh Vintage in Indian’s current line-up for India.

Representing an entirely different flavour of motorcycle is the Indian FTR range – the most dynamically capable models in the Indian line-up. Brembo brakes, Metzeler Sportec M9 RR tyres and fully-adjustable Sachs suspension aren’t specs that you’d usually associate with an Indian, but that’s exactly what the FTR packs in. The Metzeler tyres are possible because for 2021, the FTR has dropped its 19-inch/18-inch wheel combo for a more conventional pair of 17-inchers (except the Rally variant which continues with the older wheel sizes).

Power comes from a bored-out version of the Scout’s V-twin, which now displaces 1,203cc, and produces 123hp and 120Nm. When it was here in the BS4 era, we got the ‘S’ variant of the FTR, which packs in a 4.3-inch TFT touchscreen, three ride modes, IMU-based electronic aids and an Akrapovic exhaust system as standard. This is the model we expect to receive in August, priced at around Rs 17 lakh. It will possibly also be accompanied by the standard FTR which could get a more affordable price tag in the range of Rs 15 lakh.