The update to Ducati’s superbike is quite comprehensive, with the engine, gearbox, ergonomics, electronics, chassis and aerodynamics being tweaked. 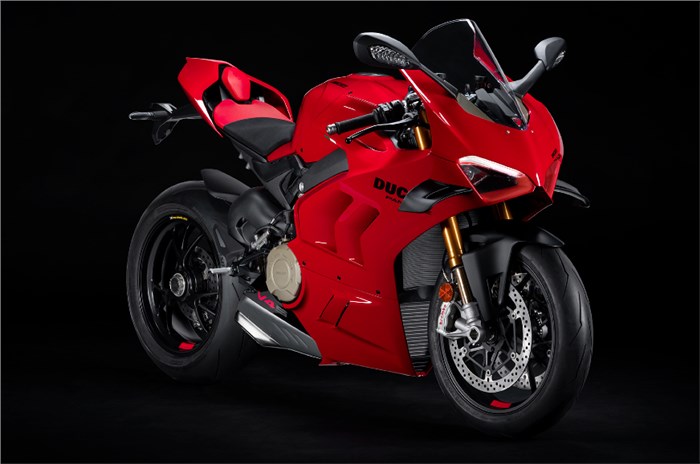 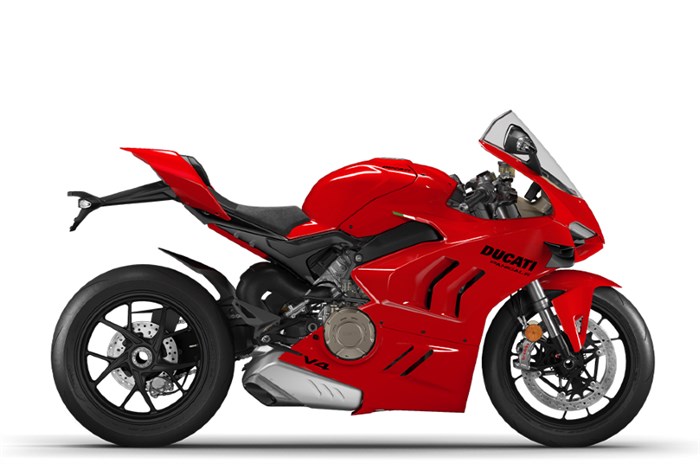 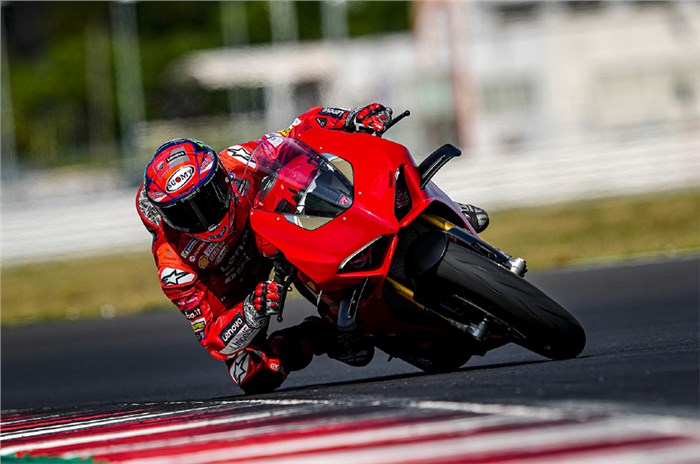 Ducati has rolled out the 2022 Panigale V4 and the Bologna brand’s superbike has received a whole host of updates and improvements.

Never one to rest on its laurels, Ducati has endowed its Panigale V4 with a whole host of updates for the 2022 model year. It’s not like the bike was lagging behind compared to the competition; quite the opposite, in fact. Nevertheless, the Bologna brand has found ways to improve the engine, gearbox, ergonomics, electronics, chassis and aerodynamics on the standard and ‘S’ variants, resulting in the most comprehensive update to the bike since it was launched.

The 1,103cc Desmosedici Stradale V4 engine has been left relatively untouched, with only a few changes to the lubrication system and exhaust system, including an oil pump that saps less power, and larger diameter exhaust exits to reduce back pressure. As a result, peak power is up slightly, from 214hp to 215.5hp, though torque has reduced, but only by 0.4Nm to 123.6Nm.

The accessory Akrapovic exhaust system has received its own set of changes, now terminating higher up on the motorcycle, as compared to the earlier belly design. As a result, the 228hp output figure has been retained, but with a much lower sound level – 105dB compared to the earlier 109dB, that can be reduced to 102dB with the installation of a decibel killer.

More radical changes have been made to the gearbox, which features taller first, second and sixth gears. The idea behind the changes is to make first gear more usable, more often at slower speed corners on-track, while stacking the rest of the cogs closer, to improve acceleration. The taller sixth gear delivers a higher top speed – 5kph higher, as per Ducati.

The electronic aids and maps have also been revised to accommodate these changes and the Panigale V4 now features four power modes: full, high, medium and low. Full offers maximum power in all gears except first, while low caps output at 150hp. The TFT dash has received a Track EVO mode which makes the rev counter more prominent and also highlights what rider aids are being used at any time.

The aforementioned higher top speed is not only down to the increased power, but also more efficient aerodynamics. The new winglets offer the same downforce as before: 37kg at 300kph, but with less drag. There are also new exhaust vents cut into the lower fairing to help with heat management, especially at high speeds.

On the chassis front, the fork on the S variant is new – now an Ohlins NPX 25/30 unit. It features 5mm more travel than before (125mm now) which allows for slightly lower spring stiffness: 9.5N/mm as compared to the earlier 10N/mm. While the rear shock and steering damper (and all the standard variant’s suspension hardware) have remained untouched, the swingarm pivot is now 4mm higher than before to provide better anti-squat characteristics and improve stability under acceleration.

The final area to which changes have been made is ergonomics. The seat is now flatter and features a different surface finish to make it grippier, and the shape of the fuel tank has also been changed to allow the rider to better anchor themselves when braking. It also better accommodates the rider’s arm when hanging off at full lean.