Rocket 3 produces 167hp and 221Nm and has some very impressive hardware. 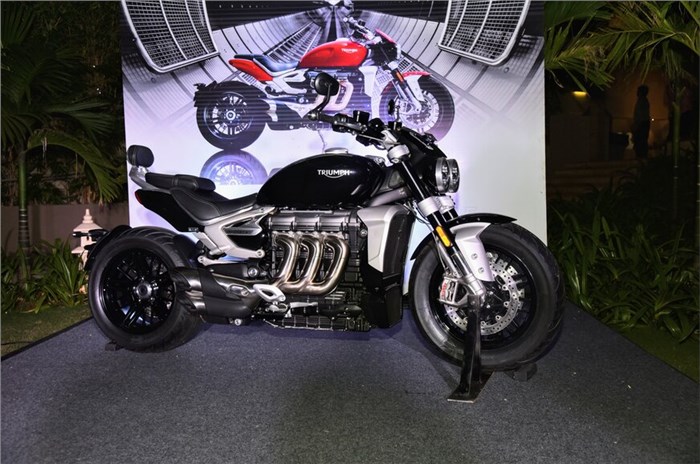 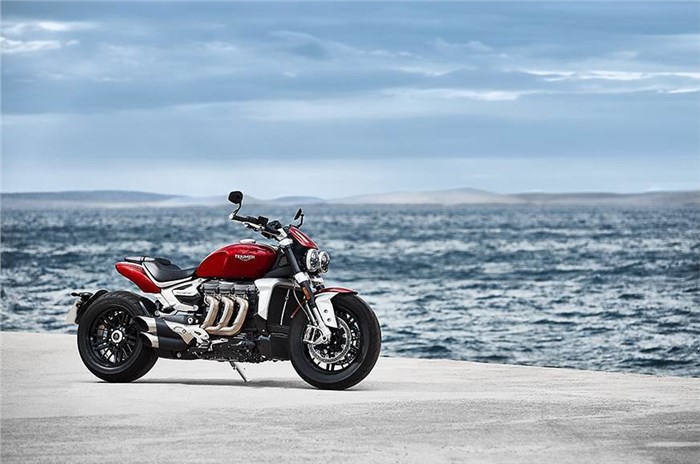 Triumph has just launched the Rocket 3 at Rs 18 lakh (ex-showroom, Delhi) just a day before the India Bike Week. The new Rocket 3 is based on an all-new platform and is available in two variants internationally – Rocket 3 R and Rocket 3 GT and for now, only the former has made its way here. The Rocket moniker was resurrected when the 2020 Rocket 3 was unveiled globally a few months ago. The new Rocket 3 is around Rs 2 lakh cheaper than the older model. This has happened thanks to the bike coming in from Thailand via FTA.

The Rocket 3 is powered by a 2,500cc, liquid-cooled engine – making it the largest unit to be fitted on a mass-produced motorcycle. The motor produces 167hp at 6,000rpm and a whopping 221Nm at 4,000rpm. It is also significantly lighter (by 18kg) thanks to a new crank case assembly, lubrication system and balancer shaft. In fact, the bike itself is over 40kg lighter than its predecessor.

Part of the weight savings are also thanks to a new, all-aluminium frame, with the engine acting as a stressed member. Suspension duties are taken care of by 47mm, compression and rebound adjustable, Showa USD forks (with 120mm travel) at the front and a monoshock at the rear with a Showa piggyback reservoir and remote adjuster (with 107mm travel). Braking, meanwhile, is handled by twin 320mm discs at the front with Brembo Stylema four-piston monobloc calipers (the same ones seen on the Ducati Panigale V4), and a 300mm disc at the rear with Brembo M4.32, four-piston calipers.

The Triumph Rocket 3 is a mammoth of a motorcycle and it has no direct rivals. The closest competition it has is the Ducati Diavel that is priced almost exactly the same at Rs 17.7 lakh (ex-showroon, India).