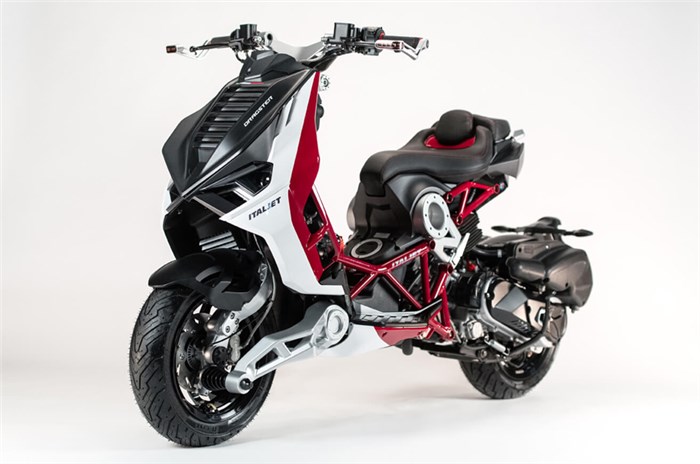 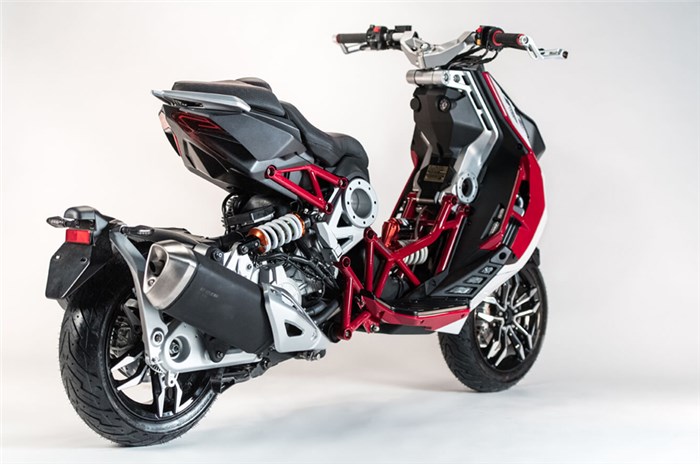 Italjet has confirmed that the production of the latest Dragsters – the 125 and the 200 – will begin soon in Italy, with deliveries set to begin in the second quarter of this year. The funky-looking performance scooter has been a long-time coming and was first showcased in its current form at EICMA 2018.

The Italian brand has said that the scooter will be sold through 50 dealers in its home country and by importers in global markets like Germany, Austria, Switzerland, UK, France, Spain, Taiwan, Vietnam, Philippines, Indonesia, Thailand, Malaysia, Japan, Australia, New Zealand, Russia, South Africa, and South America. Two big two-wheeler markets that are missing in this list are North America and India, sadly.

An extreme-looking scooter like this would have been quite a sight on our roads. The exposed, bright-red trellis frame, unique front suspension and Independent Steering System (ISS) are uncommon, to say the least. The Dragster has isn’t all show and no go – it’s powered by a 14.9hp/12.5Nm 125cc and a 19.8hp/17Nm 200cc engine in the 125 and 200 variants, respectively. Both engines are DOHC, single-cylinder, liquid-cooled units that are mated to CVTs.

Italjet has begun taking pre-orders for 499 numbered (from 1 to 499) units of both, the 125 and the 200. The high-end equipment does mean that these limited-edition scooters won’t be cheap. In fact, they’ll likely be three times more expensive than our conventional 125cc scooters.

You may be surprised to hear this, but Italjet made a brief appearance in India, back in 2006, in collaboration with Kinetic, and the tie-up brought us the Blaze.