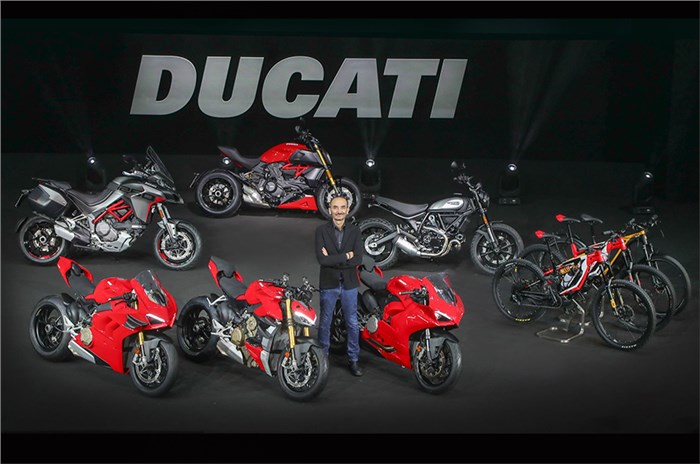 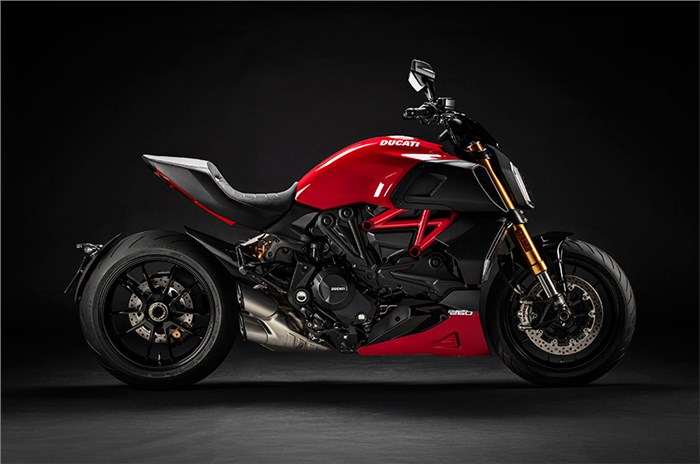 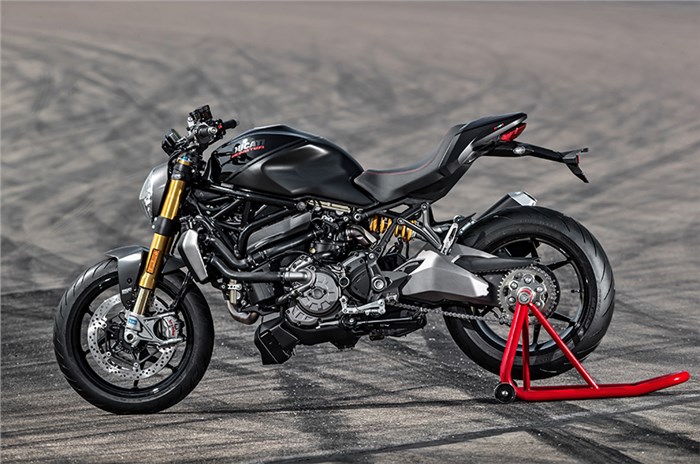 At the World Ducati Premier, the Italian manufacturer unveiled its 2020 line-up of motorcycles which sees the addition of two new models.

The new Streetfighter was the star of the show, and is also one of the most anticipated motorcycles of the year. Ducati has unveiled two variants of the motorcycle – the standard V4, and the V4S which gets Ohlins electronic suspension, Ohlins steering damper and lighter and Marchesini rims.

The new super-naked is essentially a Ducati Panigale V4, sans the fairing, that is equipped with a high and wide handlebar for more street-oriented ergonomics. The Streetfighter is expected to offer an equally thrilling performance from its 1103cc, Desmosedici Stradale, V4 engine that produces 208hp at 12,750rpm and 123Nm of torque at 11,500rpm. And if you think that’s not enough, Ducati will also sell you a full Akrapovic exhaust system that bumps power up to 220hp and the torque to 130Nm. The kerb weight of the standard version is 201kg, while the S version weighs 199kg. Ducati has also tinkered with the fuel and throttle maps to suit the characteristics of the Streetfighter, keeping with the demands of riding on the street. Head here to know what else this super-naked has to offer. 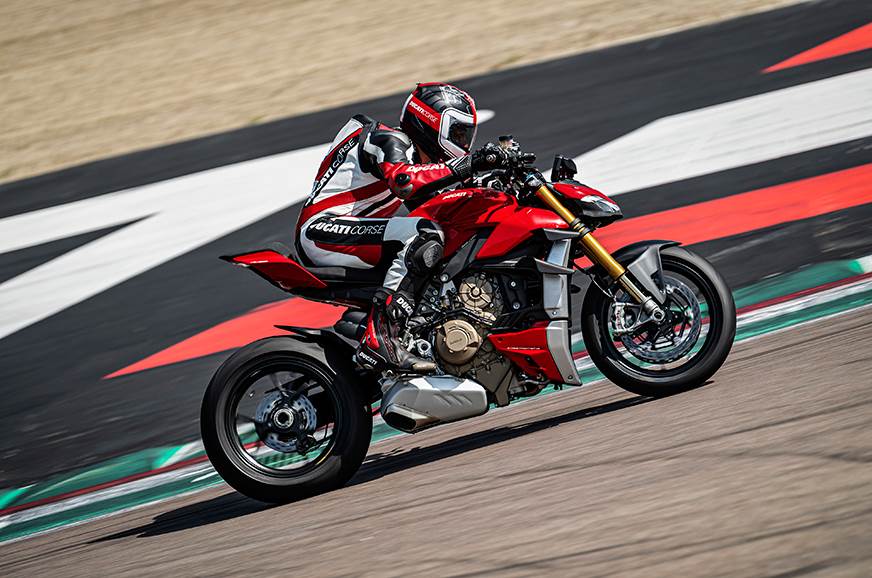 The Panigale V2 is a new model that will replace the outgoing 959 Panigale. The Panigale V2 looks like a baby Panigale V4, as it gets the the same design, down to the single-sided swingarm. The only exception is the new exhaust system that comes with a single, short-end pipe, as opposed to the underslung, twin-port exhausts on the Panigale V4.

Under the new bodywork, however, is the same frame and 955cc Superquadro engine seen in the current 959 Panigale, except that the motor is Euro5 (BS6) compliant. It also produces 5hp more than the unit in the 959, which raises the maximum power to 155hp at 10,750rpm. The maximum torque produced is 104Nm at 9,000rpm. The V2 also gets a comprehensive electronics package, details of which can be seen here. 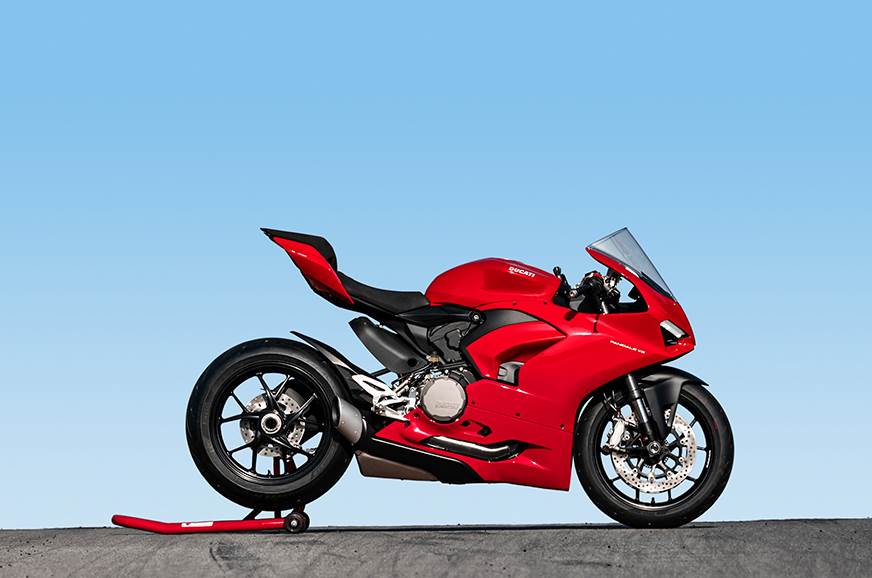 Another significant update is in the form of the new Panigale V4. Ducati has made a series of minor refinements for 2020 that have made the Panigale V4 faster, while being easier to use.

The Panigale V4 is now equipped with bodywork derived from the V4 R, like larger lateral fairings, aero winglets, a more efficient windscreen and side vents. Minor adjustments have also been made to the front frame; the stiffness has been modified to provide better front-end feel. An updated electronics package with Ducati Traction Control (DTC) EVO 2 and Ducati Quick Shift up/down (DQS) EVO 2 are also part of the new V4. Mechanically, the V4 and V4S will use the same 1,103cc Desmosedici Stradale V4 that produces 214hp at 13,000rpm and 124 Nm at 10,000rpm. 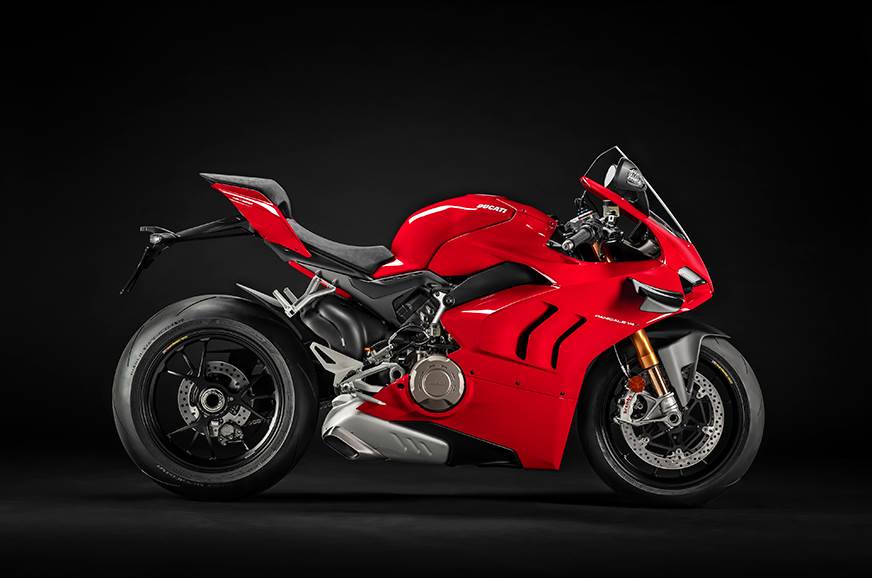 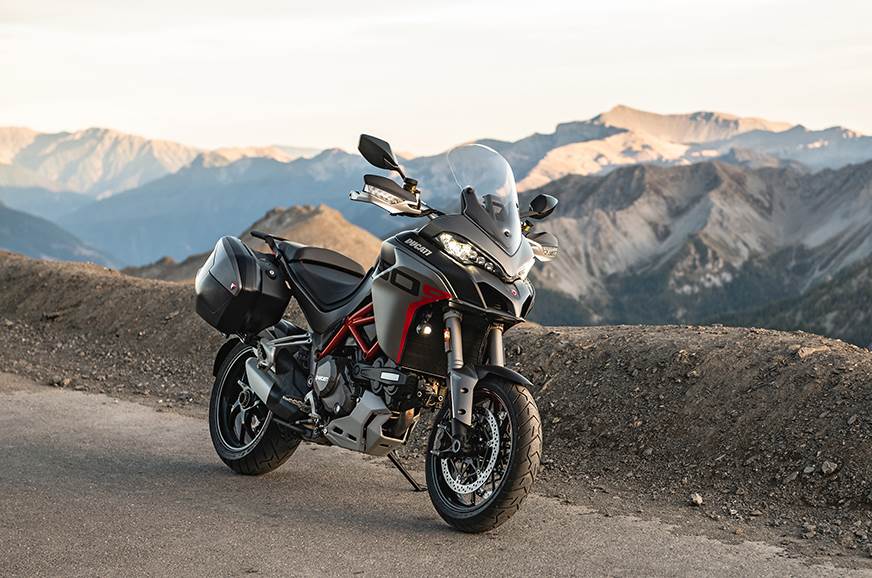 The Diavel gets two new colour schemes, namely Dark Stealth for the standard version, and a new Ducati Red with white trim for the S version. For 2020, the Scrambler Icon will also be available in a new 'Dark' colour scheme, while the Monster 1200 gets a ‘Black on Black’ colour option.

The range also included three electirc bicycles. The first of these is Ducati MIG-RR Limited Edition, of which just 50 will be made. These will feature Ohlins suspension, carbon rims, an electronic gearbox. The second model is called the Ducati MIG-S, a mountain bike while the third model, the E-Scrambler is Ducati's 'Trekking' version.