The 326hp, supercharged H2R is the most powerful production bike in India; but not road-legal. 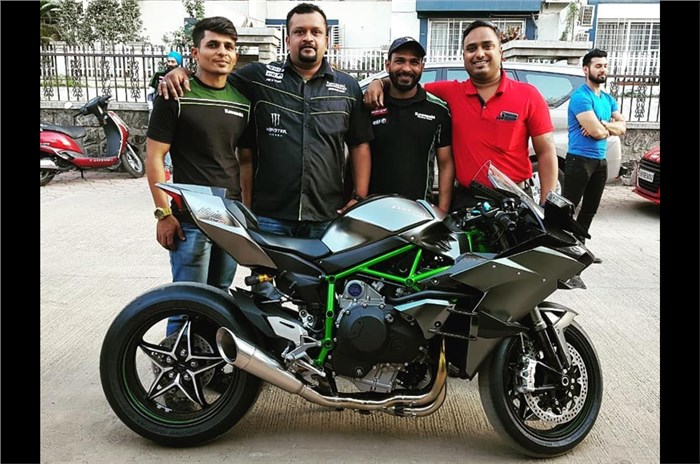 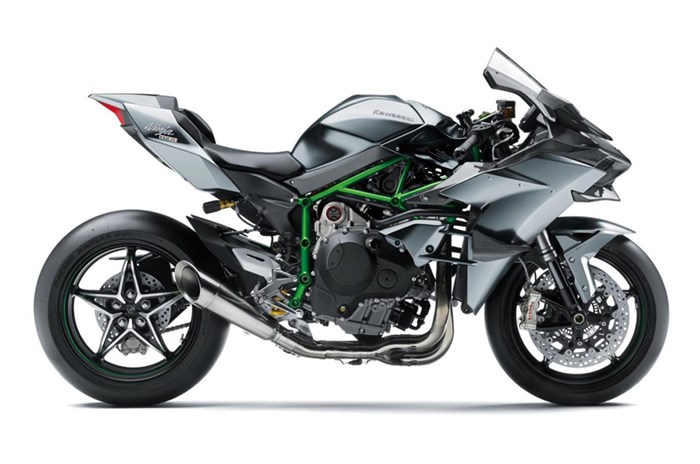 Kawasaki has just delivered its only 2019 model year Ninja H2R for India. At 72 lakh, the H2R sports a price tag more than twice that of the ‘standard’ H2, and power and torque figures that are much higher as well. The motorcycle also has large carbon-fibre wings on the fairing that help increase downforce and keep the front wheel down.

If those facts aren’t mind-numbing enough, here are some statistics. The H2R has a top speed of 400kph, and according to a world record attempt, it reaches that figure from a standing start in just 26sec! The high-performance machine also has a service interval measured in hours and not kilometres like most other bikes. The first service, for instance, has to be carried out within 15hr of usage.

The Kawasaki H2R was recently updated for 2019 where it got Brembo’s top-of-the-line Stylema calipers with large 330mm discs; a special durable paint on the bodywork that features a special coat that allows scratches to repair themselves and a supercharged moniker on the engine casing. However, everything else has remained unchanged from the 2018 model. Now with middleweight motorcycle getting closer to the litre-class mark, 998cc may not seem like much; but this bike uses forced induction to produce the highest power figure of any factory-built motorcycle in the world – it makes an astonishing 310hp (326hp with RAM air) at 14,000rpm and 165Nm of torque at 12,500rpm. The transmission on this motorcycle is special as well; it uses a 6-speed ‘dog-ring’ box similar to the ones found on MotoGP motorcycles.

To help keep this powerhouse of a motorcycle under control, it is equipped with a host of electronics. Kawasaki has used an inertial measurement unit (IMU) to add a ‘layer of precision’ to the Kawasaki Traction Control (KTRC), the Kawasaki Cornering Management Function (KCMF), the Kawasaki Launch Control Mode (KLCM) and the Kawasaki Intelligent anti-lock Brake System (KIBS). The IMU enables inertia along 6 DOF (Degrees of Freedom) to be monitored, and it then sends the data to the motorcycle’s ECU. The H2R also uses aerodynamic bodywork and – since it's a track-only bike – has wings instead of rear-view mirrors.

Suspension on the H2R is taken care of by a fully-adjustable, 43mm USD fork and a fully-adjustable monoshock. Under all of the carbon-fibre bodywork lies an aluminium trellis frame and a single-sided swing arm that helps keep the kerb weight down to 216kg. The fuel tank capacity, meanwhile, is 17 litres. Being a track-only motorcycle, the H2R isn’t required to meet noise regulations, which is why it uses an all-titanium exhaust system made up of header and collector pipes, a joint pipe, and a straight pipe megaphone-style silencer.

While there is no direct rival to this manic Kawasaki, there is another track-only motorcycle that is really fast and really expensive (Rs 85 lakh) – and it is called the BMW HP4 RACE.