Soon after Suzuki launched its range of dirt bikes in India, Kawasaki announced the launch of 2019 editions of its motocross and enduro machines. The 2019 Kawasaki KX250 has been priced at Rs 7.43 lakh, while the KX450 and the KLX450R will retail for Rs 7.79 lakh and Rs 8.49 lakh, respectively (all prices are ex-showroom).

The KX450 gets a new motor and is claimed to be the most powerful offering in its segment. Other additions on the new powerplant include a finger-follower valve actuation (VVA), electric starter and a hydraulic clutch. All the above updates have been introduced on a Kawasaki motocross bike for the first time. Kawasaki engineers also have introduced a lighter aluminium perimeter frame with increased rigidity. Weight-savings in the frame is crucial as the addition of electric-start and the return to a coil-spring fork brought with them some extra weight. Braking hardware has also been updated with a new front brake master cylinder. 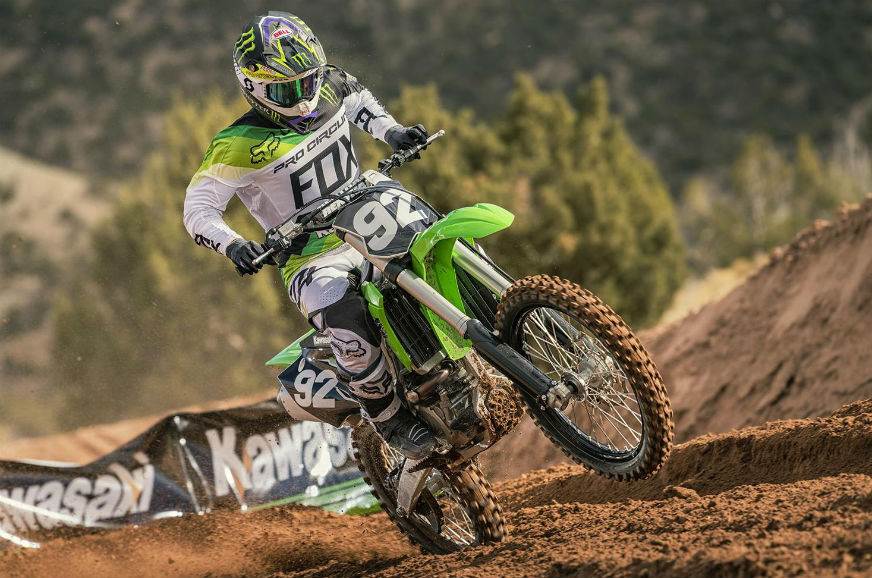 Speaking on the launch, Yutaka Yamashita, Managing Director of India Kawasaki Motors, said, “Our motocross models have been performing well in various national and global competitions. Motocross enthusiastic now will have more exciting experience with KX450 and KX250, and as far as Enduro enthusiastic are concerned, the KLX450R is a complete package with power performance, electric start and performance components.”

The Kawasaki KLX450R, on the other hand, gets an LED tail-light and digital instrument console. It is heavier than its motocross sibling at 126kg, but features better wheel travel – 305mm at the front and 315mm at the rear. It also gets the new 449cc, single-cylinder motor as seen on the KX450, which will be in a different state of tune. Kawasaki, however, hasn’t shared any power figures for either motorcycle.