2018 The advent of Electric two-wheelers

Just as in China, the world’s largest EV market, motorcycles and scooters could help drive the shift to mass-scale electro-mobility in India in 2018 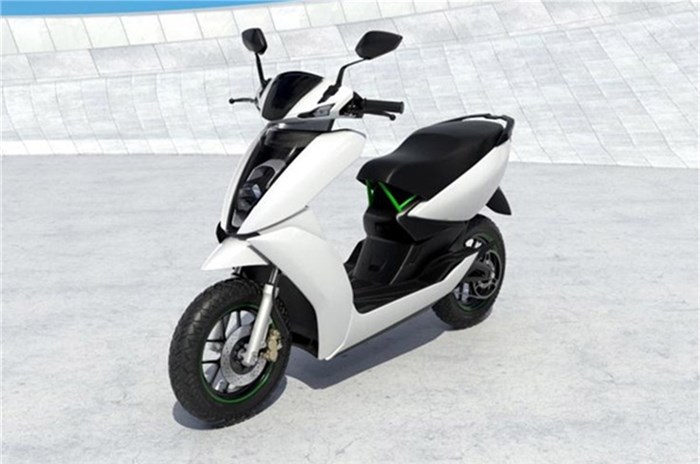 Compared to the increase in electric cars and buses being announced by various automakers in India, the electric two-wheeler scenario appears to be a lot more promising. EVs are receiving an increased input in the form of research, financial acquisitions and investments, which make this vehicle segment very exciting. There's also the forward push by the central government and the recommendations of its think-tank, NITI Aayog.

Hero MotoCorp made a strategic investment of Rs 205 crore for a 26-30 percent stake in Ather Energy, a Bengaluru-based start-up whose CEO and co-founder, Tarun Mehta,  believes that "smart connected electric vehicles are the future and India will be an important global player in it". Hero MotoCorp has also heavily invested in setting up its world-class R&D facility near Jaipur.

Pawan Munjal, chairman, MD and CEO of Hero MotoCorp had stated that his outlook on the need to adopt eco-friendly two-wheelers, saying , “Adoption of environment-friendly fuel is a priority for Hero, as is propagating sustainable manufacturing through green facilities.

Hero MotoCorp has been following a two-pronged strategy in developing the electric two-wheelers – investments in Ather Energy and development of EV capabilities internally. The company already has a long-established presence through Hero Electric.

Ather Energy first revealed the S340 in early-2016. Since then, it has filed 15 patent applications for its innovations intended to help personalise the consumer ride experience, like user profile-based sign in, onboard navigation and pre-configured drive modes like sport and economy.

TVS Motor Company, India’s third largest two-wheeler player, has lined up a hybrid and a pure-electric scooter for commercial launch. recently said,  “Our electric vehicles will also come by February-March 2018," said TVS Chairman Venu Srinivasan. "We will be using our own battery management system (BMS). But we will be buying individual cells from international suppliers but the battery itself, which includes connecting them and making the BMS, will be done internally.”

TVS' intent to grow in the EV space is evident – in December, the company picked up a 14.78 percent stake in Ultraviolette Automotive, which is a Bangalore-based electric two-wheeler and energy infrastructure start-up. Giving his outlook on TVS Motor’s future-readiness, Srinivasan had said, “You will have to commit investments in multiple technologies.”

TVS also showcased an exciting electric scooter concept at Auto Expo 2018. The Creon e-scooter features a 12kW electric motor powered by three lithium-ion batteries which lend it an impressive performance. TVS claims the Creon can go from 0-60kph in 5.1sec – that’s quick, by scooter standards – and boasts a range of 80km. The Creon also offers a rapid charging option, which facilitates 80 percent charge in just 60 minutes.

TVS has also placed an emphasis on connectivity and has equipped the Creon with a range of tech developed in collaboration with Intel. It gets a TFT screen which displays the speedometer, battery charge, battery health status, tachometer, trip meter and odometer. The Creon is app-enabled and also offers Cloud connectivity, three riding modes, regenerative braking, park assist, GPS, geofencing and safety/anti-theft features. In addition, it gets a smartphone charger and an underseat storage that can accommodate a full-face helmet. The Creon is built on an aluminium perimeter frame and that’s rather comprehensive for a scooter. Naturally, many of these features won’t make it to a production machine, but the powertrain that lies beneath is what’s interesting from a production standpoint.

Bajaj Auto is another major two-wheeler player which has commenced development of electric vehicles. Our sister publication, Autocar Professional, was the first media publication to break news about the company’s plans to foray into the EV space with battery-powered three-wheelers and has learnt that it is also developing EV competencies for future electric two-wheelers.

Tork Motorcycles is yet another Pune-based start-up. It plans to launch an electric motorcycle in the domestic market, soon. The T6X is powered by a 6KW lithium-ion. It manages an impressive 27Nm of torque and a range of 100km on a single charge. Its top speed is limited to 100kph at present and its battery is good for 80,000-1,00,000km. The bike’s battery can reach 80 percent capacity with just one hour of charging and gets fully charged in two hours.

In 2016, Ampere Vehicles, led by Hemalatha Annamalai also got funding from people like Infosys co-founder and former CEO Kris Gopalakrishnan and Tata Sons chairman emeritus Ratan Tata. The company is known to have sold more than 20,000 electric vehicles, so far.

Mahindra & Mahindra's (M&M) two-wheeler division is also learnt to be working on electrification of existing models along with other concurrent projects. A clue came from Anand Mahindra, chairman, Mahindra Group, who visited his company’s Pune-based two-wheeler R&D facility on September 15, 2017 and tweeted, “A peek at the electric variant under development.”

Sources aware of the ongoing electric vehicle project at Mahindra Two-Wheelers have disclosed to Autocar Professional that a team of engineers at the company is working on the electrification of an existing scooter, understood be on the platform of the Gusto model.

M&M is not a novice at the EV game. Not only does it have a first-mover advantage in electric cars but it also has a US-based venture called GenZe that is involved in the manufacture and sale of electric two-wheelers.

Although many industry experts feel that electric two-wheelers will see the first signs of mass-scale penetration in urban pockets, Hemalatha of Ampere Vehicles, who has worked with individuals at the root level by empowering them with low-cost transportation and commuting solutions, observes, “Rural customers are no different than urban customers. In fact, rural customers are more flexible and willing to adopt newer means of commuting such as the electric two-wheelers."

2018 is expected to be a watershed year for the electric two-wheeler market, which will see many new models joining the fleet on road. Now, it's up to riders across the country to bite the green two-wheeler bullet. It could be surmised that riders in traffic-gridlocked metro cities could be the first to vote for electric two-wheelers since they would use it more for short runs as urban runabouts.