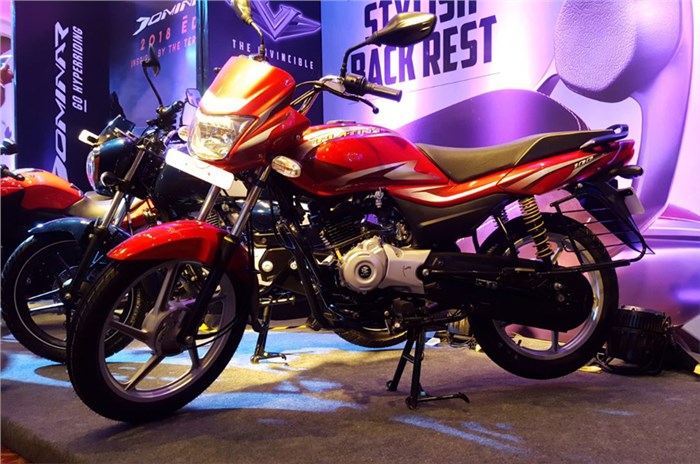 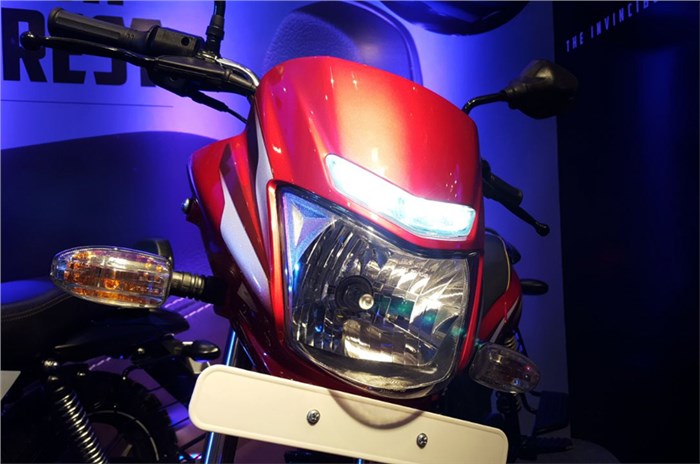 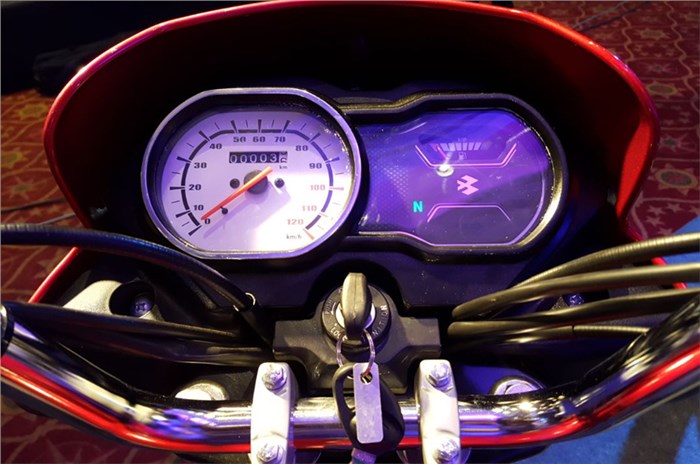 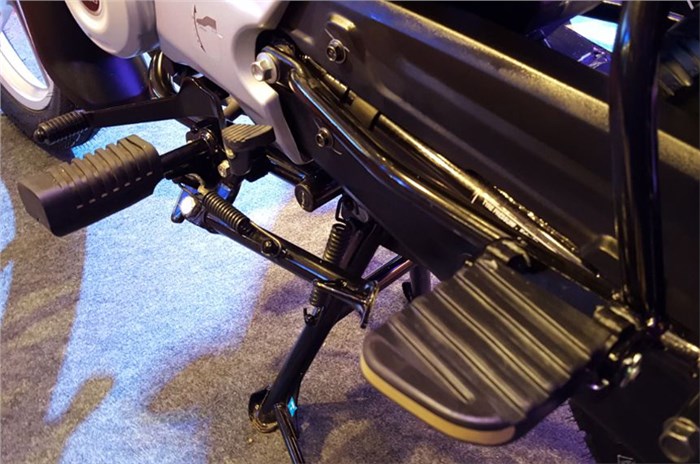 Bajaj has showcased the new Platina that was launched back in October 2017 at Rs 46,656 (ex-showroom, Delhi). The refreshed version their 100cc commuter motorcycle now features an LED DRL to meet new government regulations. The motorcycle features some cosmetic changes as well.

The LED DRL is placed right above the headlamp, with Bajaj claiming that the low power consumption of this LED unit will help it deliver a higher mileage than other AHO- (Automatic Headlamp On) equipped motorcycles. Other than the addition of the DRL, the motorcycle remains largely unchanged. It continues to use the basic commuter styling with a few updates.

The 2018 variant gets a redesigned instrument cluster that continues to use an analogue speedometer, fuel and odometer gauges. However, the cluster has a new look to it. The popular commuter motorcycle also features a new graphic scheme and will be available in only two colour options – ebony black with silver graphics and cocktail wine with red graphics. An interesting new feature is the rubber foot pegs, which should help to reduce vibrations.

The Platina continues to use the same 102cc, air-cooled, single-cylinder engine that produces 8.2hp at 7,500rpm and 8.6Nm of torque at 5,000rpm. The motor is mated to a four-speed gearbox that aids in achieving a claimed top speed of 90kph and cover 80km on a litre of fuel.

In terms of competition, the Bajaj Platina ComforTec goes up against the TVS Star City, Hero Splendor, Mahindra Centuro and Honda Dream CD110.