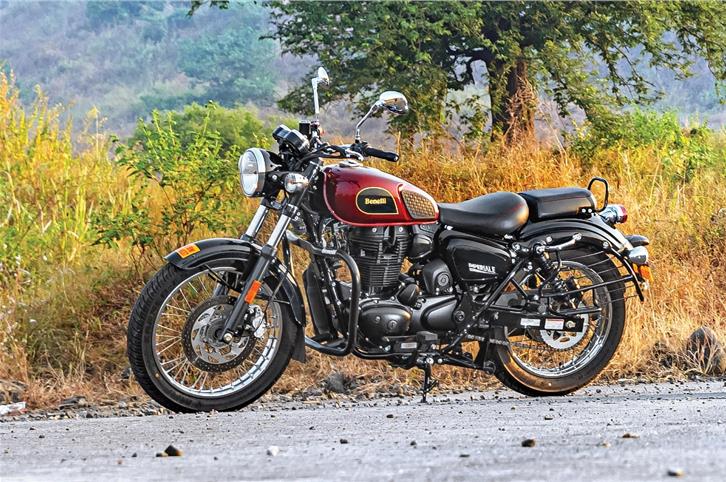 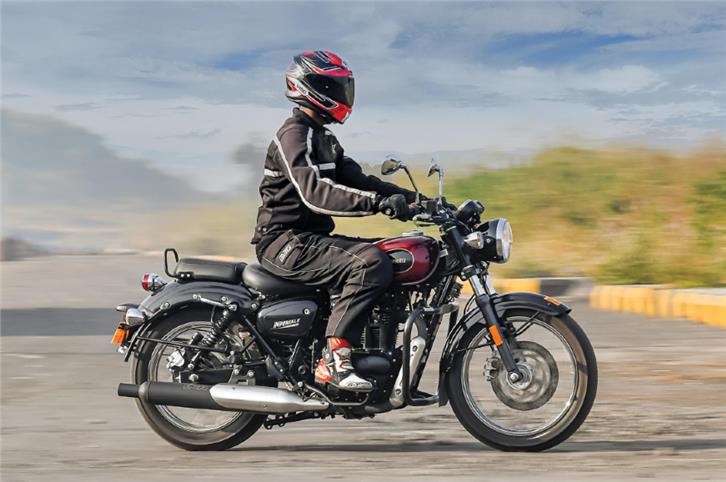 Upright ergos put you in a commanding and comfortable position. 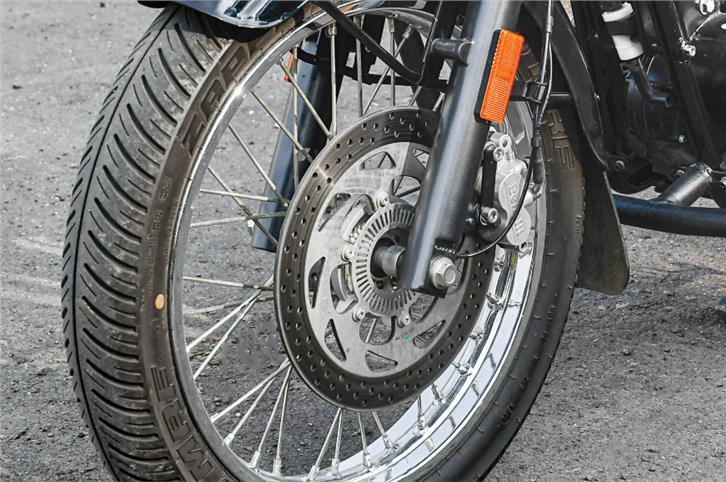 Front brake feels wooden and weak for a bike of this heft.

We wave goodbye to this feel-good machine with a largely positive impression.

Rather ironically, I joined the Autocar team just as the Imperiale was about to make its exit from our fleet. But since the preceding months had seen very little riding due to COVID-19 restrictions, we managed to convince Benelli to prolong its stay with us just a little. The brief from my boss was simple: “pick up the bike and put some miles on it.” Like I needed to be told that! With a bike like the Imperiale, putting miles on the odometer happens quite naturally, without even trying.

My most enjoyable ride on the bike was a run down the Konkan coast to Diveagar – home to a pristine beach that’s yet to feel the effects of commercialisation. This involved taking a ferry from Mumbai to Mandwa. I say ferry, but it’s more of a portal into an alternate universe. The relentless hustle-bustle of Mumbai is a world away from the lackadaisical pace of life you’re immersed in as you disembark. And it’s this old-world universe that the Imperiale took to like a fish to water. 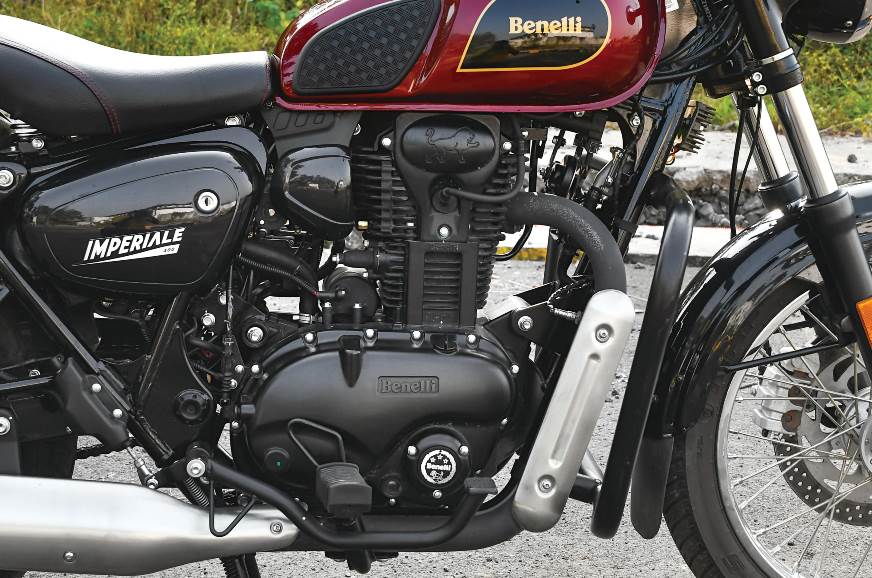 Torquey and refined engine is a joy to use, sounds great too.

Trundling along two-lane back roads through the wilderness, passing through obscure little hamlets, the Imperiale felt completely at home, with the surroundings perfectly complementing its unrushed character. Well, unrushed for the most part. Because every once in a while, this bike aspires to have cruise control, and continues chugging forward, long after you’ve rolled off the throttle. And cruise control is the last thing that you’d want on a motorcycle like this, even if it was deliberate, because the Imperiale has a thoroughly analogue, old-school feel to it.

Its rather small 12-litre fuel tank might have been able to do the whole trip in one go, because at nearly 35kpl, the Imperiale’s overall fuel efficiency has been rather respectable. But the erratic fuel gauge (one of the few digital bits on the bike!) robbed me of the confidence I needed, causing me to chicken out and dive in for a fuel stop towards the end. This was just as well, because my passenger was having a hard time on the Imperiale’s small, firm pillion seat. 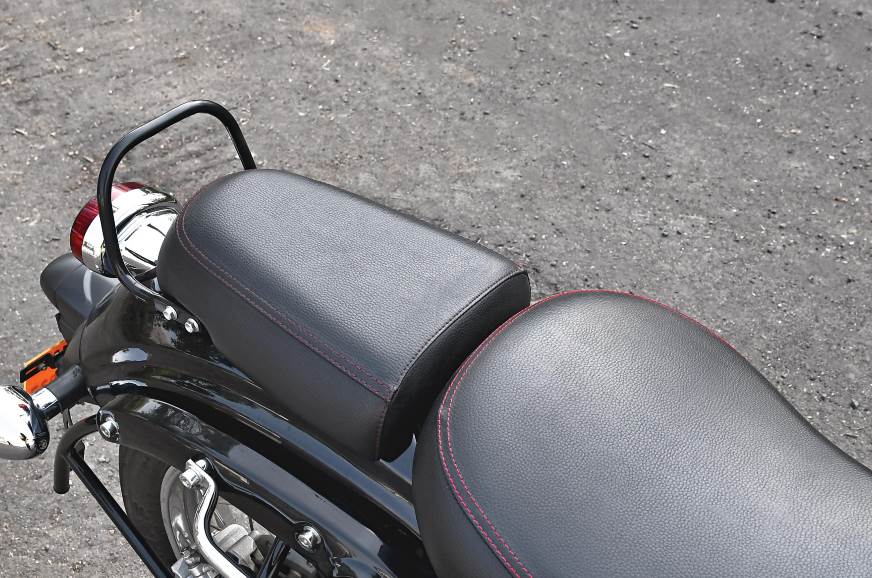 Narrow and firm pillion seat causes aches after a while.

I’ve also greatly enjoyed sneaking out for the occasional late-night spin on the Imperiale. With everyone worn down from the daily grind and the roads as empty as they’ll ever be, Mumbai by night is about as close as you can get to the Alibaug pace of life. So, with dollops of torque to carry you around and no maze of traffic for this behemoth to navigate, the Imperiale is at home once again.

My time with our Imperiale was brief, but with a character as strong as this, it doesn’t take long for this bike to work its charm on you. It certainly isn’t flawless, but it’s got a strong feel-good factor that’s largely down to its large dimensions, thumpy soundtrack and likeable engine. And it’s because of this feel-good factor that the Imperiale is a bike that you’re always happy to welcome into your garage.