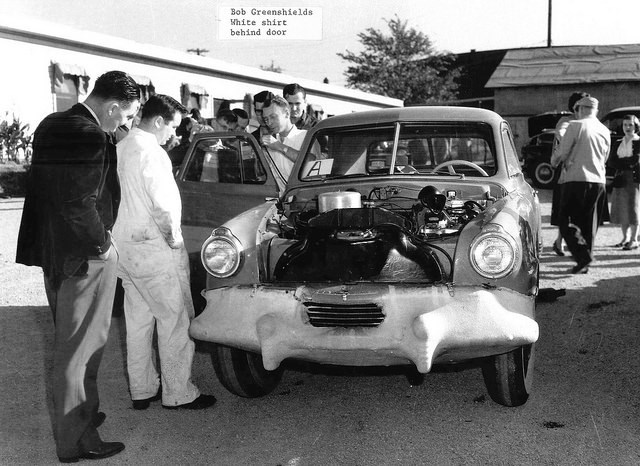 Shell scientists analyse the winning car at one of the first Shell Eco-marathons. 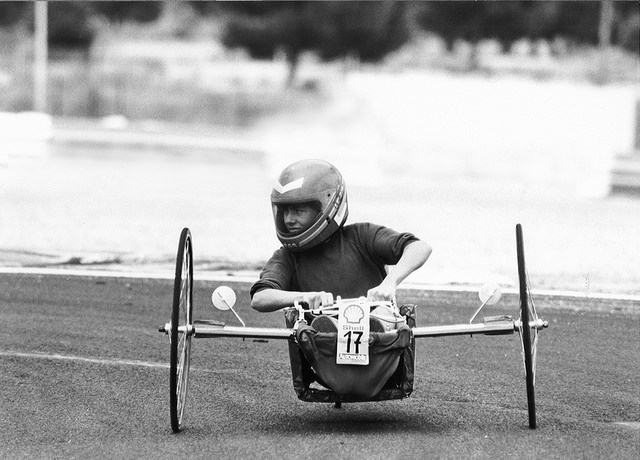 A prototype car back in 1985 at the first Shell Eco-marathon Europe. 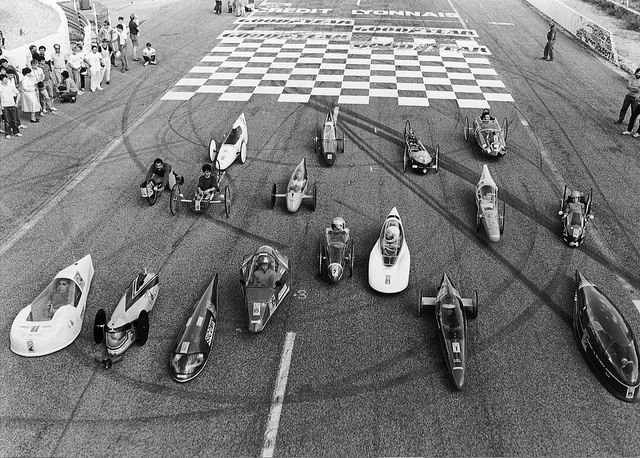 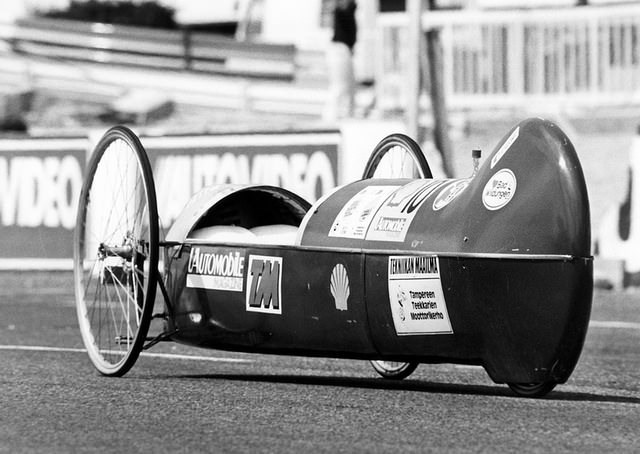 Shell, a global group of energy and petrochemical companies, strives to meet the world's demand for energy in economically, environmentally and socially responsible ways. We're taking a look at one of its attempts at creating a sustainable future for energy.
It’s about energy.
On the face of it, it doesn’t make sense. Why would an ‘oil company’ create an event in support of alternative energy? But that’s just it. Shell is an energy company. And today we face a major energy challenge. We've all read and heard about the environmental complications created by human impact. Climate change is now a normal part of conversation. And, for some reason, we’re not worried. We’ve assumed it’s someone else’s problem (SEP) and as an amazing author once put it, when something is surrounded by the SEP field, it instantly goes unnoticed by everyone. But it needs to be noticed. Holding on to how things were done in the past is a quick route to irrelevance. To stay relevant in a fast-changing world, Shell needs to look to the future. The Shell Eco-marathon is one way to create an opportunity that can help. The innovations that come to life with the support of the Shell Eco-marathon may one day change the way we think about, generate and consume energy.

It isn’t new.
The first-ever ‘race’ for efficiency, or rather, the birth of the Shell Eco-marathon, started with a wager in 1939. A few engineers at Shell set a friendly wager to see who could go the farthest on the same amount of gasoline. Remember, this was a time when cars were big and heavy and engines weren’t half as refined as they are today. But a wager is a wager, and the engineers went to work on their cars, stripping them of everything that wasn’t necessary. They pulled out the seats, doors, hood and boot lids and everything else they could do without. They then tuned the engines to perform optimally. The result was astonishing. The winning 1924 Studebaker did 49miles/gallon, which is slightly over 20km/litre! That’s impressive even by today’s standards. Achieving this wasn’t even complicated. It was a simple, conscious application of methods for refinement known in 1939.
Now that’s something to think about.
This little wager then spun off to eventually create three annual global events. The Shell Eco-marathons of the Americas, Europe and Asia. Shell decided that since this event was to help shape the future of energy and mobility, it should be focused on those who could contribute to shaping it. The competition was made a free event and open to students from around the world. Did it work? Well, at the 1985 Shell Eco-marathon Europe, one team managed to eke out 680km from one litre of gasoline. So yes. It worked. Since it’s focused on energy, Shell also encourages participating teams to explore alternative sources of energy like hydrogen, diesel, ethanol and solar power. It also serves an additional purpose. The popularity of academic streams like science and engineering has been steadily decreasing. Providing a meaningful hands-on challenge like the Shell Eco-marathon attracts young minds to these streams. Shell hopes this perseverance leads to breakthroughs.

Have there been any?
The way energy efficiency is thought about hasn’t changed, but the technical means have advanced considerably. Intensifying competition in the Shell Eco-marathon created opportunities which pushed ingenuity and inventiveness. Although all information regarding the technologies used to increase engine efficiency belongs to the teams and their universities and Shell does not take any of it, there is some information that can be shared. We spoke to Norman Koch, Technical Director for Shell Eco-marathon, who, in addition to a wealth of information about this event, said, "Engine start-stop technology (popularly referred to in India as micro-hybrid) was first seen in the competition in the late '80s; commercial application didn’t come about until the 2000s. The technology governing variable cylinder usage depending on power required also debuted here". He mentioned that trends also show a serious move to lightweight materials like carbon fibre and monocoque structures. Some teams have also started building their own engines and use of ceramic parts in the engines has also been noticed. Advancements have also been made in insulation, lubrication, some even have no engine oil and the engines are crafted in a manner that reduces friction and heat. Attention is even given to parts like the bearings. Ball bearings are still common, while some have moved to cylinder and even needle bearings. Mr. Koch shared a notable example where needle bearings used in a wheel kept it spinning for about 15 minutes after it was pushed by hand.

So where is the Shell Eco-marathon Asia being held?
In 2015, the Shell Eco-marathon’s Asia leg will be held at Rizal Park in Manila, Philippines, from February 26th to March 1st. Along with the main challenge, there are some very interesting things visitors can do. There’s a fun-packed visitor’s area which is designed and constructed so that the guests can learn and experience energy and mobility via a large number of interactive exhibits. The venue works as a fascinating interactive science museum. And with 17 Indian universities participating in Shell Eco-marathon Asia, we have reason to cheer too!
Anoop Padate