We drive the TSI-powered 2012 Volkswagen Polo-R Cup at the Buddh International Circuit. 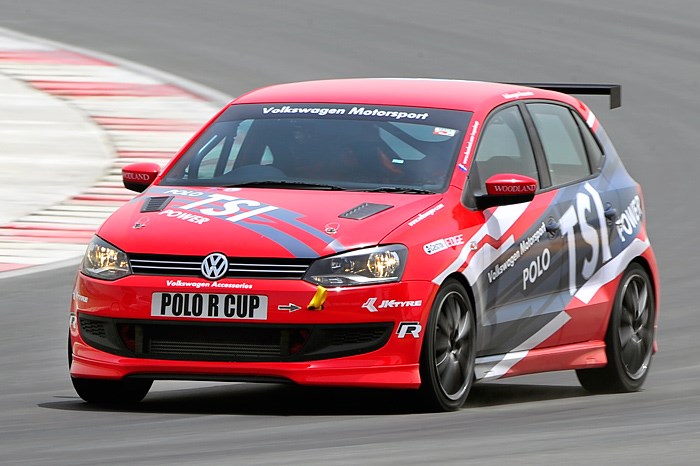 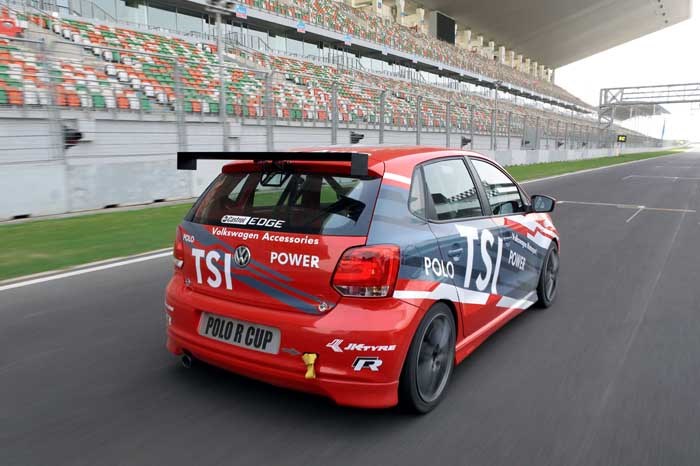 Straight-line performance is impressive, but does not feel outrageously brisk. 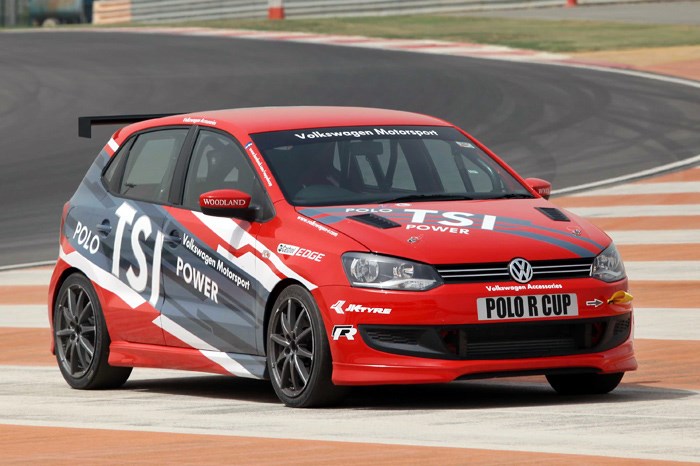 Not much looks different from its TDI-powered predecessor. 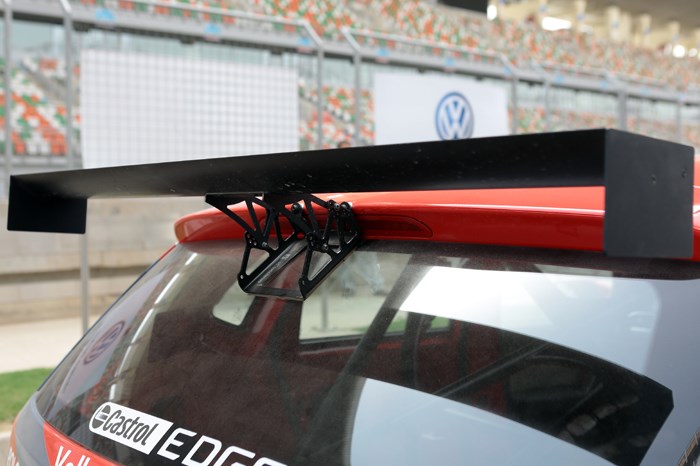 Rear wing is new but whether it contributes to the car's balance is debatable.

The Volkswagen Polo R Cup, which commences its third season this year, will see the introduction of an all-new, petrol-powered race car, with VW’s 1.4-litre TSI engine replacing the 1.6-litre TDI from previous seasons. The engine makes its Indian debut with a healthy 180bhp on tap, is mated to a motorsport-spec six-speed DSG gearbox, and certainly seems an interesting prospect for aspiring young racing drivers.

We got an opportunity to sample the new car at the Buddh International Circuit in Greater Noida – where one round of the Cup will be held this year. On the full-blown 5.137km Formula 1 layout, with run-off areas wider than the track itself, the race Polo did not feel outrageously quick in a straight line, but the tight and narrow confines of the Chennai and Coimbatore circuits will likely change that impression.

With the force-fed engine using a combination of supercharger and turbocharger, there is plenty of grunt all the way to the 6200rpm redline, which means the engine doesn’t need to be kept on the boil all the time like a high-strung naturally aspirated motor.

However, the brilliant powerplant is slightly let down by the tall ratios of the DSG ’box. Despite the 1.1km back straight, the motor struggled to haul itself out of the mid-range in fifth gear. Yes, the circuit does ascend midway through the straight, but closer final ratios would have definitely helped extract more top whack, which still feels similar to the old 1.6-TDI-powered car despite making a significant 50bhp more.

On first impressions, the DSG box also appears to dull the driving experience somewhat, and one has to watch the dash-mounted shift lights closely, as banging into the limiter on upshifts increases shift time considerably. The Sport mode is much sharper, especially during upshifts, but using the paddles to manually swap gears seems to slow down shift responses compared to when it is left to its own devices.

The complex electronics ensure that the box is idiot-proof, so it won’t downshift if the revs are too high. This usually happens if you haven’t braked hard enough and scrubbed off enough speed (and thus revs) to use a lower ratio. Timing is also vital to harness the right amount of engine braking. It also won’t allow you to upshift if you’re clattering over the exit kerbs (causing spikes of wheelspin) and still trying to grab the next gear in hope to maximise exit speeds.

And if you do encounter an unintended gear-change mid-corner, it does not unsettle the car, since the gearbox response is smoother and more precise than a manual setup.

To cope with the increased horsepower, the brakes are now bigger, and really fill up the car’s 17-inch wheels. They feature racing ABS, with a threshold specifically calibrated to the JK Tyre slicks on the Polo. Unlike most road car ABS systems, where the brake pedal has a tendency to pulsate even at a slightly higher than normal brake pressure, this system’s limit is substantially higher, and only the most injudicious of inputs will force it to kick in to avoid a potential lockup. Pedal feel is sharp, but still soft by race car standards due to the servo assist.

Compared to its slightly nervous predecessor, the revamped Polo R racer shows great poise and balance especially through the fast corners. In fact it tiptoes on the brink of being too stable, confidence-inspiring and devoid of any drama. Obviously there is some mid-corner understeer, like while negotiating the fast turn 8-9 chicane (where Massa smashed his Ferrari’s suspension twice during the 2011 Indian GP weekend). Despite taking the first part near-flat in fourth gear, just a mild lift before the change of direction tucks the nose in beautifully, with almost no lift-off oversteer.

This is the result of the conscious effort to dial out understeer from the car, including a limited-slip diff that equalises torque application to avoid the front wheels washing out wide at exits. The fast, flowing nature and the sheer track width of the Buddh Circuit does not require too much steering lock and seems to flatter the car’s balance. The shorter corners at Coimbatore and Chennai will definitely be more challenging though, as the front tyres will have to deal with larger steering angles with simultaneous throttle application.

So akin to its diesel predecessor, the TSI Cup car does not like being fed a lot of throttle with its front wheels turned, but smoothen out throttle and steering application and you are instantly rewarded with higher apex speeds and cleaner exits.

To conclude, the new Polo R Cup TSI is a great tool for first-time racing drivers as well as experienced campaigners hoping to make the step up to a faster and more competitive one-make series like the Scirocco R Cup. It is quick enough to challenge the experienced to work on finesse and finding lap time, while being unintimidating enough for the first-time drivers with no racing experience under their belt.

“Our aim with this car is to bridge the gap between the old Polo and the Scirocco,” said Prithviraj Siddappa, head of VW Motorsport India.

We reckon it’s a job well done then!