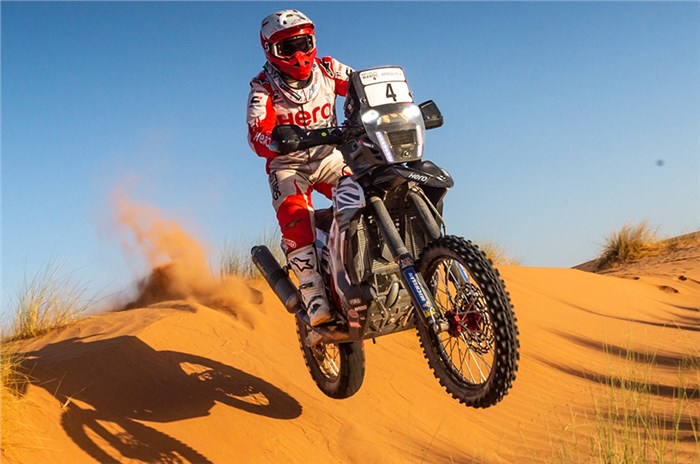 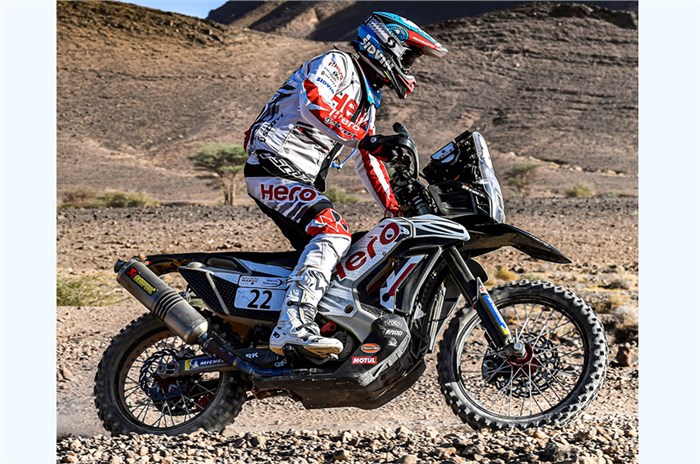 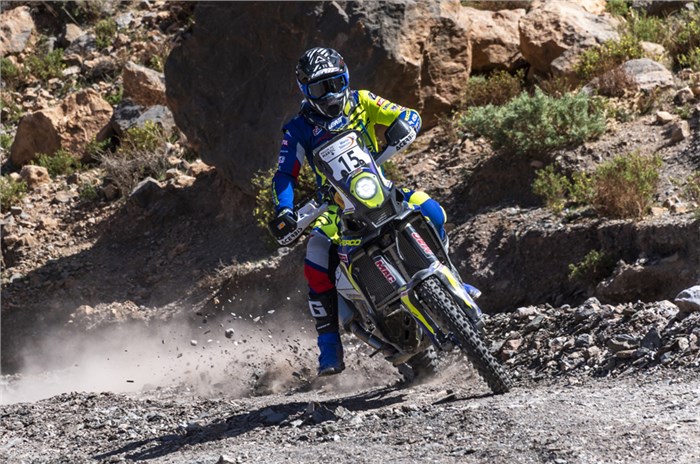 Hero MotoSports and the Sherco TVS Rally Factory Team have undertaken a number of rally outings in the run-up to the 2020 Dakar Rally; and the next stage of this campaign saw them tackle the challenging Rally of Morocco. Both Indian teams were able to secure strong results, with Hero’s Paulo Goncalves and Joaquim Rodrigues, and TVS’ Johnny Aubert finishing in the top 15.

Continuing its strong form at the 2019 PanAfrica Rally, Hero MotoSports had all of its riders successfully complete the Rally of Morocco as well. Despite a difficult first few stages, Goncalves emerged as the team’s star rider at the event. He’d started off the rally more cautiously but started finding his rhythm on the sand dunes at the start of the Super Marathon stage. The second day of the Super Marathon stage put competitors’ navigational skills to the test; and Goncalves did end up losing some time after making a costly navigational error. However, he was able to vindicate himself on Day 3 after pulling off a spirited run to win Stage 4 – his first stage victory for Hero MotoSports. With a podium finish yet out of reach, he decided to take it easy in the final stage to securely cross the finish line and ended up completing the rally in 13th place overall.

Rodrigues was the next-best finisher for the team with an overall 15th-place standing. He too had to encounter a string of challenges after making a navigational error in the first part of the Super Marathon and later suffering an issue with his roadbook reader in the next stage, which forced him to run the full stage manually. But a clean and error-free run in the final two stages helped him secure a strong finish.

CS Santosh regarded the first stage of the rally as “one of the hardest stages” he’s ever had to run. The Indian rider suffered a minor injury after crashing in the stage and initially found it difficult to find his rhythm. But he started finding some pace as the rally progressed, slowly but steadily making his way up the order and ultimately finishing in 24th place overall. “Finally happy to have finished the rally today. It was a really tough rally with long stages and tough navigation and then we had the new roadbook system as well. Totally exhausted at the end of it but today was a good day for me. Made a good stage today, felt comfortable on the bike; so I am happy with that. I finished all the rallies that I participated in this year so that’s a really good sign for me. I am making good progress heading into the Dakar,” he said after crossing the finish line.

Sherco TVS, on the other hand, entered the Rally of Morocco on the back of a rather difficult PanAfrica Rally, where Johnny Aubert was the team’s sole rider to complete it. This time around, the French rider did lose some time due to a minor navigational error, but recovered quickly. His consistent riding paid off once again, and he was able to secure a 14th-place finish in Morocco.

Michael Metge was another rider who had a slow start, but managed to climb up to 18th place at the end of the Super Marathon stage. However, he lost some time in Stage 4, dropping to 22nd place as a result, and he could only recover to finish 21st overall at the end of the rally. Despite initially putting in a strong show, Lorenzo Santolino was unable to complete the rally.