Vettel could replace Alonso at Ferrari F1 next year who is set to join McLaren. 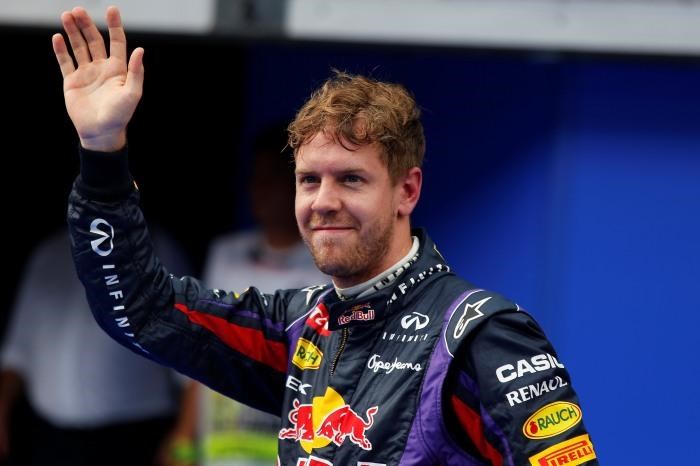 Sebastian Vettel looks set for a switch to Ferrari next year after Red Bull announced that he is leaving the team at the end of the current Formula 1 season.

With Fernando Alonso's imminent departure from Ferrari leaving a vacancy at the Maranello outfit next year, the Italian F1 team has wasted no time moving towards its number one target. Alonso is set for a switch to McLaren, although it is understood that no deal is in place yet.

Vettel has activated a break clause in his contract and will leave Red Bull, which has helped him to four consecutive world titles. Ferrari has not yet confirmed its plans, though.

A statement from Red Bull said: "Sebastian Vettel has advised us that he will be leaving Red Bull at the end of the 2014 season.

"We want to warmly thank Sebastian for the incredible role he has played at Red Bull for the last six years. Red Bull will promote Daniil Kyvat from Toro Rosso for next season, and he will drive alongside Daniel Ricciardo."