Sabine Schmitz, Queen of the Nurburgring, passes away at 51

Schmitz gained popularity as the first woman to win the 24 Hours of Nurburgring and as the driver of the ‘Ring Taxi’ for several years. 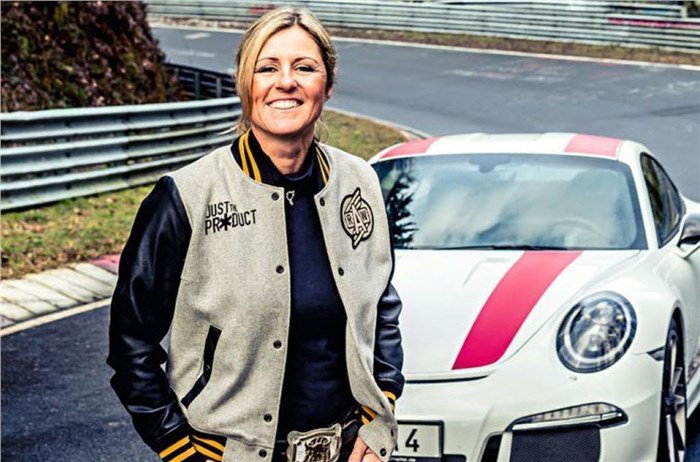 Famed German racer Sabine Schmitz has passed away, succumbing to a long battle with cancer; she was 51 years old. Schmitz was famously dubbed the ‘Queen of the Nurburgring’ and also grew to prominence as a presenter on BBC’s Top Gear from 2016 to 2020.

Schmitz always called the Nurburgring her home. Having grown up just 300m from the track, she developed a passion for cars and racing from an early age and would go on to race for auto giants like BMW and Porsche.

In 1996, she became the first woman to win the fabled 24 Hours of Nurburgring and went on to repeat that feat the next year. In 1998, she would go on to become the first woman to win the VLN Endurance Championship in Germany. By her own estimates, she reckoned she had completed more than 30,000 laps of the Nurburgring – that’s more than 6,00,000km.

She would later also come to be known as the ‘world’s fastest taxi driver’, driving passengers around the German race track in a BMW M5.

She made her first guest appearance on Top Gear in 2004, in an episode that famously saw her beat Jeremy Clarkson’s lap around the Nurburgring by 47 secs in a Jaguar S-Type. She’d go on to become a regular presenter on the revamped version of the show, following the departures of Clarkson, James May and Richard Hammond.

In July last year, Schmitz released a statement on her Facebook page revealing her lengthy battle with cancer. “Many of you have probably wondered why I was on the list of participants for Porsche in the NSL (Nürburgring Langstrecken Serie) and then didn’t drive after all,” she had said in the statement translated from German.

“I would like to provide enlightenment here, I think I owe it to my/our fans! Since the end of 2017, I have been fighting an extremely persistent cancer that has not been eliminated with the resources so far. It got a little better – but now it’s come back with full force.”

“In addition, I would like to thank everyone for their help and support in my everyday life, and encouragement in writing,” she had added.