Sherco TVS’ Adrien Metge finished the 2020 Dakar Rally in 12th place and as the sole rider to carry the flag for the Indian contingent. 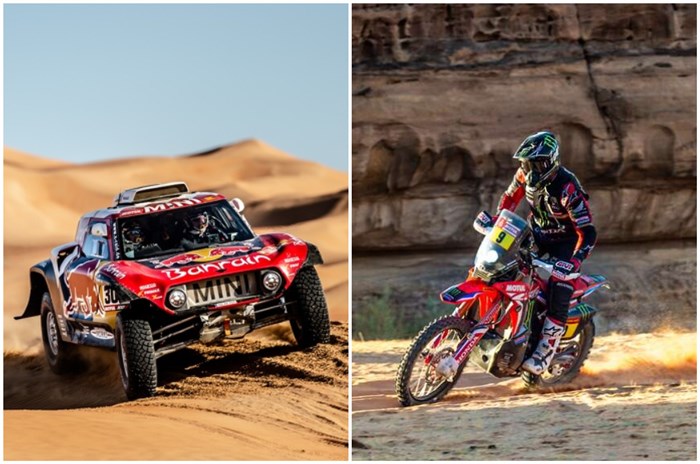 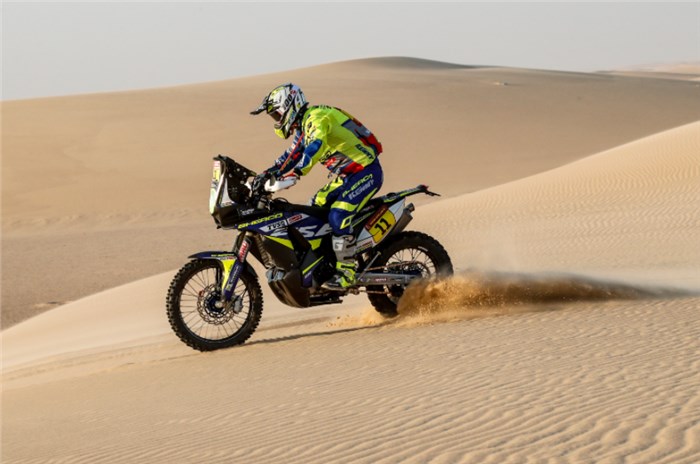 The 2020 Dakar Rally has finally reached the finish line after 12 punishing stages, bringing a close to the iconic rally’s first edition in Saudi Arabia. The final stage was shortened due to construction of gas pipelines being carried out near the planned route, leaving competitors with just 167km to make a difference in their final classification. Ultimately, Ricky Brabec held on to his advantage in the bike category to become the first American to win the Dakar Rally, while Carlos Sainz took his third Dakar win in the car category.

After slotting into the lead at the end of Stage 3, Honda rider Ricky Brabec maintained a firm grip at the top of the standings and set about further consolidating his lead. His closest rival, Pablo Quintanilla was able to slash Brabec’s lead from 25min to 13min in the penultimate stage, but a 2nd-place finish in the final stage was enough for Brabec to seal victory. This brings an end to KTM’s dominant 18-year run atop the Dakar standings and also marks Honda’s first Dakar Rally win since 1989.

Quintanilla had to settle for 2nd place overall, but this is yet the Husqvarna rider’s best finish yet at the Dakar Rally. KTM’s Toby Price secured the final podium spot, finishing around 24min behind Brabec.

Sherco TVS’ Adrien Metge finished 12th overall. The French rider ended up being the sole participant to carry the flag for the Indian contingent, following the retirement of his teammates and Hero MotoSports’ decision to withdraw from the event in the wake of Paulo Gonçalves’ tragic demise. After hurting his back in Stage 10, Metge decided to adopt a more cautious approach in the closing stages to ensure he completed the rally.

While Johnny Aubert and Lorenzo Santolino had to pull out of the rally due to injuries, Sherco TVS yet had Harith Noah carry on competing in the newly-introduced Dakar Experience class. The Indian rider couldn’t qualify for an overall rank, following his Stage 3 retirement, but his impressive performances in the subsequent stages were a firm display of his potential. He continued to improve his stage results as the rally progressed, with his best finish of 25th place coming in the penultimate stage.

Rally legend Carlos Sainz fended off some tough competition from Nasser Al-Attiyah and Stephane Peterhansel to clinch his third Dakar Rally win. His lead was significantly slashed to just 15sec at the end of Stage 9, but he returned in top form to win the next stage and once again open up his lead. A measured drive in the final stage helped him seal victory for the Bahrain JCW X-Raid Mini team. Interestingly, this means Sainz has won each of his Dakar titles with a different manufacturer, having won with Volkswagen in 2010 and Peugeot in 2018.

Heading into the final stage, Al-Attiyah was just 6sec ahead of Peterhansel, but his Stage 12 victory helped the Toyota driver cement 2nd place. Peterhansel’s 3rd-place finish makes it a double-podium finish for Bahrain JCW X-Raid Mini.

Fernando Alonso successfully completed his debut Dakar outing in 13th place. The two-time Formula 1 world champion encountered his fair share of challenges throughout the course of the rally and finished 4hr 42sec off the lead as a result.

Ignacio Casale scored a commanding win in the quad class. Simon Vitse was not only able to finally complete the gruelling rally on his third attempt, but he also secured 2nd place overall and was the only rider within an hour of Casale. The final podium spot went to Rafal Sonik.

The SSV (side-by-side vehicles) category saw American driver Casey Currie bag top honours. Interestingly, Currie didn’t win a single stage this year, but his consistent performance saw him win by a margin of over 39min ahead of Sergei Kariakin.