The Renault-powered RB9 is the ninth Formula 1 single-seater created by Red Bull since taking over the Jaguar team for the start of the 2005 season. 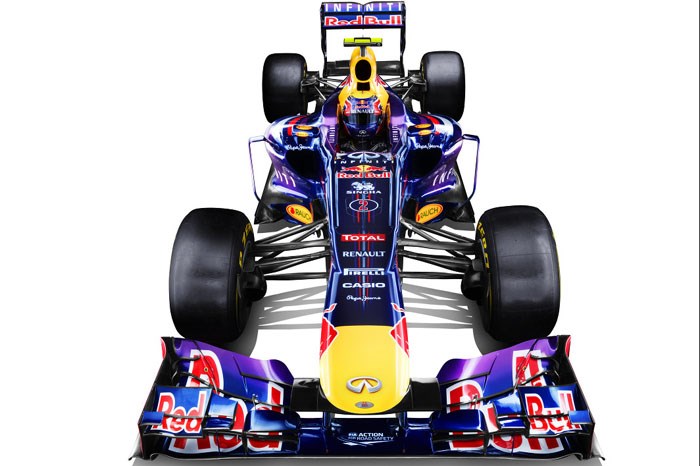 Red Bull unveiled on Sunday the car with which it is aiming to secure its fourth consecutive Formula 1 championship double, the RB9.

The Milton Keynes-based squad took its third drivers' and constructors' championship in 2012, with Sebastian Vettel becoming the youngest ever triple champion after a close fight with Ferrari rival Fernando Alonso.

"It's obviously one thing to look back on what we have achieved as a team, but I feel it all starts again from zero," said Vettel. "It will be a long year again, a very tough challenge waiting for all of us.

"I'm looking forward to that and not thinking about what happened in the last year. People expect something of us, but more than that we expect ourselves to do well."

The Renault-powered RB9 is the ninth Formula 1 single-seater created by Red Bull since taking over the Jaguar team for the start of the 2005 season.

Red Bull's new challenger has again been designed by a team led by Adrian Newey, who said at the end of last year that it was getting harder and harder to find gains for the 2013 car given the rules stability.

"It is increasingly difficult because there are no real regulations changes compared to this year and it will be the fifth season since the 2009 rule changes," Newey told AUTOSPORT.

"The field is converging and you can see how competitive it is in the fact that we had eight different winners this year."

The new Red Bull will take to the track on Tuesday at Jerez, with Vettel's team-mate Mark Webber doing the driving.