Perez joins McLaren after two seasons in Formula 1 with Sauber, and a campaign where he has delivered three podium finishes so far 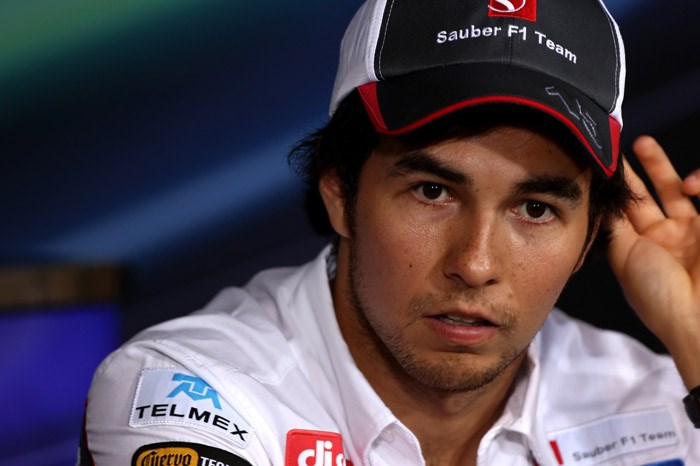 Lewis Hamilton's switch to Mercedes has been confirmed after McLaren announced that Sergio Perez is joining its squad for 2013.

Ahead of an official announcement from Mercedes about its driver line-up plans, McLaren ended weeks of speculation about Hamilton's plans with the Perez swoop.

Perez joins McLaren after two seasons in Formula 1 with Sauber, and a campaign where he has delivered three podium finishes so far, having come close to victory in the Malaysian Grand Prix.

The Mexican had been most strongly linked to a future at Ferrari, as part of its young driver programme, but its president Luca di Montezemolo said several times that he did not think the youngster was experienced enough for a team like Ferrari.

McLaren obviously feels differently, and believes that it can harness Perez's talent to fight for the world championship alongside Jenson Button in 2013.

Speaking about the multi-year agreement McLaren has signed with Perez, team principal Martin Whitmarsh said: "It was a string of giantkilling performances, a trio of podiums and a brilliant fastest lap in this year's Monaco Grand Prix that showed us that Sergio lacks nothing in terms of speed and commitment.

"We've been monitoring his progress carefully for some months - and, now that he's become part of the Vodafone McLaren Mercedes team, our task will be to refine and develop his abilities as his career progresses over the coming years.

"Uniting Sergio alongside Jenson will give us a very broad base of driver ability. Jenson is one of motorsport's greatest ambassadors, and his unique blend of prodigious speed and canny racecraft makes him formidably well-armed to fight for victory on any grand prix circuit in the world.

"While Sergio is still developing his palette of skills, we're convinced that he's not only talented and quick, but also that he's willing and eager to learn.

"He's perfectly poised to develop into a world championship challenger. His addition to the Vodafone McLaren Mercedes team provides us with the perfect two-pronged driver line-up for the new season."

"The McLaren name is one of the greatest in the history of Formula 1. For more than 40 years, McLaren has been a team that every racing driver has aspired to drive for - I was brought up on the great stories of Ayrton Senna's many world championship triumphs for McLaren - and I'm truly honoured that they've chosen me to partner Jenson from 2013 onwards."