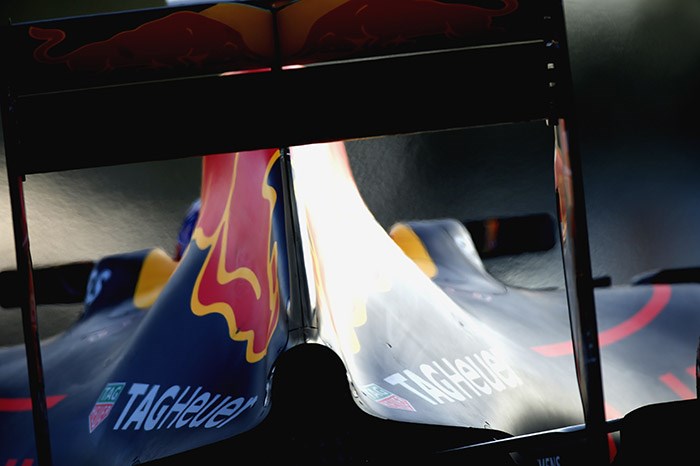 New rules will dictate cars will be three seconds a lap faster, with teams granted an extension of the cut-off date to April 30 to finalise the plan.

Formula 1 bosses have unveiled a new set of bodywork changes for the 2017 season, which are set to result in faster and more dramatic-looking cars.

New rules will dictate cars will be three seconds per lap faster, with teams granted an extension of the cut-off date to April 30 to finalise the plan.

Under the proposals, the front tyres will increase from 245mm to 305mm in width, with the rears widening 80mm to 405mm.

The overall width of the car will increase from 1400mm to 1600mm while there will be a reduced exclusion zone allowing for larger bargeboards.

The suspension track will be increased from 1800mm to 2000m and the front wing span will grow to 1800mm.

The size of the rear wing will change, with the width up from 750mm to 950mm but the height decreasing by 150mm.

To accommodate the changes, the weight limit of the car has increased 20kg to 722kg, plus the weight of the tyres, which is tabled at an estimated 5kg.

"The FIA, teams and official tyre supplier will continue discussions on the best solution for testing of the new tyres required as part of the regulations."

Cockpit head protection is also set to be introducedto protect drivers from debris from next season.

The FIA said stakeholders are working to "make this a reality", marking out the halo concept as the preferred option.

However, the governing body said other options such as transparent cockpit protection will continue to be evaluated.

With regards finding a way forward with the cost, performance, noise and supply of power units, the FIA said "significant" progress has been made.

Further work is planned with the FIA saying it aims to reach an agreement by 30 April.

The F1 Commission has decided to introduce a Driver of the Day award in a bid to increase driver engagement.

Viewers will be asked to vote during a grand prix, with the winner announced as part of the broadcast after the race, where the driver will receive some form of prize.

As also outlined on Tuesday, a dramatic overhaul of qualifying has been confirmed by the FIA.