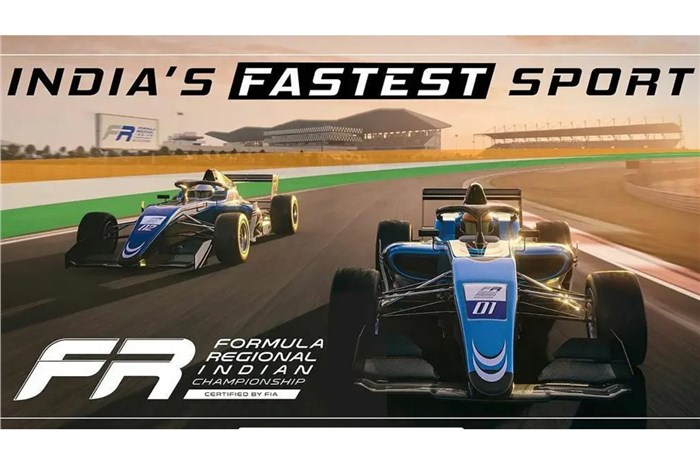 The Mumbai Falcons racing franchise has released a teaser image online, more or less confirming that it is bringing the Formula Regional Championship to India. Internationally, the series is run using Formula 3 (F3) cars and the same is expected to continue for the Indian version of the championship.

More details on this are expected to be revealed in the coming days, so stay tuned.

Formula Regional Indian Championship: what is it?

The championship can be thought of as a bridge between F4 and F3. In the FIA’s own words: “Formula Regional provides drivers with an exceptional environment in which to take the lessons learned in Formula 4 to find new levels of performance before accessing global series like FIA Formula 3, FIA Formula 2 and finally FIA Formula 1.”

Drivers compete in these championships with F3 cars. Earlier this year, Mumbai Falcons fielded an all-Indian team in the 2021 F3 Asian Championship, with Jehan Daruvala and Kush Maini. Daruvala and the team, both finished 3rd overall in the championship. So, the racing franchise definitely has the know-how of how the Formula Regional Championships work.

When will the Formula Regional Indian Championship start?

Concrete details on the Formula Regional Indian Championship will be revealed in the coming days. But in the past few months, Mumbai Falcons has been hinting via its social media channels that something big is coming this October. Of course, with COVID-19 throwing timelines in disarray, it remains to be seen how this will play out.

Indian motorsport’s governing body FMSCI recently extended its annual calendar from December 31, 2021, to March 31, 2022. So that does give the championship some more room to play around with potential dates.