The first MotoGP premier class race of 2020 has been pushed back yet again with the Americas GP now postponed; Formula E race in Jakarta delayed as well. 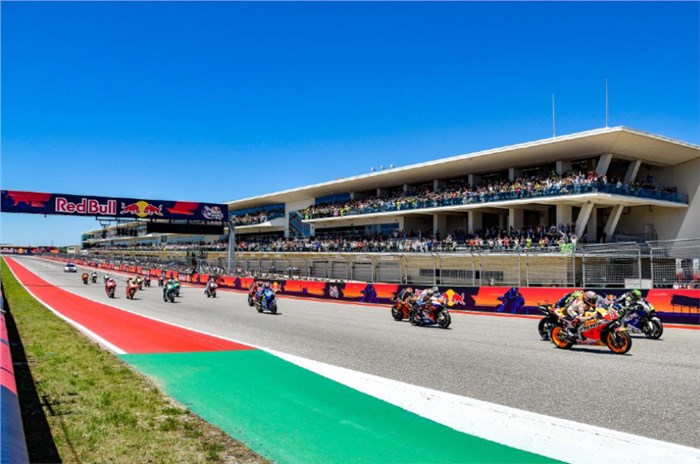 Formula E and the FIA have announced that the series' 2019/20 season will be temporarily suspended for a two-month period after taking into consideration the challenges that the ongoing Coronavirus pandemic poses to event organisation in city centres. Mahindra Racing’s team principal and CEO Dilbagh Gill has voiced his support for this decision, saying, “We are in full support of Formula E’s decision to temporarily suspend the season. With the World Health Organisation declaring COVID-19 a pandemic, the world is facing an extraordinary challenge, and it is up to all of us to be responsible. In addition to Formula E’s decision, as an organisation we are also taking measures to protect our workforce.”

With the ongoing Novel Coronavirus (COVID-19) outbreak resulting in a number of countries imposing travel restrictions and those impacted most by the virus even announcing quarantine lockdowns, the global motorsport calendar has taken a big blow. Now, both MotoGP and Formula E have announced that their upcoming rounds in Austin and Jakarta, respectively, have been postponed.

The MotoGP calendar has been the hardest hit by Coronavirus-related complications. Following the cancellation of all premier-class sessions at the season-opening Qatar GP (Moto2 and Moto3 races were held as scheduled) and the subsequent postponement of the Thai GP, the series announced a revised calendar. As per this new calendar, the Americas GP was set to become the first premier class race of the year on April 5. However, the Federation Internationale de Motocyclisme (FIM) has now confirmed that the round has been postponed and will instead be held from November 13-15. Meanwhile, the Thai GP has been pushed to October 4.

As a result, the 2020 MotoGP season finale in Valencia has now been pushed back a week to November 22. This also means that the Argentina GP, scheduled for April 19, will likely serve as the first MotoGP premier class race of the year.

Formula E already had to cancel its races in Sanya and Rome, and the latest race to be delayed is the inaugural Jakarta E-Prix. Originally scheduled to be held on June 6, this was going to be the first Formula E race in Indonesia’s capital city. A statement released by the all-electric racing series says, “Due to the outbreak of COVID-19 and the escalating number of cases in Indonesia and Jakarta, the decision has been taken as the most responsible course of action, to protect the health and safety of championship participants, staff and spectators,”

“We will continue to monitor the situation closely with the relevant authorities and the Organising Committee of the Jakarta E-Prix, in order to assess the possibilities of rescheduling the race at a later date.”

Furthermore, Formula E’s co-founder Alberto Long has added that the series is assessing ways to maintain the highest possible number of races for the current season, with alternatives including “adding double-headers to existing events, using permanent facilities and racing behind closed doors if necessary".

With Italy imposing strict quarantines on a number of regions, including Modena where Ferrari is based, there were some fears that Formula 1’s 2020 season-opening Australian GP could be impacted. But the event is slated to go on as scheduled. However, the Bahrain GP (March 22) will run behind closed doors without any spectators, making it the first-ever Formula 1 race to run as a televised-only event.