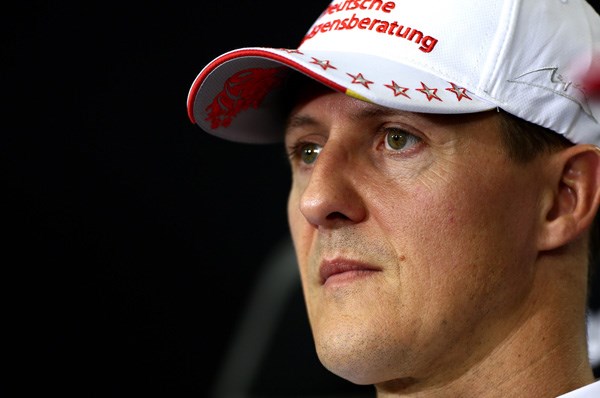 Seven-time Formula 1 world champion Michael Schumacher remains in a critical condition in a French hospital after a skiing accident, but doctors have been boosted by the fact his condition has remained stable for 24 hours.

The record-breaking German driver, hailed by many as the greatest competitor the sport has ever known, developed an extradural hematoma brain haemorrhage after hitting his head during a fall on Sunday morning. He needed emergency surgery and, since the operation, Schumacher has been in an induced coma. Overnight on Monday, Schumacher underwent a second operation to remove another haematoma.

Following the second operation, Schumacher's condition has remained stable, which a spokesman said on Wednesday is viewed by doctors as a positive sign.

"Michael's condition has been carefully supervised all the night and has remained stable also this morning," said Sabine Kehm, Schumacher's long-term assistant. "For the moment, the good news for today is that we will not hold a press conference because there are no significant changes. Still, the condition overall is critical."

Doctors at the hospital in Grenoble have consistently declined to speculate if or when his condition may stabilise. However, they have said the second operation was only possible because Schumacher's condition unexpectedly improved.

Dr Emmanual Gay said: "There was one haematoma that was larger and more accessible, so we were able to get rid of it without any risk.

"Thanks to that we were better able to control inter-cranial pressure. There's still a lot of haemorrhaging."

On Monday, Professor Jean-Francois Payen, head of anaesthesia at the University Hospital in Grenoble, said: "He is in a critical situation and we can say that he is fighting for his life. We judge him to be in a very serious condition. We cannot tell you what the outcome will be yet."

Schumacher was air-lifted from the slopes at Meribel on Sunday, where he was on holiday with his 14-year-old son. He is reported to have been skiing off-piste when he fell, hitting his head on a rock. He was wearing a helmet when the accident happened, without which, his doctors suggest, he would not have survived until now.

Attending physicians also confirmed that Schumacher's brain has suffered "several lesions and diffuse injuries" as a result of the fall and subsequent trauma, and suggested that it is too early to assess their severity.

Although the German is reported to have been conscious immediately after the accident, his condition is said to have deteriorated by the time he had been airlifted to a nearby hospital in Moutiers.

When his injuries were diagnosed to be worse than originally believed, he was transferred to the larger hospital in Grenoble, where he underwent the emergency surgery.