The British manufacturer is partnering with Williams Advanced Engineering for the project. 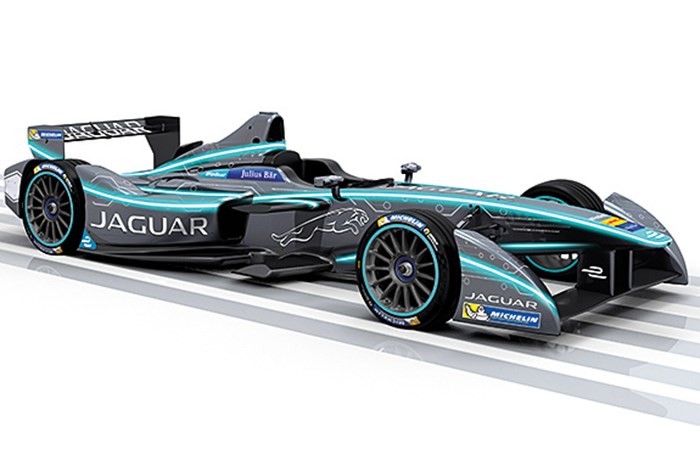 Jaguar will return to motorsport next year with a works Formula E programme.

The British manufacturer is partnering with Williams Advanced Engineering for the project, which will coincide with Jaguar Land Rover producing electric vehicles for the first time.

Jaguar has not had a factory involvement in motorsport since withdrawing from Formula 1 at the end of the 2004 season.

It is taking over the entry vacated by the outgoing Trulli team from the 2016/17 season, not the Swiss squad's infrastructure, and will receive four new Dallara chassis as well as develop its own powertrain.

"The way Formula E's technology roadmap is laid out is really going to pull parts of the technology that are going to be incredibly relevant to the real world," JLR director of group engineering Nick Rogers told Autosport.

"Also, you can't beat being part of a racing team. To be involved in racing is just the absolute ultimate."

JLR has an 8,300-strong engineering set-up, part of which will be deployed on the design and simulation of the powertrain, while Formula E battery supplier Williams Advanced Engineering has been drafted in to aid its race operations team.

Rogers said the experience gained alongside Williams on Jaguar's C-X75 hybrid roadcar project would aid the development of the motor, gearbox, inverter and cooling system, but he did not disclose which form the powertrain will take.

"One of the exciting things is looking at which is the best direction to go in and how to hone that," Rogers added.

"We're pretty excited by C-X75, which is naturally flowing into the Formula E - the battery and motor it uses is a fundamental foundation of the championship.

"As it goes forward we'll look at other technologies. It's really exciting."

Other details yet to be confirmed are the team name and final livery.

In terms of driver line-up, Former F1 driver Narain Karthikeyan, who enjoys a long-term association with Tata Motors and JLR may be a right fit given his extensive racing and testing experience, but once again nothing has been confirmed.

When asked if it would be reviving British racing green, Jaguar team director James Barclay said the marque was looking to recognise its heritage.

"The nice thing about returning to Formula E is it's about taking racing to a lot of people who are new to motorsport," he said, "while for people who know about our past success it heralds a new era.

"Clearly what we'll do is pay homage to the past but we'll wait to confirm exactly how we'll manifest that in livery and team name."

Barclay said returning to motorsport had been something the marque had considered for some time.

"There were very many relevant opportunities that could have been right for us," he said. "This was the right place for us to be.

"One of our most asked questions is when we're coming back and to be able to answer that question is hugely exciting."