Alonso leads Hamilton by 37 points despite the McLaren driver having won two of the past three races. 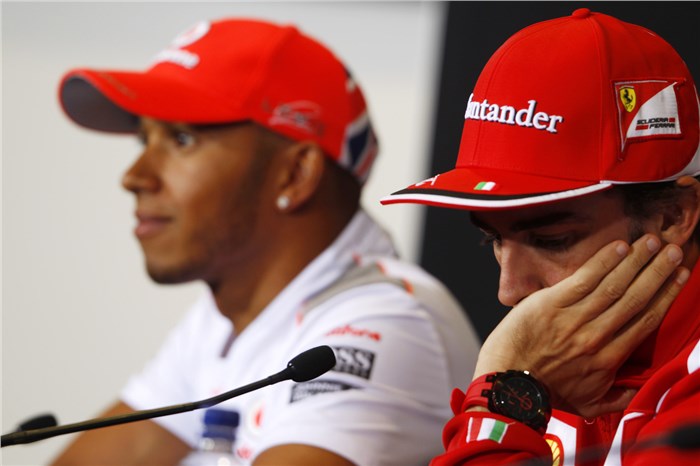 Lewis Hamilton has admitted that it will be difficult to overcome Fernando Alonso in the battle for the world championship. Alonso leads Hamilton by 37 points despite the McLaren driver having won two of the past three races.

The 2008 world champion expects Alonso to be a formidable rival in the seven races that will decide the drivers' championship this year.

"With great difficulty - it will be tough," said Hamilton when asked how he will overcome Alonso in the championship. "He has had an incredible run through the year with great consistency. He would be even further ahead if he didn't have his problem in Spa. He was quicker than me that weekend, so his lead would be even greater.

"He has done a great job but I hope we can do a better job for the rest of the season through pressure, consistency and attacking."

Hamilton is also not ruling defending champion Sebastian Vettel out of the title race. The Red Bull driver is only two points behind him and Hamilton expects him to be strong in Singapore despite the German not having won a race since Bahrain in April.

"He is the reigning world champion so he is obviously a strong candidate for the championship," said Hamilton. "They have a great car that has performed well all year apart from maybe the last race, but otherwise they have been very strong. I anticipate they will be very hard to beat this weekend."

"But I don't know what is going to happen, when Lotus will win or when Red Bull will pick up their pace. All I have to do is focus on my job."

Hamilton added that he is not allowing the ongoing uncertainty about his future to distract him.

"I am not even thinking about it," he said. "I am just excited about the pace we have had the last few weekends."