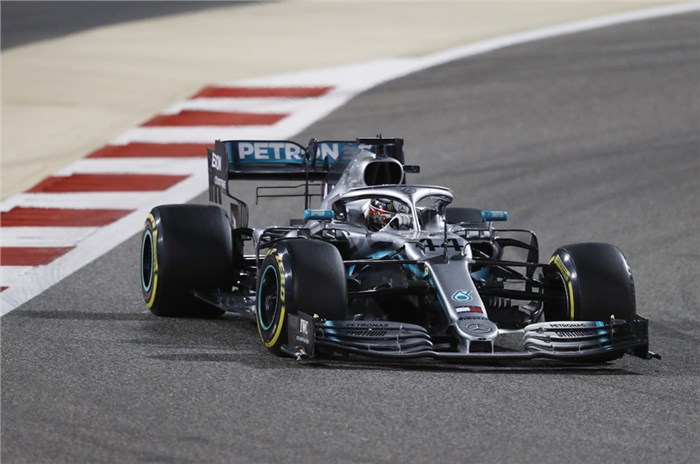 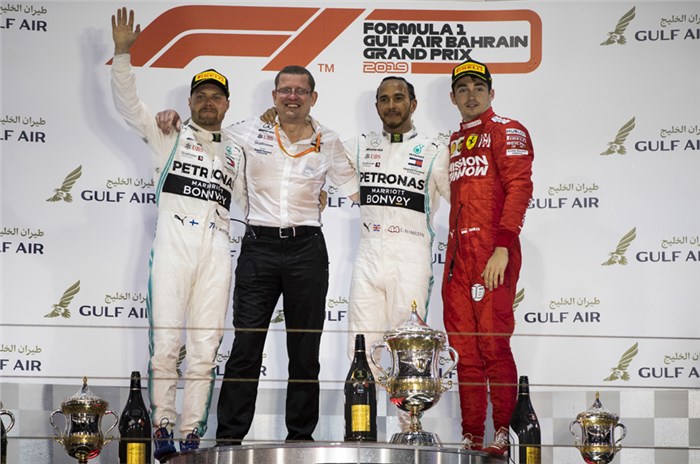 Lewis Hamilton led yet another 1-2 finish for Mercedes, taking a surprising win at the Bahrain GP after Ferrari’s Charles Leclerc suffered a power unit issue in the latter part of the race.

After suffering an underwhelming season-opening race in Australia, Ferrari appeared to be back in top form in Bahrain – setting the pace in all three practice sessions and locking out the front row in qualifying, with Leclerc taking his first-ever pole in F1, ahead of Sebastian Vettel.  However, Leclerc found himself under pressure at the start of the race as he slipped down to third place, with Vettel making the better start off the line to slot into the lead. He managed to move up to 2nd place on the next lap after passing Bottas, who dropped down to 4th just a few corners later after being overtaken by Hamilton.

Leclerc then started closing in on Vettel and ultimately passed his teammate around the outside into Turn 4, to take the race lead on Lap 6. While Leclerc starting building a gap out at the front, Vettel came under pressure from Hamilton behind. Mercedes decided to go for the undercut and pitted him early for a set of soft tyres – a strategy that ultimately worked out, as Hamilton gained a place over Vettel by the time the Ferrari driver pitted. But Hamilton soon found himself struggling on the soft tyres, and Vettel took advantage of this to pass him for 2nd place. The two drivers battled once again after completing their second round of pit stops – Vettel just about held position after going wheel-to-wheel with Hamilton. But Hamilton managed to make the move stick on the next lap, around the outside at Turn 4, as Vettel spun around after losing the rear end of his car. To further compound his problems, Vettel was then forced to pit again after losing his front wing down the back straight.

The incident dropped Vettel all the way down to 9th and he could only salvage a 5th place finish. At the front, Leclerc looked to be well on course to secure his maiden victory, holding a significant lead over Hamilton. However, by lap 46, it became apparent that his Ferrari was suffering some serious lack of pace. Ferrari later confirmed that Leclerc’s car suffered an engine-cylinder failure, impacting his straightline speed. Both the Mercedes cars ultimately caught up to and passed Leclerc. Just when it looked like Leclerc would lose yet another place to Max Verstappen, both the Renault cars ground to a halt, bringing out the Safety Car. With the race ending behind the Safety Car – for only the eighth time in the history of F1 – all the drivers had to hold position, with Hamilton clinching victory ahead of Bottas, while Leclerc held onto 3rd place, followed by Verstappen. Leclerc did secure one additional point for setting the fastest lap of the race – a small consolation on what was an otherwise disappointing race for the Ferrari driver.