Ban on double diffusers from 2011 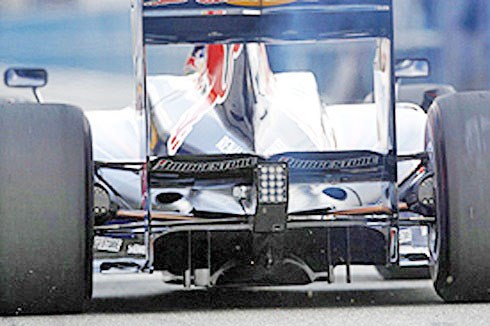 Formula 1 technical chiefs have officially agreed to ban double diffusers from the start of 2011 season.

A move to cut aerodynamic downforce was discussed with the FIA’s think-tank, the Technical Working Group, where agreement was necessary if the changes were to be implemented in future regulations.

It is understood that the teams approved a requirement that the diffuser surface must be continuous on its inboard section from the start of 2011. This prevents the use of the controversial 'slots' that were key to making the double diffuser work.

The matter still needs to get approval from the Formula 1 Commission and the FIA's World Sport Council before being put in the 2011 technical regulations, but this is believed to be a formality if the TWG has already voted in favour.

Double diffusers caused huge controversy at the start of 2009 when the design concept used by Brawn GP, Williams and Toyota was protested by rival outfits. The complaints to stewards fell on deaf ears, however - meaning the matter eventually went to the FIA International Court of Appeal.

The ICA ruled that the diffusers were wholly legal - which forced a number of teams on the grid to revamp their cars to make the most of the advantage provided by double diffusers.