Daruvala recovered from an opening lap spin to finish the 2020 F2 season opener in 12th place. 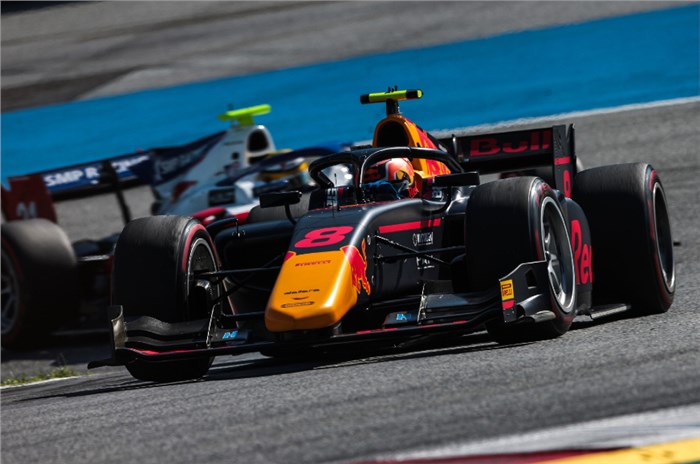 A 12th place finish at the 2020 Formula 2 season opener in Austria may not have been the dream debut that Jehan Daruvala was hoping for. But the Indian F1 hopeful nevertheless managed to pull off a spirited recovery drive following an opening lap incident that dropped him to the back of the pack.

Starting from 6th on the grid, Daruvala enjoyed a decent getaway. But he ended up spinning just moments later at Turn 3 after being tagged from behind by his Carlin team mate Yuki Tsunoda. The incident dropped Daruvala to the very back of the field, while Tsunoda ended up with front wing damage and a 5 second time penalty for causing a collision.

Thereafter, Daruvala steadily started making his way through the field. He’d climbed up to 9th place when the safety car was brought out, triggered by Artem Markelov stopping on the side of the track. Daruvala didn’t enjoy the best of re-starts, and ended up losing a place to Roy Nissany when the race got underway once again. Ultimately, he was only able to salvage a 12th place finish.

The Austrian GP marked Daruvala’s first race since joining Red Bull’s young driver programme earlier this year. The move up to F2 puts Daruvala just one rung below Formula 1 on the single seater ladder. He’ll be able to have another go at securing a strong result in Austria with Sunday’s reverse-grid sprint race.

Callum Ilott won the action-packed season opener at the Red Bull Ring after both Guanyu Zhou and Mick Schumacher ran into trouble. Polesitter Zhou was leading the race when his car slowed down with an electronics issue.

Meanwhile, Schumacher’s chances of challenging for victory were swept away when he went off the track at the re-start, after losing the rear of his car. The error dropped Schumacher down to 13th place, leaving Ilott relatively unchallenged for the rest of the race.

Marcus Armstrong and Robert Shwartzman rounded up the podium in 2nd and 3rd place respectively.