The 21-year-old Spanish rider is the first woman to win a motorcycle racing championship. 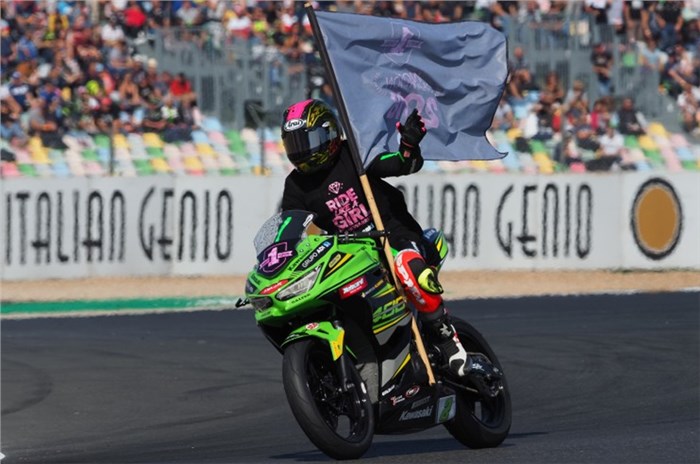 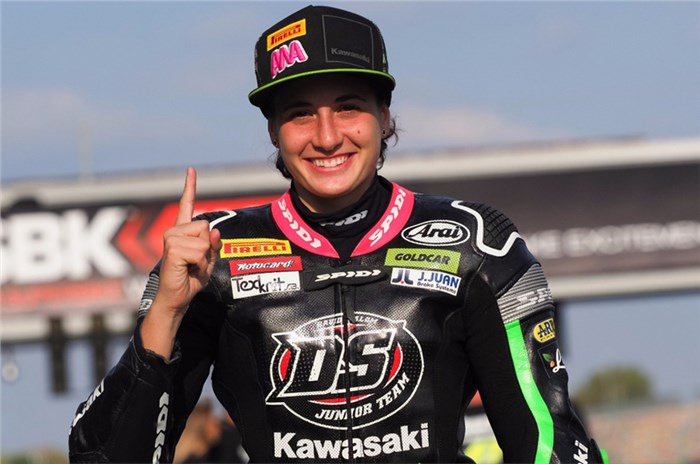 The 21-year-old Spanish rider moved to the World Supersport 300 in 2017 following a stint in the Moto3 world championship. She secured two race wins this year on her quest to win the championship – the first of which came at the third round in Italy, followed by another win at the next round at Donington.

However, the next two races proved to be challenging for Carrasco and she headed into the summer break with just a 16 points lead in the standings, and just two races to go. That lead was further slashed to 10 points over Scott Deroue, following a 10th place finish at the penultimate round in Portugal.

Adding to her woes in the final race of the season, she had a disastrous qualifying session and started the race from 25th place. It seemed that the championship title had slipped from her grasp. The Spanish rider tried to make amends of her poor qualifying performance and managed to carve her way up the grid.

Up ahead, Deroue had to retire from the race on lap 6 due to a broken gear lever. With her arch rival out of the race, she had to secure a top 13 finish and hope that Mika Perez didn’t win the race. And as fate would have it, that’s exactly what happened. Perez lost the race lead with two corners remaining as Dani Valle won the race. Carrasco managed to hold on to her 13th position and clinched the 2018 title by a single point!

The Spaniard dedicated her title to the late Moto2 rider Luis Salom, who was a dear friend of Carrasco and the cousin of David Salom, her team manager.