Verstappen scores a win at Imola, but Hamilton holds on to the 2021 F1 championship lead after recovering to 2nd place. 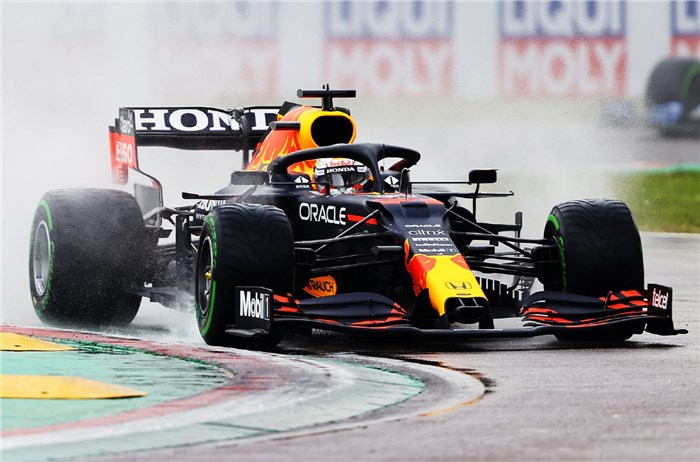 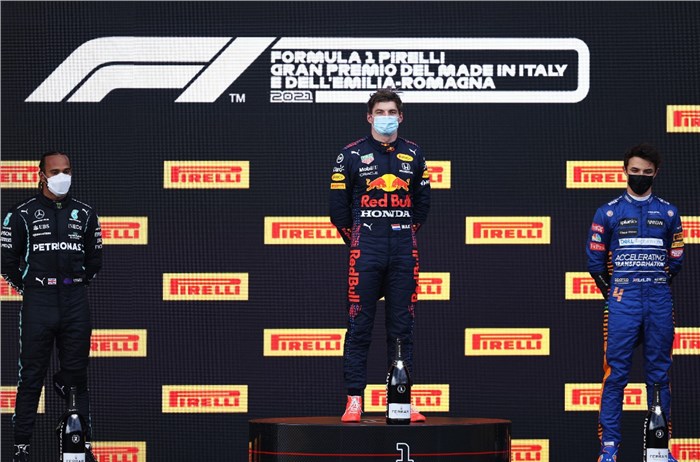 The battle for the 2021 F1 championship is truly on as Max Verstappen excelled in wet conditions to win the Emilia Romagna GP (better known as the Imola GP). 7-time F1 world champion Lewis Hamilton recovered from an earlier incident to finish 2nd, while Lando Norris successfully fended off both the Ferrari drivers to secure the final podium spot.

Read on to catch up on all the highlights from the Emilia Romagna GP:

Imola is already known as a notoriously difficult circuit to overtake at. With the rain pouring down ahead of the race, Verstappen knew that he’d have to ace the start to have a shot at victory. And that’s exactly what he did, using a second-gear launch to zoom into the lead from 3rd on the grid.

While it was a chaotic race behind him, it was a relatively straightforward race for Verstappen from that point on. He ultimately crossed the line to take his first win ever in Italy, by a margin of 22 secs. “It was very challenging out there, especially in the beginning. It was very hard to stay on track to be honest, it was very slippery. And then of course with the tyres degrading in the wet and then choosing the right moment to go onto slicks is never easy,” said the Red Bull Racing driver.

“I think we managed everything well, then a little moment in my restart, but everything else went really well today, so of course, very happy with that.”

Hamilton recovers to 2nd as Bottas and Russell collide

At one point it looked like Hamilton might not even make it to the podium. The Briton ran off the track and into the gravel at Tosa (Turn 7), lightly nudging the barriers and dislodging his front wing. He did manage to re-join the field and had the misfortune of his Mercedes teammate Valtteri Bottas work to his advantage.

The race was red flagged as Bottas and Williams driver George Russell spun into the barriers after making contact on the way into Tamburello. A furious Russell headed over to confront Bottas immediately after.

Incidentally, the crash helped Hamilton gain a lap and he then set about carving his way through the field. With a handful of laps to go, he’d already climbed up to 3rd place and set his sights on Norris, who was struggling on his soft tyres.

Despite defending well, Norris ultimately had to give way to Hamilton, who swept past the McLaren driver to take 2nd place with just three laps to go. Nevertheless, to go from 7th to 3rd was a great result for Norris, and was a much-needed result after his heartbreak in qualifying the previous day.

The Ferrari duo of Charles Leclerc and Carlos Sainz were denied a podium result, crossing the line 4th and 5th respectively. They were followed by Daniel Ricciardo in the second McLaren car.

Pierre Gasly’s early gamble to start on wet tyres may not have paid off, but the AlphaTauri driver did manage to gain some ground as the race progressed. Aston Martin's Lance Stroll was handed a post-race 5 sec time penlty after his overtake on Gasly was deemed illegal. This means Gasly finished 7th in the overall order and Stroll 8th.  Alfa Romeo’s Kimi Raikkonen was also given a penalty after the race for a Safety Car infringement. This promoted Alpine's Esteban Ocon and Fernando Alonso to 9th and 10th respectively, handing the team their first points in F1.

Hamilton yet holds on to the championship lead, but only by a single point from Verstappen. The Mercedes driver’s fastest lap proved to be pivotal here, since it handed him the bonus point to hold on to the lead.

F1 will now return with the Portuguese GP on May 2.