Verstappen extends his championship lead as Bottas and Norris finish on the podium. 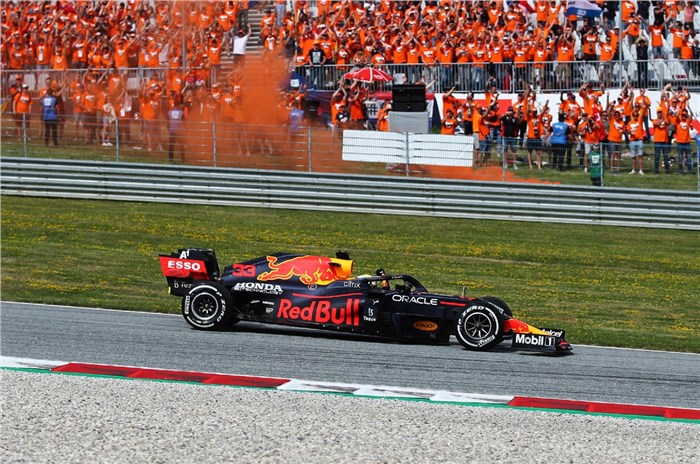 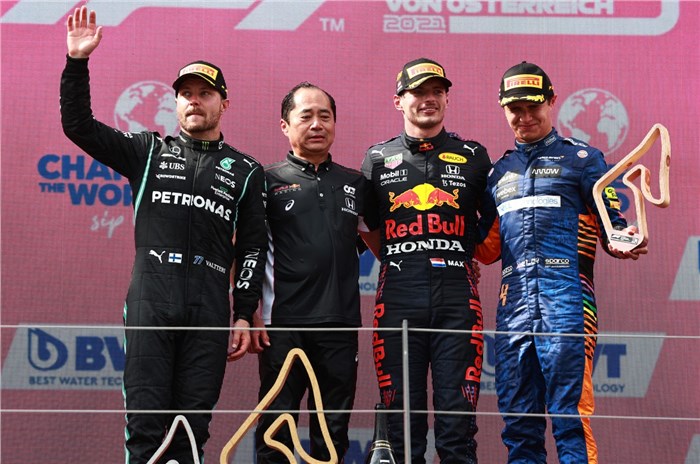 If the Styrian GP proved one thing, then it was that the Red Bull-Verstappen combination would be tough to defeat at the team’s home track this year. Verstappen further stamped his authority after taking a lights-to-flag win at the same venue a week later.

He capped off his trouble-free drive with a grand slam – securing pole position, setting the fastest lap and leading every single lap on course to victory. “It's incredible to be honest. The car was on rails. I mean on every tyre set we put on, it was really enjoyable to drive. I’m a bit amazed myself how today went; I didn’t expect it to be like this,” said Verstappen, who handed Red Bull Racing its fifth straight win this year.

"Incredible job by everyone to deliver something like this. Of course, when you go into the weekend everybody sees you as the favourite, but it’s never easy to actually always deliver what we did today,” he added.

Norris makes it to the podium

Verstappen’s chief championship rival Lewis Hamilton was running in 2nd place, but he picked up aerodynamic damage on his car after running over exit kerbs. This gave both, his teammate Bottas and McLaren’s Lando Norris the chance to pass him and make it to the podium.

Norris had to overcome an earlier time penalty that he had received for running Sergio Perez off track. And he wasn’t the only driver who had to deal with penalties. Perez crossed the line in 5th place but dropped down to 6th after being handed two time penalties for running Charles Leclerc off the track on two separate occasions.

This promoted Carlos Sainz to 5th place; the Ferrari driver took full advantage of running a longer opening stint and climbed up the order after a late-race charge. Daniel Ricciardo, Leclerc, Pierre Gasly and Fernando Alonso completed the top 10.

The final lap also saw some drama as Aston Martin’s Sebastian Vettel and Alfa Romeo’s Kimi Raikkonen clashed wheels while battling it out for 12th place.

Hamilton switched to damage control mode after being passed by Bottas and Norris. But Verstappen’s latest victory has helped the Red Bull Racing driver stretch his lead from 18 to 32 points in the championship.

With five wins on the trot, Red Bull Racing also leads the constructors’ championship by 44 points from Mercedes.

F1 will now head to Silverstone for the 2021 British GP, where the new Sprint Qualifying format will be making its debut.