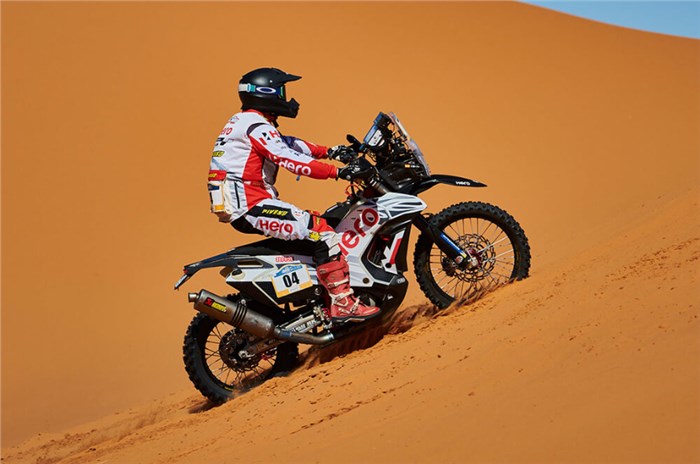 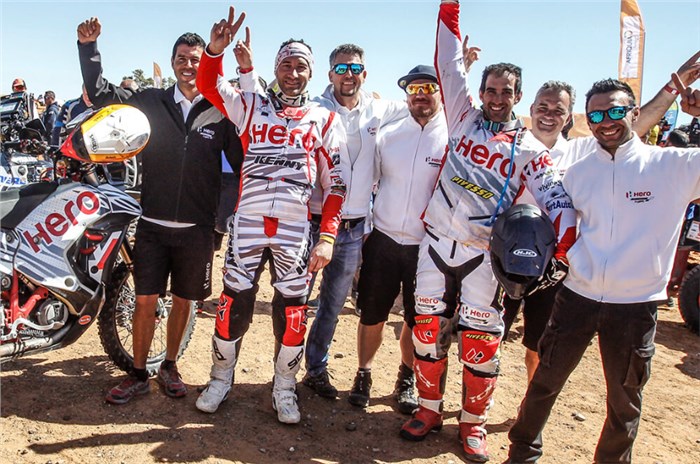 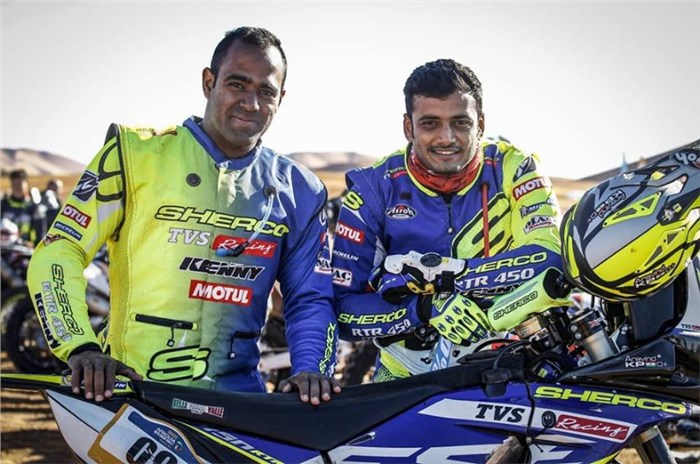 The 2019 Merzouga Rally concluded, with the fifth and final stage taking competitors through the dunes of southeast Morocco. Staying true to tradition, the final stage saw a mass start, with SxS drivers starting first, followed by the Quad riders and then riders in the Moto category. Overall, it turned out to be a successful event for Hero MotoSports, with the team claiming its first podium finish of the season.

Oriol Mena put in a consistently strong performance throughout all the stages leading up to the finale. However, he faced a challenging run in the final stage – suffering a fall early on while trying to avoid crashing into another driver. He recovered to complete the stage with the 7th fastest time, which was just about enough for him to secure 3rd place in the overall Moto standings. This marked Mena’s first-ever podium finish in rallying, since his made his international rally debut in 2017.
Mena’s Hero MotoSports teammate Joaquim Rodrigues finished just shy of the top three. Setting the 3rd fastest time in Stage 5 helped him secure 4th place overall.

Sherco TVS also finished strong, with Aravind KP climbing up to 51st place in the overall standings after setting the 23rd fastest time in the final stage. "It has really been a great rally, highly technical and demanding, especially in terms of navigation. I felt really good on the bike and managed to escape any mechanical problems, apart from an oil leak one day. When you get so much pleasure out of a rally, you can't wait to give it another go!" he said.

As for the overall winners, Adrien Van Beveren clinched victory in the Moto category by close to 25 minutes over 2nd placed Branch Ross, after winning the fifth and final stage. Nasser Al-Attiyah won the SxS category, while Axel Dutrie took victory in the Quad category.