Gaurav Gill took a convincing win in the opening round of the 2018 INRC at Chennai. 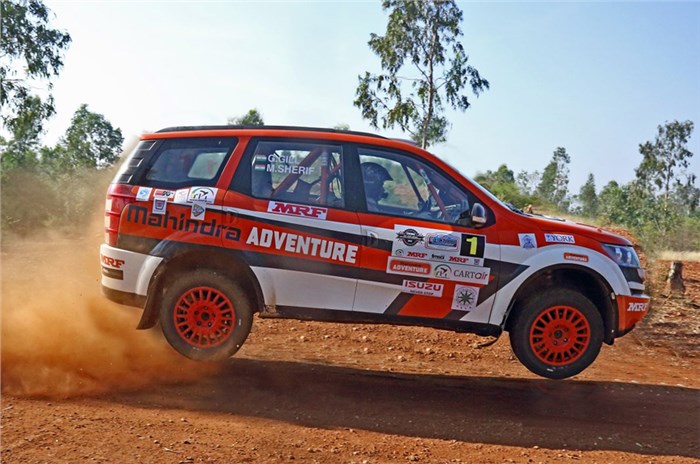 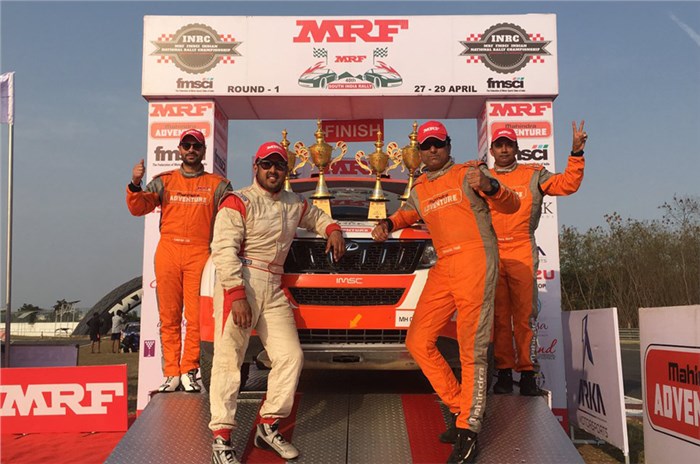 Gaurav Gill proved his mettle as he won the MRF 40th South India Rally in style. The Mahindra driver started the 2018 season of the Indian National Rally Championship (INRC) in the best possible manner with a compelling victory. Gill had ended day 1 in first place and he was at his aggressive best as he won all the five stages on day 2 to stamp his authority. Gill and his co-driver, Musa Sherif even managed to better their day 1 performance by 27sec, as they won the rally with an overall timing of 1hr, 28min and 43.1sec.

Amittrajit Ghosh was the star driver of the day as he was constantly tailing Gill throughout the stages. This helped him improve his overall timings massively and he finished in second position overall with his co-driver, Ashwin Naik. INRC-2 driver Karna Kadur had to settle for third place overall, but, the Arka Motorsports driver will be happy in winning the INRC-2 class. Younus Ilyas, who had finished day 1 in second position, sadly, faced gearbox issues which not only ruled him out of the event, but robbed him of a possible podium finish too.

Former FMSCI President Vicky Chandhok, who made a comeback to competitive motorsport after an 18-year-old hiatus finished in eighth position overall and third in the INRC-1 class. The rally veteran was visibly delighted with his performance. Round 1 of the 2018 INRC was a gruelling affair as only 15 competitors of the 31 that started the rally managed to complete. The 40th South India Rally consisted of ten stages with two super special stages being held on the tarmac of MMRT race track. The other stages run at the AAVISA golf course section and MMRT track on a mix of gravel and tarmac.