Valtteri Bottas on dealing with the pressures of F1 – Interview 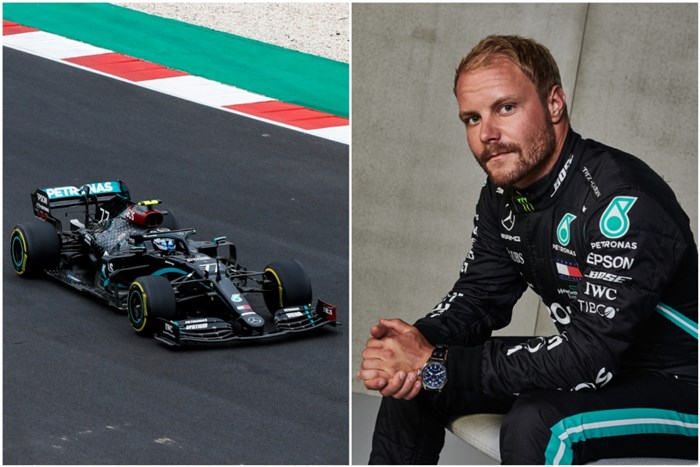 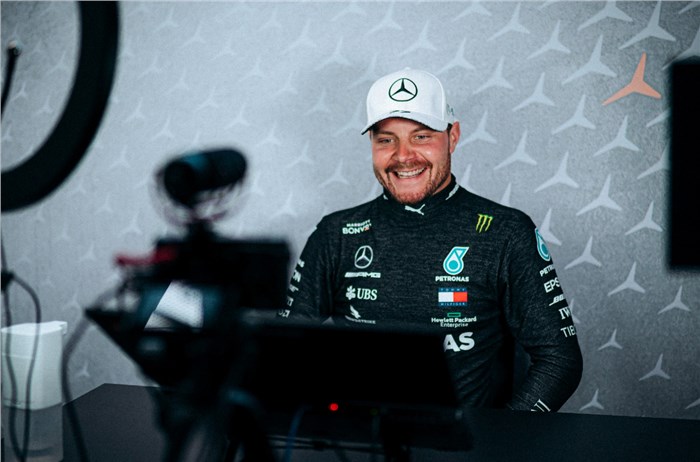 Mercedes-AMG Petronas F1 driver Valtteri Bottas sheds some light on how he deals with pressure, how the lockdown may have been a blessing in disguise and more.

Valtteri Bottas arguably has one of the toughest jobs in Formula 1. Mercedes have emerged as one of the sport’s most successful teams. And while driving for such a dominant team has its obvious perks, it also comes with intense scrutiny. Add to that the fact that you’re driving alongside someone like Lewis Hamilton and you have all the makings for a metaphorical pressure chamber. But Bottas remains confident in his abilities.

Focusing on the positives

2020 may not have shaped up to be the career-defining year Bottas was hoping for. He kicked off the season with victory at the Austrian GP, but since then he’s only scored one more win in Russia, while Hamilton has gone on to break one record after another.

But Bottas believes there are quite a few positives to take away from this season too. “I’ve had those couple of races that I didn’t score any points; they obviously were pretty penalising for the championship,” he says

“Otherwise it’s been close between me and Lewis in qualifying and some races as well; many of those races he’s been able to turn into his benefit. So the season has been positive in a way. Even though I’m getting older, I’m getting quicker. Every year I feel like I have better and better chances to fight for the title.”

When asked if he believes the pressure on him is higher than ever, Bottas admits that while the conditions are demanding, the pressure comes from his side personally, more than anything else.

“I need to always try and extract everything out of myself that I can every single week. For sure it takes a lot of energy; I can’t say pressure but it is demanding. I think the pressure mainly comes from my side personally,”

“But I’m still upbeat and positive in the way that I know that anything is possible. I know that if I keep working hard good things are possible.”

The Finn goes on to add that he doesn’t feel like he’s yet peaked in his abilities as a driver, “I feel like I’m getting better every year. It doesn’t happen automatically, you do have to work for it. But I feel my best years are still ahead.”

As for what he thinks he needs to work on to raise the bar even higher, the focus is on two words – fine details. “I think race pace improved a lot this year; it still can be better and consistency can be better. Qualifying, yeah Lewis obviously has got more poles. So it’s about those fine details to still get them better,” he says.

“There’s always margin to improve. I know Lewis is also still improving. He’s working a lot to be a better driver and I need to make sure that I improve more than him.”

Rewinding to earlier this year, the lockdown gave racers probably the longest time away from competitive racing in years. But Bottas sees it as a welcome break that really gave him the time to focus on his mental health and training.

“For sure it was a hard period for many people, but for me personally it was actually a rare opportunity to do other things that you would normally have no chance or time to do,” he says.

“Me making the most out of it was trying to focus on training and have a good routine and rhythm every week. Also just mentally I could be a bit more relaxed in a way because I kind of knew that there’s not going to be any racing for a few months. It was also nice to experience that eventually, when I stop driving, there’s so many other things in life that are lots of fun and that I could do.”

But time off doesn’t mean time away from driving. Back home in Finland, Bottas was driving nearly every other weekend, something he believes was crucial.

“In Finland, I was driving something every week, whether it was karting or Ski-Doo or rallying. Physical training, obviously, it was a great time to build up your fitness. But driving side, that was important to stay in touch with because it’s quite a unique skill – the car control skill and the feeling of the car. So, I think it really helped me a lot to be ready for the first race,” he adds. 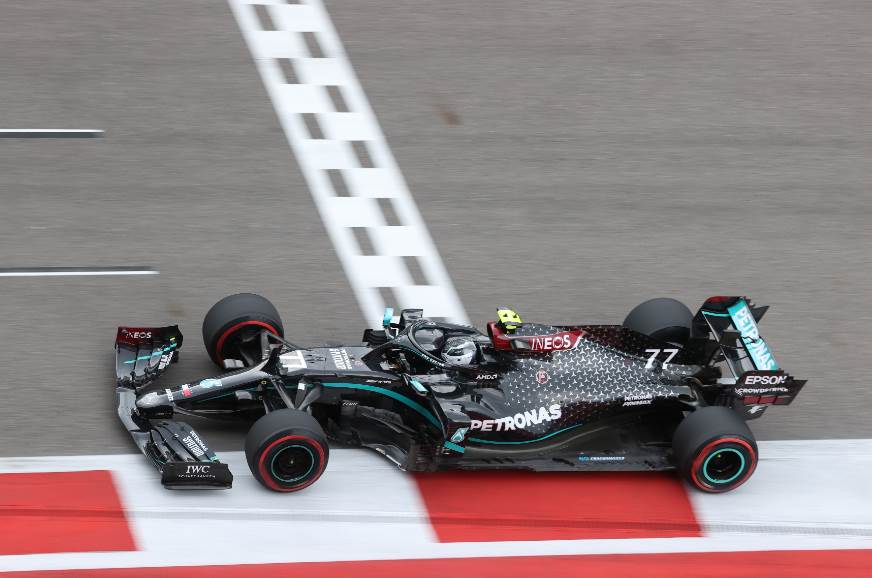 The interview was arranged by luxury Swiss watch manufacturer, IWC Schaffhausen, who have served as the Mercedes F1 team’s long-standing partner. Being a watch enthusiast himself, it’s a partnership made in heaven for Bottas. “Being quite a big fan of watches from a very young age, when I joined the team, obviously I knew that they had a partnership with IWC, so I was really pleased because it’s a beautiful brand with such a wide selection of watches,” he says.

Speaking about the parallels between F1 and watchmaking, Bottas adds, “I think watch partnerships in Formula 1 is really nice because in Formula 1 everything is about time. We drivers are rated by time, how fast we are. And the team needs to make the most of the time available,”

“On top of that, watchmaking is going into a direction with more technology involved, different materials. So, I’m pretty sure that the watch industry is quite keen on V the technology and materials used in Formula 1. I think there’s a great partnership there.”

As for what he looks for in a watch as a serious athlete, Bottas keeps an eye out for both practicality and aesthetics, “It needs to look good, that’s obviously an important thing. You don’t want to wear something on your hand that you think is ugly. But also it’s about the fine details and I love when there’s a story about the watch, it brings something special. And for sure the technology and the materials used is also a cool thing to understand.”

Coming back to the season, in the weeks leading up to the Russian GP, it was evident that Bottas was growing frustrated that the results just weren’t coming to him. And his win at Sochi couldn’t have come at a better time. “It was important because my first win this year was at the first race and then it was actually a few months without wins,” he says.

“So it was really important to get it because you need those kind of things to remind yourself that you can do it.”

The aftermath of the Russian GP also saw a rather colourful reaction from the usually steel-faced and composed Bottas as he spoke up about dealing with criticism on social media. In fact, he believes he’s picked up a useful trick – “I’ve definitely learned a lot about myself in Formula 1, how to handle that [online criticism] and how to turn that into motivation and an extra power source,”

“I try to avoid it because there’s always going to be criticism, no matter whether you’re doing well or if you’re doing bad; that’s how it goes unfortunately. But the trick is to try and use that as a benefit.”

The Russian GP gave fans a glimpse at Bottas’ passion and hunger for victory. But there’s no denying that he and Hamilton make the perfect pairing – they don’t really ruffle each other’s feathers out on track and consistently score the results for the team.

When asked about how one strikes that balance between wanting to win on race day, but also making sure you’re not jeopardising each other’s race, he says: “That’s a fine balance in this sport because we are for sure competing against each other, and your teammate can be your worst enemy. But we also know that you need to work as a team if you want the team to go forward,”

“Since the first year with my teammate we’ve had good respect and I think that’s the key. We can race really hard on the track, but at the same time we can work as a team because we know in the long term that’s the best thing to do if we want to keep winning. It’s always been working well and I believe it will in the future.”