His 2021 title battle may just be the shot of adrenaline Hamilton’s F1 career needed. In conversation with Autocar India, he discusses this, leaving a mark beyond just racing and more. 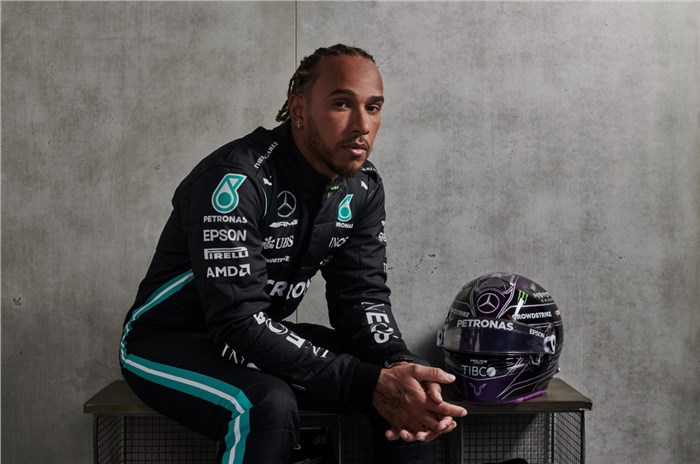 Lewis Hamilton is on the cusp of a record eighth F1 world championship title – a feat never achieved before in F1 history. But after years of domination, for the first time since 2016, he finds himself locked in a high-stakes title battle. The season-long rivalry between Hamilton and Max Verstappen has been a treat for the fans, but it has also unearthed an important finding for the Briton – that after all these years at the very top of the game, his hunger to win is stronger than ever.

Hamilton vs Verstappen will go down as a title fight for the ages, echoing shades of Schumacher vs Hakkinen and even Senna vs Prost. But heading into 2021, it was a whole other story with Hamilton absolutely dominating the sport for years. We’ve seen him rewrite the history books; with his Russian GP win, he even became the first-ever F1 driver to score 100 wins.

And this battle may have just been what Hamilton needed in his career. It’s understandable why he is constantly questioned about his future in F1. When you’ve achieved so much, surely the motivation to win isn’t as resolute as it once was? During a brief media interaction with Autocar India, the Mercedes driver shed some light on how this year’s titanic battle has only fuelled him more.

“The close battle really has made a huge difference this year because what people maybe don’t know is when I was younger, that’s what I loved mostly. And I think that’s what fans love, when they see that close racing,” Hamilton explains.

“To see two teams so close in performance, it makes me happy because it means that I can make even more of a difference, even if it’s only that one percent difference with the split second decisions that you can make. So that super inspired me this year.”

“I’m fighting against youngsters who are passionate and hungry and I’m having to dig deeper all the time. To be able to raise the bar, you have to dig deeper. So no matter what battle it is, you just have to keep digging and pushing and never give up, and I love being reminded of that every weekend.” 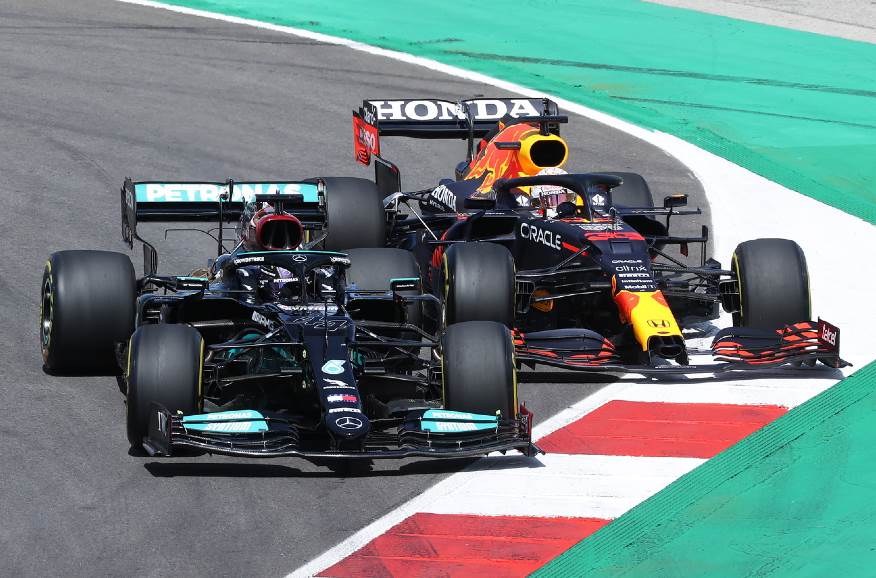 It’s been a game of tug-of-war between Hamilton and Verstappen all season long, with the two constantly swapping places at the top of the standings. And the value of every single point isn’t  lost on Hamilton, who describes this season as an “emotional roller-coaster.”

“One minute you’re in the lead of the championship and you feel great and the next minute you’re behind. And I’m conscious because I’ve lost a championship before by one point, so I know how valuable every single point is,” he says. “I’m literally driving on the edge of my seat and driving for my life, I’m giving it absolutely everything.”

In such a close battle, Hamilton believes its experience that could give him and Mercedes the upper hand: “I think what can make the difference is teamwork, it’s the passion, we hope it’s experience. It’s not the first time we, as a team, have been in this position, it’s not the first time I’ve been in this position. So I’m fairly relaxed, but I’m also super passionate  and it’s crazy because I’ve been racing for so long!”

He points out the Turkish GP in particular, where he finished fifth after a late pit stop. Much of the post-race coverage focused on Hamilton’s apparent frustration with the team’s strategy, but he later clarified his radio outburst was in the heat of the moment.

“I was messaging Toto [Wolff, Mercedes F1 Team Principal] and I was like ‘what you see in the race when I speak out, that’s the fire in me, it’s as strong as ever’. How is that the case after all these years? But that’s a real positive sign and, for me, that’s key for my spirit, knowing that I still care that much. I still love what I do and I will not stop until we get this job done this year,” he states resolutely.

Mercedes have made tremendous gains on straight-line speed as the season progressed, and Hamilton took the time to highlight title partner Petronas’ role in helping the team maintain a competitive advantage. “It’s through sheer hard work, determination and focus, just  fully driven on data and innovation. We have a little lab that’s at every race. Even on race weekends samples are constantly being taken from cars, and we are continuing to push the limits with our engine,” he explains.

It isn’t just the on-track battles fuelling Hamilton. As F1’s first and only black driver, diversity has always been a topic close to his heart and he’s aware that he’s in a position to bring about genuine change beyond just the racetrack.

“These last two years have been really heavy in terms of the whole societal push for diversity and inclusion. That’s where a lot of my time and energy is going,” he says, referring to his Mission 44 charitable foundation that focuses on empowering and supporting youngsters from underrepresented groups across the UK.

“I’ve got this side project which I think is even more challenging and as time consuming as trying to win a world championship and even more important. So trying to find the balance between both of them has been a challenge,” he adds.

His advocacy for more diversity has also made Hamilton realise that “this is where I belong”.

“I’m finding things that make me happy, things that I love doing. Working on Mission 44 is something that really brings me joy. I love the fact that what I’m working on will have a tangible impact on young kids for the future and I’m already seeing it,” he explains.

“For example, my team has gone from three percent diversity last year to six percent already. In the next years, I expect to see the same steps; and the industry is also going on that road. So that brings me a lot of happiness and lets me know that this is where I belong and there is lots of work to do. Winning championships is a good thing, but actually impacting youngsters is way more rewarding than any championship can be.”

However, Hamilton is quick to switch back to competitive mode – “But also, we want the championship,” he quips.