Indian racer Akhil Rabindra is returning to the GT4 European Series after a year away, and this time around, he’s targeting bringing the title home. 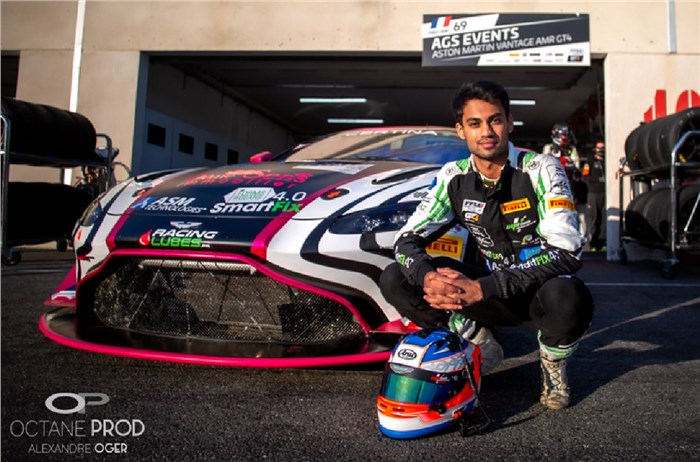 Akhil Rabindra believes all the variables are in place for him to enjoy a strong season in the upcoming GT4 European Series, as he returns to the championship after a one-year break. We catch up with him ahead of his first outing of the year in Mona, Italy, to discuss the season ahead, being part of the Aston Martin Racing Driver Academy, his GT3 aspirations and a lot more.

Rabindra has enjoyed decent success in his two years of racing in the GT4 European Series (2018-2019), and even collected a podium finish with a 2nd place result at UK’s Brands Hatch Circuit in 2019. And then the pandemic hit in 2020, disrupting motorsport calendars worldwide. Despite everything, Rabindra was able to secure a spot on the grid for the French GT4 Championship and he ended the year ninth overall in the Pro-Am class.

The 24-year-old from Bengaluru calls it a difficult but interesting season – “Difficult because except for one track I didn’t know any of the other tracks. When you race in a regional championship, the local people have been racing there for the last 10 years; it’s the equivalent of them coming to MMRT [Madras Motor Race Track] to race.”

“And also, the grid surprisingly was very strong - a lot of good drivers who were in Pro were all gold drivers, which is a category above me. So they are technically faster, higher-graded drivers. It was a nice challenge to be pitted against drivers who are more experienced and faster than me,” he adds.

But he’s back racing in the GT4 European Series this year, driving an Aston Martin Racing V8 Vantage GT4 for AGS Events Racing. Rabindra believes all the pieces are in place for him to enjoy a strong season – he’s already had experience driving the Vantage GT4 in 2019, this time around he’s familiar with all the tracks on the calendar and the team he’s racing for happens to be the reigning champions in the series.

Of course, he’s also had some experience working with AGS Events, since he also drove for them in the French GT4 Championship last year. “This year I’m very excited! I know the car, I know the team, I’ve raced on all the tracks,” he says.

“I’m really looking forward to getting started. In some way, when you’ve been there and driven on those tracks before, the learning is far less and it’s just about extracting the best out of it.”

“My expectations are to do well. I’ll definitely be giving it my 100 percent in every session I take part in. I want to win from the first to the last race. I want to win the championship. As we all know, racing has a lot of variables and I just hope I’m on the side of luck.”

The years of sportscar racing experience that he has notched up will also be a key variable according to Rabindra – “In the first year you make several mistakes, some which are driver induced and some where you could have avoided a potential collision and many other things. So I think all that experience has been gathered into my so-called ‘database of racing’ and now I know what to do and what not to do in certain situations.”

“And I think more importantly, when you know all the tracks and you know the car, you can anticipate some things which may happen and that comes with experience.” 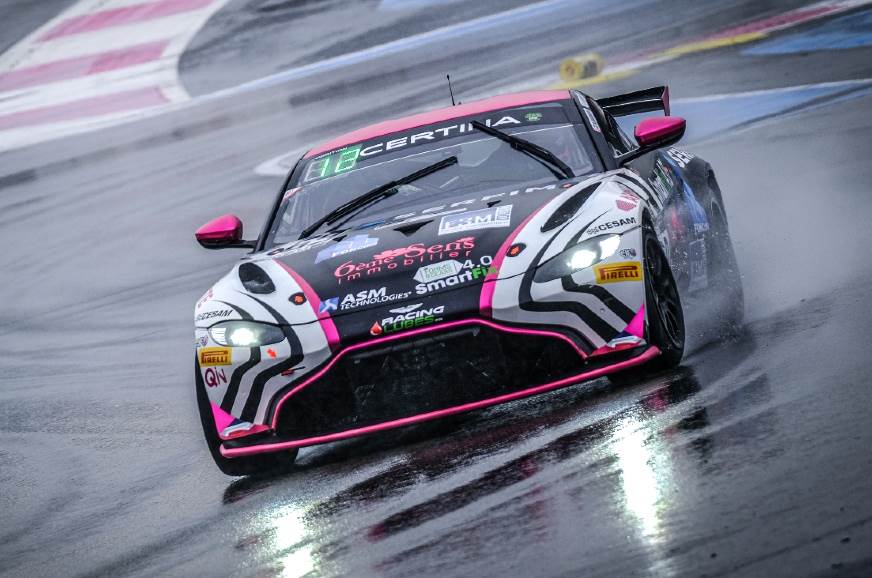 In 2019, Rabindra became the first Asian driver to be part of the Aston Martin Racing Driver Academy. The carmaker decided to retain him for 2020-21, owing to his impressive form and Rabindra singles out the academy as a major factor in his growth as a driver.

“The academy has been very helpful; you get a lot of exposure to very good drivers and a lot of resources,” he explains. “There are the factory drivers, who have raced in multiple championships across the world and have a lot of experience. Then you can work with the same physical trainers they work with. There is the simulator, which even they use.”

“So you’re training on similar grounds as them and are on par training-wise. I think it’s opened up a lot of opportunities to learn off the track as well."

As for his preparations for the upcoming season, he says he started off the year predominantly training in India before flying to the UK to resume his simulator training there. “Here, I can use the simulator which is the next best thing to driving on the track. So with the combination of knowing the car, knowing the track and doing a fair bit of simulator prep, I’m entering the weekend with as good preparation as possible.”

Rabindra has been racing GT4 cars for a while now and is aiming to step up to GT3 in the near future. But he’s being cautiously optimistic about that, saying, “It’s all about having the right combination of team, car and co-driver. It’s also a step up in budget, so there are various factors which need to play out.”

“We don’t want to randomly enter GT3 and go backwards. We just need to make sure that when we do step up, we have the necessary budget as it’s much more expensive and also, we’ll pick the best team with the best co-drivers and the best car to have to have a good outcome.”

With Jehan Daruvala making a splash in Formula 2 and Narain Karthikeyan’s Racing Team India securing a spot on the provisional entry list for the famous 24 Hours of Le Mans, the country has been hitting major milestones on the global motorsport stage. Rabindra points out that acquiring sponsorship and budgets will always be a constant struggle for racers, and more so if they’re hailing from countries like India where motorsport isn’t quite as ingrained in the culture as it is in, say, Europe.

But he’s also hopeful – “the encouraging thing is you have drivers who are doing really well internationally and getting the name out there. That’s to show that we are no less, we are equally talented, we are equally fast and we can go on the global stage and prove that we are very good drivers. That really builds a good reputation for people back home in India who are coming through karting and junior formulas”.

“Budget being the most important thing, if you can reduce it in whichever way possible, I think that’s the way to go.”