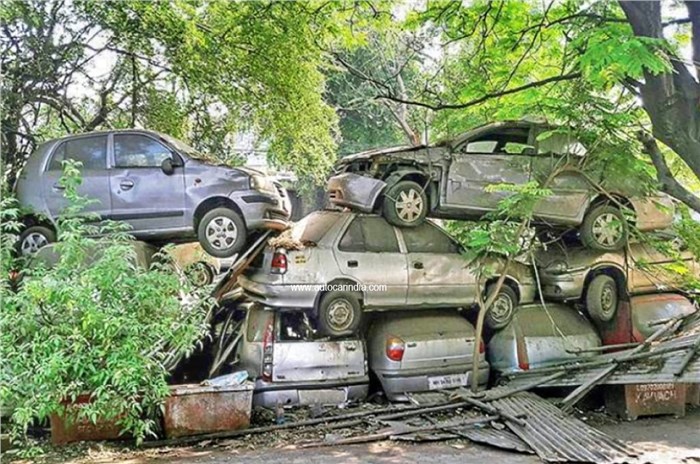 The much anticipated vehicle scrappage policy has finally been approved by Ministry of Road Transport and Highways (MoRTH), albeit applicable only to government vehicles for now. Under the policy vehicles of both, Central and State Governments that are older than 15 years will be scrapped. The policy was approved on January 25th this year and will come into effect on April 1st, 2022.

The vehicle scrappage policy has been a long time coming and the announcement of this first level will come as a relief to those in the industry hoping it would help revive demand. As per earlier discussions, the scrappage policy was expected to offer incentives to owners to scrap their old vehicles, however, a policy for personal as well as commercial vehicles is yet to be announced.

The Union Minister for Road Transport and Highways, Nitin Gadkari, has also approved a proposal to levy a ‘Green Tax’ or pollution tax for older vehicles. The proposal has been sent to states for consultation, after which it can be formally notified.

While the Green Tax will help cut down the number of polluting vehicles on the road, a lot of care needs to be taken to ensure the survival of Vintage, Classic, as well as some modern cars, given the importance of automobiles in human history.

Personal vehicles will also be charged a Green Tax at the time of renewal of the Registration Certification after 15 years, while a significantly higher Green Tax (50 percent of road tax) will be levied on vehicles being registered in highly polluted cities.

There will be a differential rate depending on the fuel (petrol/diesel) and the type of vehicle. Greener vehicles like strong hybrids, electric vehicles and alternate-fuel vehicles using CNG, ethanol and LPG will be exempted from the Green Tax, along with agricultural vehicles used in farming such as tractor, harvester, tiller, etc.

It is proposed that the revenue generated from the Green Tax will be kept in a separate account and used for tackling pollution and for states to setup state-of-art facilities for emission monitoring.