The NGT says that a proper mechanism to set up authorised recycling centres compliant with environmental norms is an urgent need. 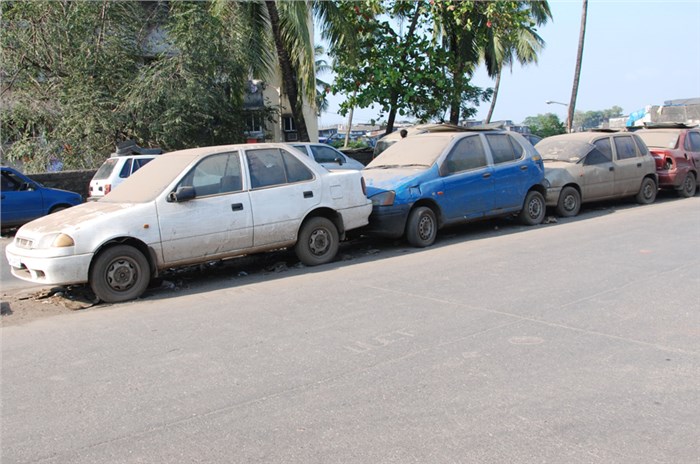 The National Green Tribunal (NGT) has pulled up the Ministry of Road Transport and Highways (MoRTH) for the delay in issuing guidelines on scrapping of vehicles, reports PTI.

The report states that a bench headed by NGT chairperson Justice Adarsh Kumar Goel said a proper mechanism to set up authorised recycling centres that are compliant with environmental norms was an urgent need, in view of a large number of 'End of Life Vehicles' (ELV).

The green body found MoRTH’s response to its queries “very unsatisfactory and lacking in sensitivity.” It further said that there is no tangible explanation for the long delay in issuing the necessary notification. Making allowances for the pandemic, the bench “granted further time of two months for issuing requisite notification."

The NGT has noted that the draft guidelines for the setting up, authorisation and operation of Vehicle Scrapping Centres have been uploaded on the MoRTH website for public comments; they have been suitably modified with reference to inputs. However, a formal notification is yet to be issued under the Motor Vehicle Act, 1988, after Cabinet approval.

With multiple stakeholders – like vehicle owners, vehicle manufacturers, scrappers and the RTOs –involved, setting up a scrappage policy is no simple task. However, it has been spoken off for years now. Even recently, many felt that the Aatmanirbhar Bharat package should have addressed the auto industry and the scrappage scheme would have been welcomed then.

The PTI report says that the tribunal has warned that if no notification is issued before January 6 next year, the Joint Secretary at MoRTH will have to appear in-person and explain why action should not be taken for the unnecessary delay.

It further said that the stand of the Delhi Pollution Control Committee shows that clandestine activities are still being found, for which vigilance may be strengthened.

The NGT estimates that the number of ''end of life vehicles'' will be over 21 million (2.1 crore) by 2025. It had directed the government to formulate a standard operating procedure (SOP) for setting up authorised recycling centres to scrap cars scientifically. The environmental body said the scrapping of vehicles in a scientific manner needs to be taken up on organised basis as the current capacity is hardly adequate.

Experts from the Indian automotive industry speaking at our sister publication Autocar Professional's webinar on the theme of 'Driving towards a Greener, More Sustainable Auto Industry', held on April 22 – the 50th World Earth Day – were also of the opinion that the scrappage policy is vital to charge India's eco-friendly mission. Auto industry bodies like SIAM and dealership association FADA have also highlighted the need for an effective scrappage policy.

Spare wheel not compulsory for all passenger vehicles - MoRTH