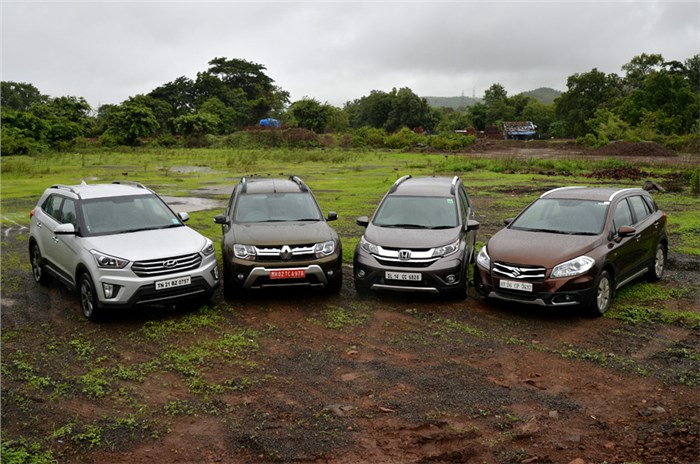 Car buyers in the market for an SUV, a luxury car or a mid-size vehicle will have to brace for an increase in prices as the Goods And Services Tax (GST) council today increased the cess on a certain category of passenger vehicles in its latest meeting.

As a result of the hike in cess, the total tax incidence on mid-size cars, large vehicles and SUVs now stands at 45 percent, 48 percent and 50 percent, respectively.

However, the GST council, headed by finance minister Arun Jaitley, has refrained from hiking the cess on small cars [under four metres in length, and with engine capacity less than 1,200cc (petrol) and 1,500cc (diesel)], vehicles with 13 seats and hybrid vehicles.

This move comes little over a week after the Union Cabinet officially approved the hike in the cess ceiling on luxury cars and SUVs to 25 percent from the earlier 15 percent. However, the Cabinet's decision evoked sharp reactions from the automakers who said the hike will force them to rework their strategy thereby impacting long-term planning.

The final decision to levy a differential cess on vehicle categories suggests that the government seems to have taken note of the industry's concerns to some extent by capping the highest applicable tax rate at 7 percent.

Nevertheless, luxury carmakers such as Mercedes Benz and Audi are set to be hit the hardest by the cess hike while a few like Maruti will be relatively less affected.

“The decision to increase the cess yet again is very unfortunate and totally overlooks the contribution we make to the industry and to the economy. Though the luxury car industry’s volume contribution is very low, our value-wise contribution is much higher and that has immense potential to grow even more in the future, had there been fair taxation. With this increase in cess now, the prices are bound to leap back to the pre-GST regime, in some cases higher than the pre-GST regime, thus negating altogether the benefits of GST regime,” Roland Folger, MD and CEO, Mercedes−Benz India said.

"The taxes on this industry were already very high and we expected the unfulfilled potential of this segment to increase after the implementation of GST and rationalisation of taxes. Even if the rumoured cess hike of 10 percent was not concluded, the prices will go up again, which is disappointing. We will need to study the impact of this hike on the buyer sentiment," Rahil Ansari, head of Audi India said in a company statement.

As a result of the increase in cess, manufacturers will be forced to reverse price cuts that were implemented when GST was introduced, thus affecting demand ahead of the festive season.

Korean carmaker Hyundai criticized the GST council's move saying it would affect the confidence of automakers. "We expect the coming festive season will witness low customer sentiment on new purchase decision. Further in the absence of consistent and long term policy the investment for new products and new technology will be adversely impacted," the carmaker said in a statement.

"While the increase in cess will impact consumer demand, investment and job creation, we are glad the government and GST Council took note of our concerns and somewhat moderated the increase in cess,"  Rohit Suri, president and MD of Jaguar Land Rover India said.

The proposal to raise the cess came after the GST council realised that the total tax incidence on motor vehicles was lower post GST, as against the tax incidence before the implementation. 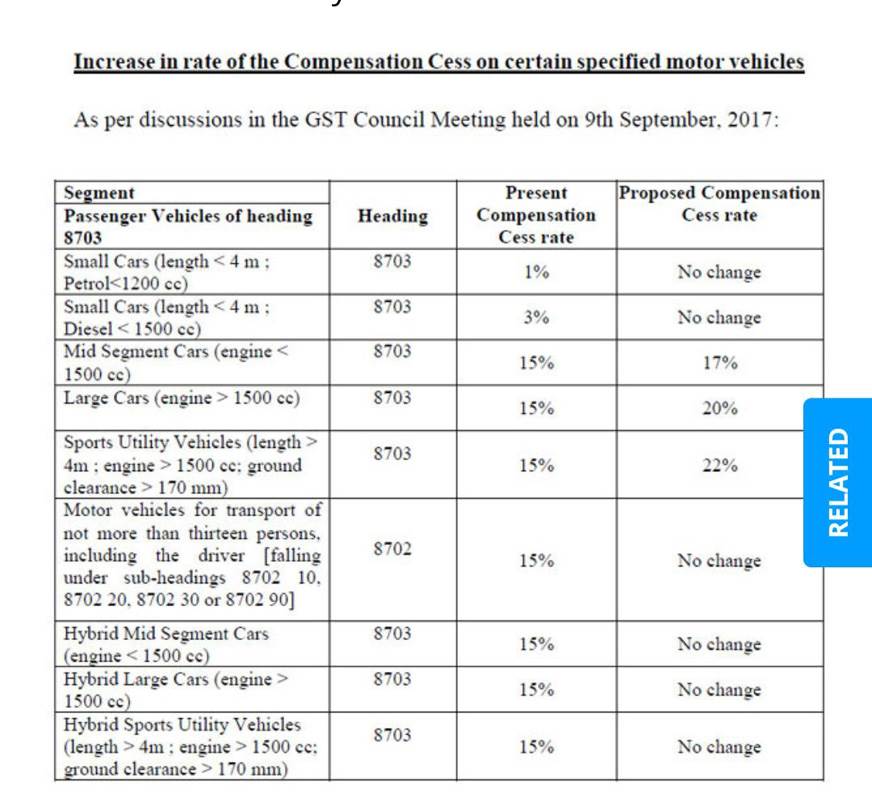