The portable dustbin holds trash like wrappers and tissues; fits into the cup-holder. 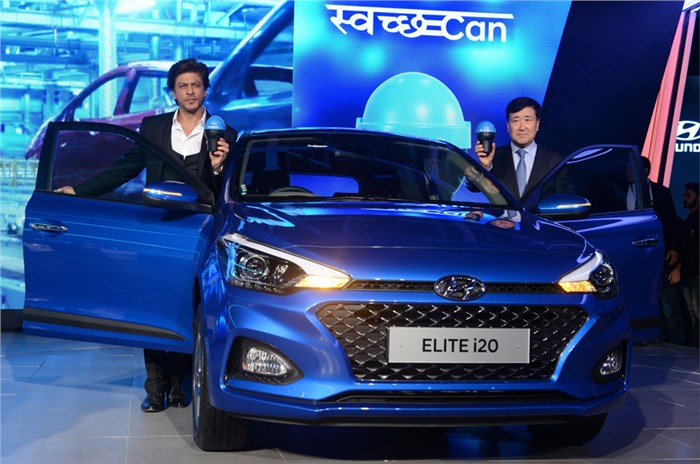 In a move to keep Indian roads clean, Hyundai will be providing a handy dustbin as standard with its entire model range across the country from March 1, 2018. The Korean carmaker has taken the initiative under their Corporate Social Responsibility (CSR) program and begun the ‘Swachh Move’ campaign in support of the government’s nationwide campaign, Swachh Bharat Abhiyan.

Hyundai claimed to have come up with the program after conducting a survey asserting that over 95 percent of Hyundai car owners are willing to carry a portable dustbin in their car. The dustbin can be used to dispose of small things – such as wrappers and tissues which are generally used by passengers in a car.

The bin is a small plastic cup that fits into the car's cup-holder and has a closable lid. The bin will be made available to around 5.5 lakh existing Hyundai car owners by year-end, after which it can be purchased from Hyundai dealerships.

Shah Rukh Khan – Bollywood veteran and Hyundai’s brand ambassador – initiated the launch, saying, “Swachh Can is a simple, yet powerful idea and I would like to request every single car owner to go ahead and use it; and play their role in the Clean India Movement.”

Hyundai i20 facelift: which variant you should buy

Hyundai foresees jump in i20 auto sales with 1.2 CVT

Hyundai may bring back Santro name with all-new budget hatchback