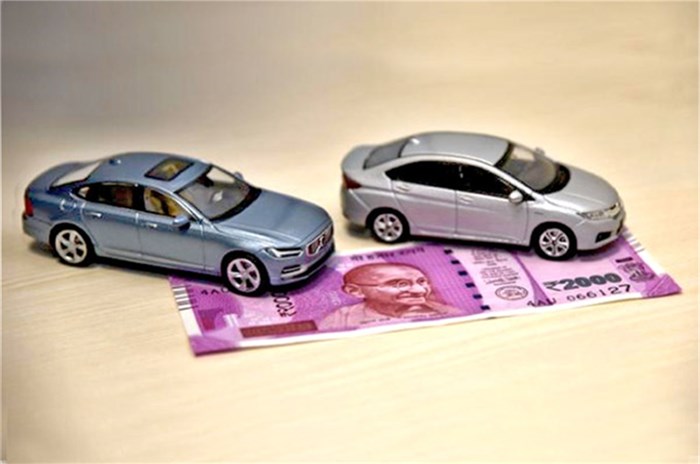 The Budget session of Parliament is underway and carmakers and automotive bodies have shared their expectations and hopes for the upcoming budget. The automotive industry has called for steps such as reduction in taxes and enhanced focus on stability in policy making as they put the GST blues behind them. They also called for concessions on electric vehicles to encourage their wider adoption.

However, it is unlikely that the Finance Minister will announce changes to the vehicle tax structure in the budget as the same now comes under the purview of the GST Council.

Shekar Viswanathan, vice chairman and whole-time director of Toyota Kirloskar Motor urged the government to "focus on long-term policy so as to lower the effect of budget tinkering and bring long-term stability of policy reform." He also called for government efforts to improve logistics cost by introducing river transportation and modernising rail transportation.

Tata Motors called for two tax rates for passenger vehicles as opposed to the multiple tax rates levied currently. "Regulatory uncertainties in the face of demonetisation, BS-III to BS-IV transition and a few provisions of GST have caused disruptions in the market. Rationalisation of tax slabs and reduction of cess will be a key step in boosting demand," a company spokesperson said.

Most luxury carmakers registered upbeat growth last year but it is believed that growth could have been higher had the GST Council not revised the rates upward to near pre-GST levels. “To operate in any market, carmakers need reasonable tax rates. Current GST tax rates are extremely high. To help expand the market and generate more jobs in this segment of the auto industry, we would urge the government to not only reduce these taxes to reasonable levels, but also ensure stabilization/longer term policies and tax regimes,” Rohit Suri, President & MD, Jaguar Land Rover India said.

Suri urged the government to not only reduce taxes to reasonable levels but also include left out taxes such as road tax and others within the GST regime.

The body has termed the GST rate on EVs as ‘unreasonably high’ and considers it as one of the stumbling blocks in achieving wider adoption of electric vehicles in the country.

SMEV also expects a time-bound implementation of the next phase of the FAME scheme and has recommended launching the next phase for a longer period of six years, as opposed to the previous short-term duration of six months or one year. FAME was launched by the government two years ago with the motive to promote the sales of electric and hybrid vehicles in order to cater the issue of increase in pollution levels.

Moreover, citing examples of some foreign countries such as France, Canada and Norway, which have benefited from giving rebates in income tax to owners of electric vehicles, SMEV have asked the government to consider implementing the same in India.

Tata Motors, which recently delivered the first set of e-Tigors to EESL as a part of a tender to supply electric vehicles for government use is looking forward to policies to make the EV segment attractive. “We expect the regulatory roadmap to have a full 5-10 year view that will help manufacturers prepare for this change in a planned manner,” a company spokesperson said.

Here are the policy announcements that few more companies are looking forward to in the Union Budget 2018:

We are electrifying the way forward, as evidenced by our line-up in India which is dominated by hybrid electric vehicles. To that end we welcome incentives that would set India firmly on a path towards more eco-friendly automotive choices. Hybrid electric vehicles are a significant transition point in the journey towards electrification so, in considering the mid to long term goals, India needs to promote both hybrid and electric options, because one will lead to better utilization of the other.

Each has a greater chance of succeeding because this is tied to the cost of the battery and ultimately the cost of the vehicle. With current high air pollution levels, hybrid technology represents a fuel-efficient and low emission option for an environmentally responsible option. Hybrids present a much more viable option that electric vehicles in India at this point in time in terms in the context of  ‘well to wheel’ emissions.

Simplify existing GST rate structure for automobile sector: After the roll-out of the GST, the government needs to have a simplified GST structure with not more than 2 rates - a merit rate for small cars and two wheelers, and a standard rate for most of the other vehicle categories. This will make the taxation regime less complex and will certainly help boost the demand for automobiles.

Policy, roadmap and incentives for electric vehicles: The government has to put in place a clear policy, time frame and get the pre-requisite infrastructure ready to enable automakers to prepare for the proposed switchover to electric vehicles. While it is imperative for the government to create a conducive policy framework for adoption of EVs, it is equally important for carmakers to work closely with the suppliers to build the relevant ecosystem. There should definitely be support from the government for CBUs in the EV segment, and a long-term R&D policy, as well as necessary training and skill enhancement initiatives to support the evolution of electric vehicles in India.

Incentives for vehicle scrappage policy: Another key point that the industry is expecting to be addressed is the announcement of a vehicle scrappage policy - the proposed 'Voluntary Vehicle Fleet Modernisation Plan’, which will keep older cars off the roads. An appropriately structured incentive scheme for scrappage of old cars (which invariably are more environment polluting) can be a game-changer for the industry. Successful implementation of this will not only benefit the environment, but will also reduce fuel consumption and infuse further demand for greener and efficient vehicles.

Higher allocation for R&D or restoration of weighted deduction of 200 percent on R&D expenditure: With significant changes in emission and safety regulations, it is imperative for the industry to enhance their R&D expenditure. In addition, the government is planning full electrification of existing vehicles. R&D spends on new cars, EV designs for cars, bio-fuels like ethanol and electric powertrain will increase. It is therefore imperative that the earlier weighted deduction of 200 per cent on R&D expenditure, that was brought down to 150 percent, is restored.