Join Autocar India in this exclusive drive, in one of the world’s most exclusive cars — the new Rolls-Royce Phantom Coupé. 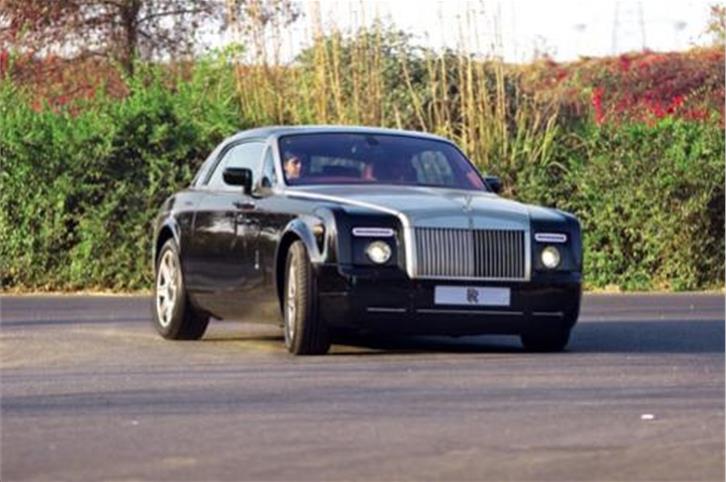 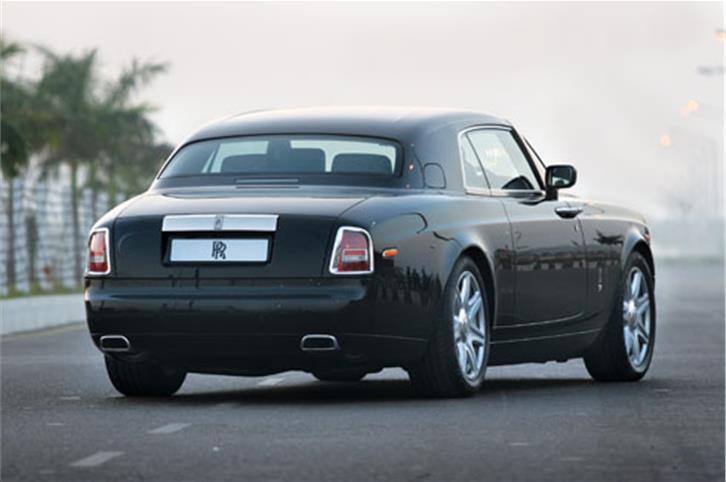 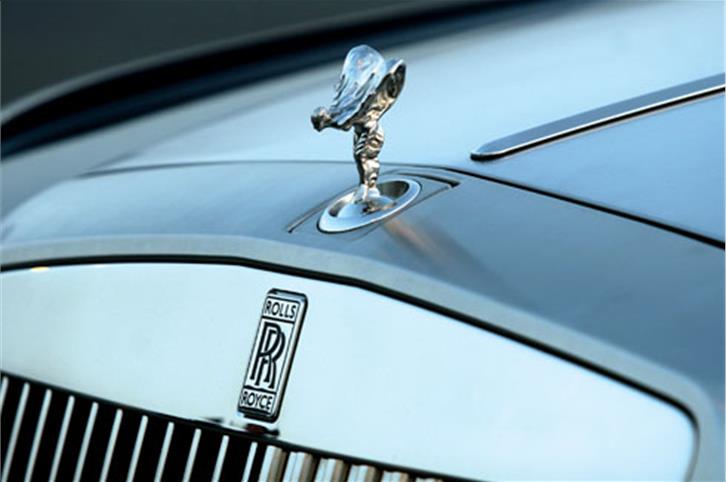 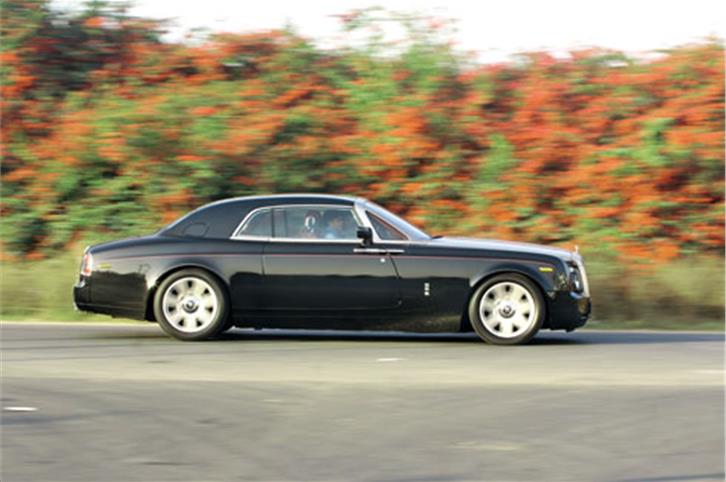 HOW DO YOU write about a Rolls-Royce motorcar without resorting to clichés and superlatives? All Autocar India readers already know everything there is to know about this legendary marque. So let me tell you about a button instead. It’s a small little button on the steering wheel, designed to be as innocuous as possible, as if the designer was aghast at the very thought of this sacrilege being there in the first place. You see, this little button launches the motorcar into sports mode! Each gear is held longer, and kick-down is faster. This is a Rolls designed for those gentlemen who would like to get behind the wheel of their Phantom. The first-ever Rolls with a sports mode. This is the Rolls-Royce Phantom Coupé. In 2006, Rolls-Royce unveiled the stunning 101EX concept, a lavish two-door based on its Phantom saloon. Almost a year after the debut of the original concept, Rolls-Royce announced a convertible version of the 101EX, dubbed the Phantom Drophead Coupé. And now, another Phantom variant, also based on the 101EX — the Phantom Coupé.

So how driver friendly is the latest Rolls? The muscle under the bonnet is the same 6.75-litre V12 motor that powers all BMW-era Rollers. That means 453bhp and 73.41kgm of torque. The company claims it’ll touch 100kph in 5.8 seconds. That’s faster than the BMW 750Li, which in our tests recorded a 0-100kph time of 6.38 seconds!

Time to put the figures to action. As I nail the pedal, I know that the big V12 under the bonnet is blowing up a petrol pump, but behind the steering wheel there’s just a hush. There’s no thunderclap, no angry soundtrack from the twin exhaust pipes. The 2,590kg car just whooshes out with a polite murmur. The high seat gives a commanding view from behind the wheel, straight down the long sweep of the bonnet to the Spirit of Ecstasy. Because it is a direct-injection petrol engine, it delivers 75 percent of its maximum power at just 1000rpm, giving it that smooth, unstressed performance. The big motor becomes more responsive as the engine speed builds up, and I need to keep an eye on the speedometer to keep the speed down to saner limits in this deceptively quick car. Even at triple-digit speeds the power reserve dial taunts me saying that more than 90 percent of the power is still untapped. The top speed has been limited to an adequate 250kph.

The Phantom Coupé is supposed to be, by far, the best handling of the Phantom family. The engineers have made countless detail changes to the suspension, steering and transmission to sharpen its responses. I wonder how driver-friendly a big luxury coupé can be? I find myself some nice open corners in the back roads of Greater Noida. There is just that slight lag between steering wheel input and car response. But it delivers enough communication and solemnly follows the direction I point it to. While I don’t expect it to win the slalom championship, I can pilot the big car around like a Boeing rather than a boat. I assume Phantom owners looking for Sukhoi-like responses have an Ariel Atom tucked away in their vast garage.

Does the sport mode change things? The truth is that while this is the first Rolls that an owner might try to pilot in an enthusiastic fashion, the sports mode does not turn the Rolls into a sports saloon. Yes, the steering does get a little more responsive, and progress is a bit more urgent but it’s rather pointless. It’s like the Duke of Edinburgh in a pair of Nike Air trainers. Rolls-Royces were never meant to be ‘sporty’. Pace, yes; sporty, no. The Phantom Coupé is first and foremost a luxury car. And perhaps the grandest of the grand tourers.

A Roller is about luxury. And comfort. And about being quiet. And the Phantom Coupé does a fantastic job of it. There is not even a pretense of sportiness in the cabin. Each and every detail is present to make your life as quiet and comfortable as possible. The cabin is so quiet that it feels almost unnatural. Constantly surrounded by normal everyday background noise, we in India tend to talk loudly. Wafting along in the Phantom Coupé at triple-digit speeds, the cabin is so hushed that my voice sounds too loud, and I have to drop my volume a few octaves so as to not sound like a boor.

Every Autocar India reader must have read about Rolls’ fantastic hand-crafted build. But to read about it, or see it in pictures, is never the same thing. I could spend hours just looking at and touching everything in the car. Even the smallest details, switches shaped like violin keys, seem to have been sculpted by a jeweller, with no deadline to catch. It’s just a tactile overload of the finest wood and luxurious leather with dashes of chrome. The dashboard is more a piece of fine furniture, and the seats are sofas; it seems to be more a corner of some English squire’s sybaritic study rather than a motorcar cabin. Only the fireplace is missing.

There is one feature that I thought would be more appropriate for rap stars with blinged-out cars in an MTV video. It’s the optional ‘starlight’ headlining.
This uses hundreds of tiny fibre-optic lights to create the impression of a starlit night sky. It is adjustable to provide a quiet glow or ample light to read by.

The fibre-optic pieces are all individually punched through  the headlining by hand, so no two cars are exactly alike. And you know what? I changed my mind; it somehow works in this car. No car can be 100 percent perfect. So what are the not-so-good points about the Phantom Coupé? Think. Think. Think. I got it. The huge rear-hinged backward-opening doors mean that you can’t park it in a tight spot, but then I guess no Roller owner will ever have to park it in a tight spot. Okay, here’s another gripe — rear window visibility sucks but then you have the option of a rear-view camera. That’s about it.

So what’s the verdict? The problem is that no Rolls-Royce has ever been built with an accountant dictating common sense. It’s grand, it’s luxurious, and it’s extravagant. You can’t judge a car that’s not built to any automotive convention. All you can do is dream that if you work harder, one day. . .