The sleek four-door coupé gets a complete makeover but maintains its appeal as a stylish alternative to a regular luxury sedan. 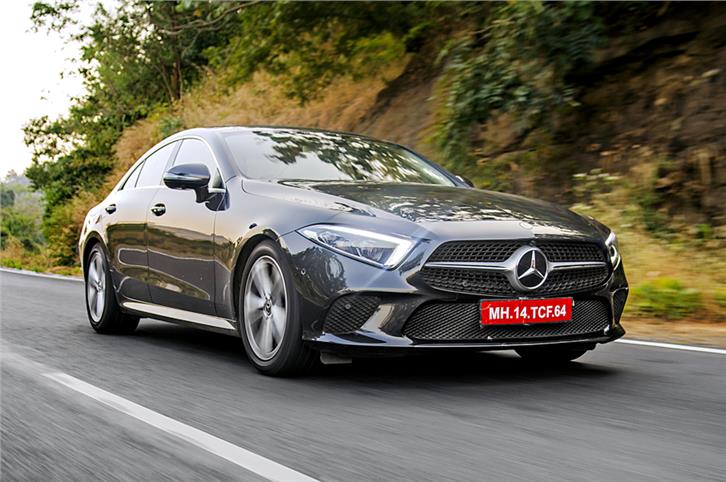 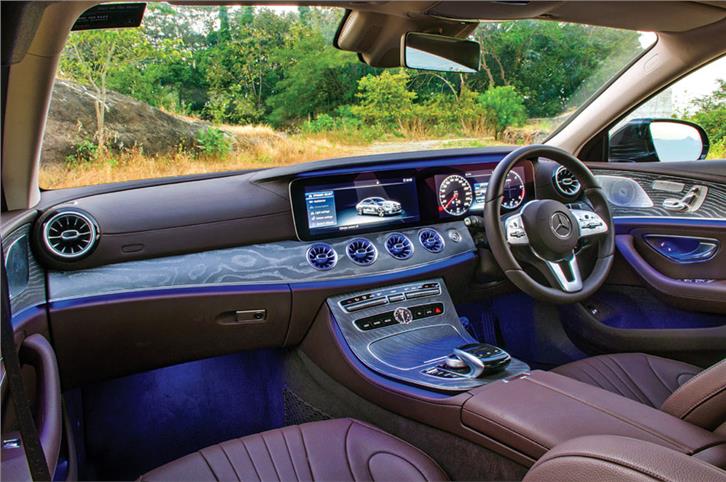 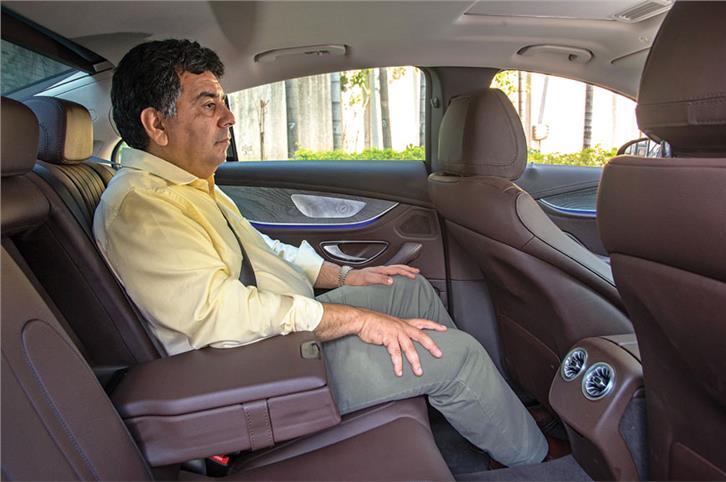 In the ever-crowded and competitive car market, even the tiniest of niches found empty have to be plugged, because, if you don’t, someone else will beat you to it. We’ve seen it with the BMW X6 coupé, which invented the SUV-coupé segment and then went on to rule it unchallenged for seven years, before Mercedes could respond with the GLE Coupe.

Consequently, it was Mercedes that pioneered the four-door luxury coupé segment with the first-generation CLS back in 2005, which prompted rivals like BMW and Audi to hit back with coupés of their own like the 6 Series Gran Coupe and the A7. 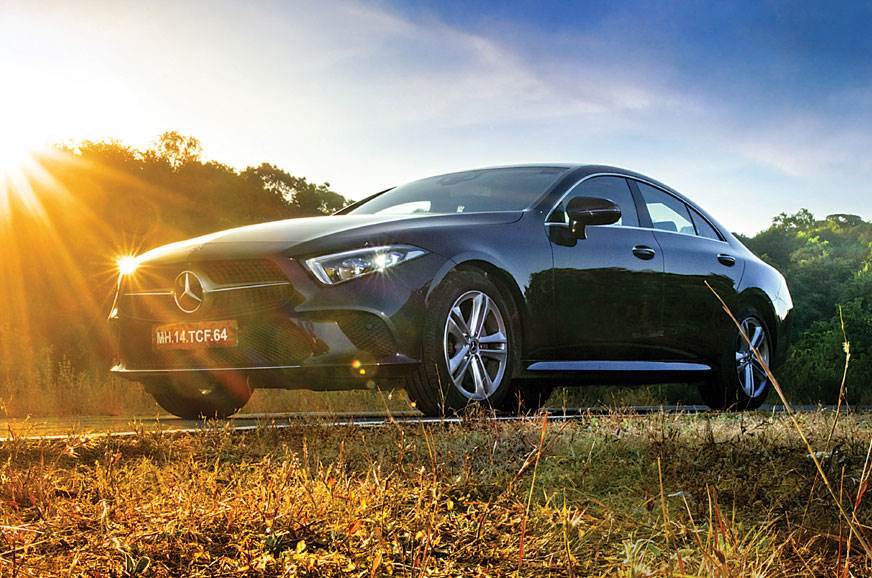 In an Indian context, where luxury cars account for just a little over one percent of the overall market, the teeny four-door coupé segment is a niche within a niche. Clearly, numbers are not what Mercedes is after with the CLS, and that’s why it’s not locally produced but is instead imported directly from the factory in Stuttgart in small batches. Imports, however, attract a punitive customs duty, which means the price you’re staring at for the base CLS 300d is Rs 84.70 lakh – a good Rs 26.09 lakh more than the bigger E-class sedan. So is it worth paying more for what is essentially an E-class with a more stylish set of clothes? If you take the sum of its parts, probably not, but like with a designer suit, there are customers willing to pay extra just for what is possibly the most beautiful sedan on the market today. 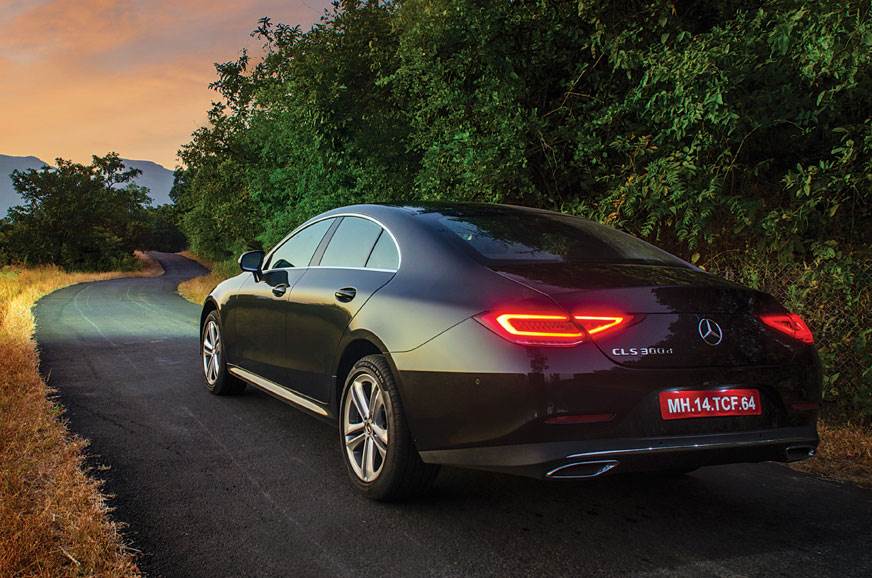 It is a car that looks great from any angle.

The elegantly styled CLS has perfect rear-wheel-drive proportions with its long bonnet and short overhangs. This model has always had a curvy shape with the roof arcing down into the boot lid, and the latest generation looks smoother than ever with a more flowing design and fewer edges.
The fairly aggressive-looking grille has a hint of AMG in it, while the slim, attractive-looking tail-lights extend all the way from the fenders to the boot lid. It’s hard to find a bad-looking angle on the CLS, but if there is one thing that lets it down it’s the rather average-looking, five-spoke 18-inch alloys. It’s so Mercedes to design a great set of clothes for this car but not bother about the shoes. Why?!

A touch of CLS

The swooping roofline impinges on headroom, which is immediately obvious as you have to duck to get into the rear seat. Legroom, however, is surprisingly decent and the scooped-out front seatbacks, which release an extra few inches of space, do help. The seat base is also fairly generous and there’s enough space all round to make this a genuine four-seater, for all but the tallest of adults. However, this is not a car for the chauffeur-driven and the heavily contoured seats are not designed for passengers to spend long hours in them. In fact, compared to the long-wheelbase E-class sibling, the CLS’ rear bench feels exactly that – a bench.

The CLS is best enjoyed up front where you are greeted by a dashboard, which you may not realise has the same architecture as the E-class. It’s just that the CLS’ dash is swathed in ‘Brown Ash’ wood trim, has turbine-styled air vents and gets an all-digital 12.3-inch instrument cluster that sits end-to-end with a similar-sized infotainment screen. The cabin lighting with 64 colours to choose from is pretty high tech, and a great touch is the way the central AC vents light up in red or blue when you raise or lower the climate control temperature. 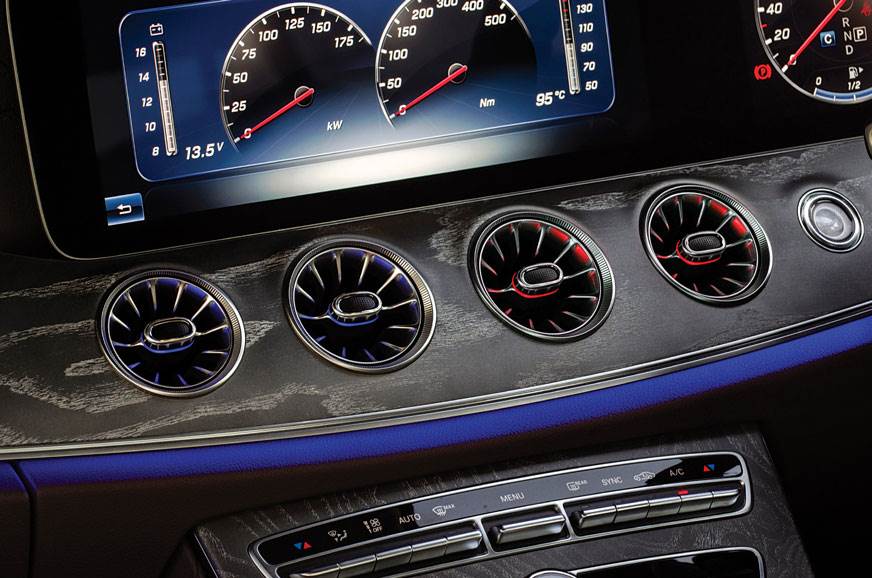 You get more equipment in the CLS than an E-class, which is some justification for the additional outlay. Standard on the CLS 300d are dual digital screens, a BS-VI-ready engine, multibeam LED headlamps and the ambient lighting in the AC vents.

The engine options, however, aren’t as exciting and if you were expecting the new, silky-smooth, straight-six diesel (350d) from the S-class, you’ll be disappointed. That’s not to say the base four-cylinder 300d is inadequate. It’s just that for a car that’s so well-equipped and looks so good, a stronger engine would have better complemented the package. But, being an import, the compounding effect of customs duties would have pushed the prices of the more expensive six-cylinder variants to silly levels – into S-class territory. And that is why Mercedes had to compromise on the engine spec. 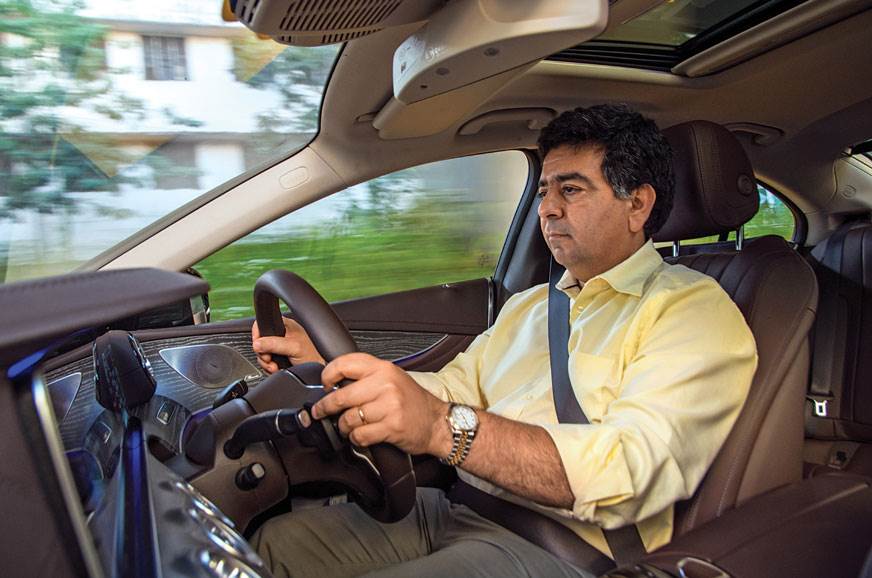 CLS is quick and yet relaxing to drive.

The good news is that this 245hp, 2.0-litre engine isn’t really a compromise. It is so smooth that you think it’s a six-cylinder and even performance is remarkably good. It’s quick to respond to even gentle throttle inputs, with the 9-speed auto reacting quickly and smoothly to make the most of all the 500Nm of torque. Flat-out acceleration is very impressive too, and the CLS 300d darts to 100kph from a standstill in 6.94sec, which is marginally faster than the E 350d (7sec). But this is not a car you want to fling around or drive with your foot to the floorboard. It’s best enjoyed driven a notch or two down, in a relaxed way, which allows you to soak in the road in total comfort. The air suspension smothers broken tarmac like a bigger limo and the relatively tall 45-section tyres do their bit in rounding off sharp edges too.

Sitting diametrically opposite to Merc’s AMG range, the CLS is at the softer end of this niche spectrum. And that means the CLS is not a car for someone who wants something feisty or aggressive, but instead for those who simply want to make a statement.