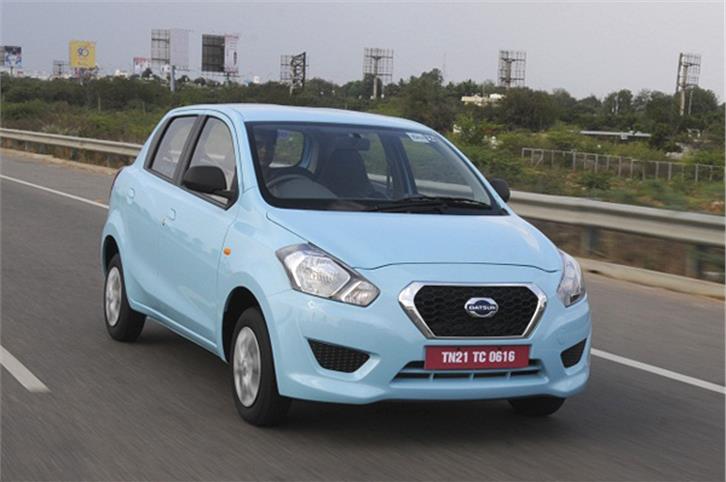 The designers have used smart lines to make sure the Datsun Go looks anything but budget. 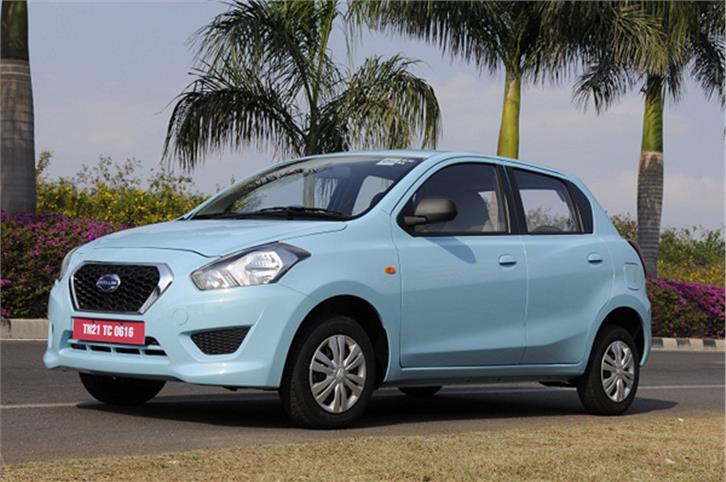 The Datsun Go is powered by a 1.2-litre petrol engine. 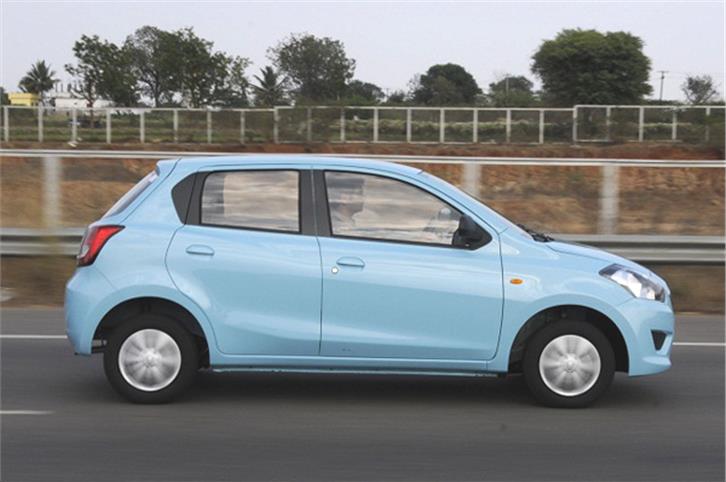 The skinny 155/70 R13 tyres that make the 'Go' look grossly under-tyred in those huge wheel arches. 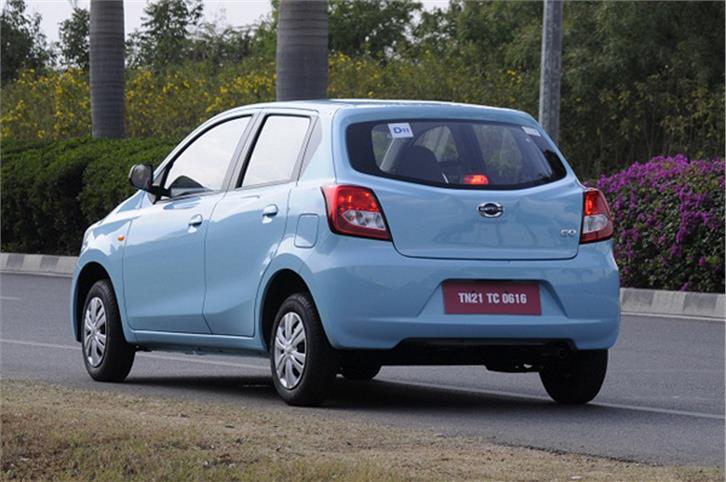 Datsun's small Go has 'big' aspirations. We get behind the wheel of the budget hatchback to find out if it's got what it takes to upset the big wigs.

We’ve just got our hands on the new Datsun Go and here are our first impressions. It is a good looking car – the diamond-shaped grille, the angular, peeled-back headlamps and its attractive lines do have appeal, and it’s clear that the designers have tried hard to keep it from looking too basic. The character lines along the side of the car that run into the tail section ensure this. And the rear, with its swept forward windshield, even has a hint of Nissan Leaf to it.

Now, it’s only the skinny 155/70 R13 tyres that make the Go look grossly under-tyred in those huge wheel arches. Under the hood is a 1.2-litre three-cylinder petrol motor that’s similar to the one in the Nissan Micra Active. It makes slightly less power than in the Nissan, but then again, the Datsun Go isn’t that heavy. It’s the car’s light kerb weight that makes it such a peppy performer.

It responds to light taps on the throttle eagerly and is happy pulling away from low engine speeds in high gear. There’s more – pardon the pun – go, as it climbs up the rev counter too. The mid-range is strong and it’s only when you get to around 4,000rpm that the engine tends to get thrummy in the way the Maruti 800 used to; the lack of cabin insulation is partly to blame here. The responsive nature of the engine makes it really easy to drive around the city – third gear is suitable for most city driving situations, but you will have to shift down into second if you want to get a move on. The five-speed manual is also light (if a bit notchy, especially shifting to first and second) and the clutch is progressive enough. Interestingly, this is not the same gearbox as the Nissan Micra Active, and has entirely different ratios that have been chosen to match the Indian driving style; a short first, and longer ratios for the remaining four gears.

Push the engine hard and it will easily propel the Datsun Go to triple-digit speeds. Our testing equipment shows that it will get from rest to 100kph in a reasonably quick 15sec and you can easily cruise at those speeds with minimum fuss.

The downsides? Well, there’s a bit of vibration from the three-cylinder engine at idle, but that’s it. It smoothens out when you rev it, and also quiets down when you are cruising.

Around town, the ride is quite supple although there is a bit of underlying firmness. Bigger bumps thump through but, having said that, it’s still got that big-car feel in the way it tackles bad roads. An issue we had, however, was with the suspension and the road noise that filters into the cabin, especially on coarse surfaces. Datsun, in the interests of cutting costs, hasn’t provided any sound absorbing cladding in the wheel wells and this allows quite a bit of noise to get through to the cabin, and this is also why the engine noise is so much more prominent.

The Datsun Go is an easy car to drive though – the power steering is light, and it feels very manageable from behind the wheel. Helping you along is the great visibility and the engine’s responsive nature. It doesn’t like to be pushed hard – around corners, the suspension’s generous travel allows for plenty of body roll and even though grip is decent, the car tends to move about on the tall tyres. It’s under such circumstances that your front passenger will find he has no ceiling-mounted grab handle to hold on to. It’s much nicer to drive at a suitably gentler pace

Out on the highway, there’s decent straightline stability and the steering weighs up enough to not make the car feel nervous at speed. It does get quite affected by crosswinds, thanks to its light weight, and it performs emergency stopping manoeuvres with plenty of squirming and squealing.

Open the light doors and step in and you can see that the interiors aren’t very plush, certainly not as good as the Hyundai Eon’s. Slide into the driver’s seat and you are faced with a simple, three-spoke steering wheel and even simpler dials – there’s a speedometer and a digital display that includes a rev counter, trip computer and fuel gauge. But this digital display is too small to read while driving. Another issue is the minimal lighting in the cabin and on the instruments, which at night makes them even harder to read.