Updated convertible not only gets all the cosmetic and tech upgrades of the sedan, but also its smaller petrol engine. 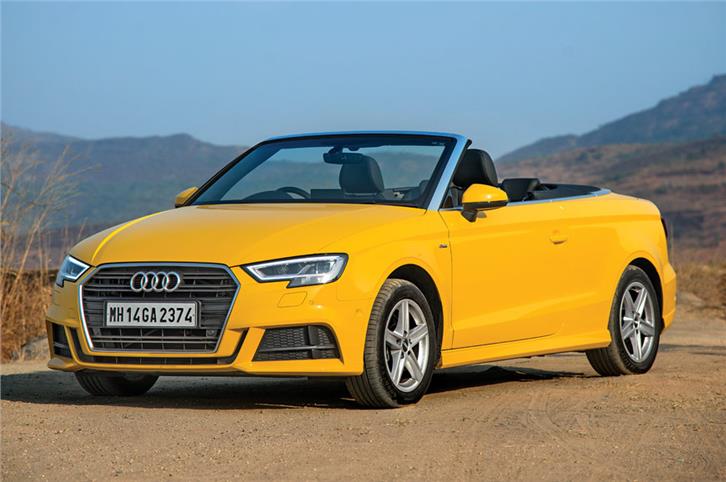 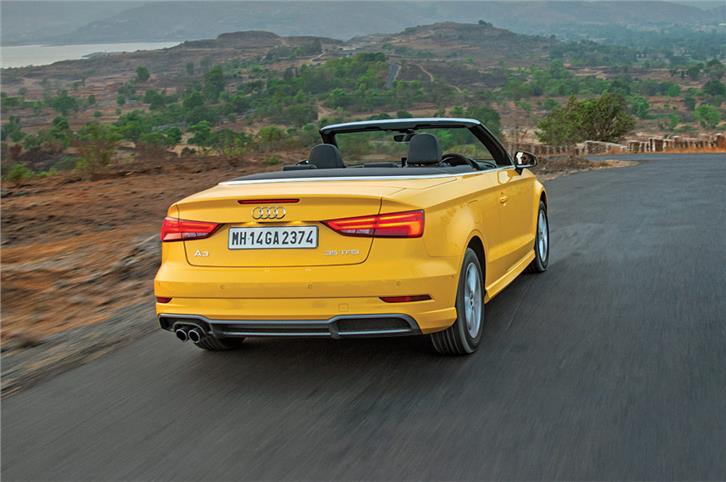 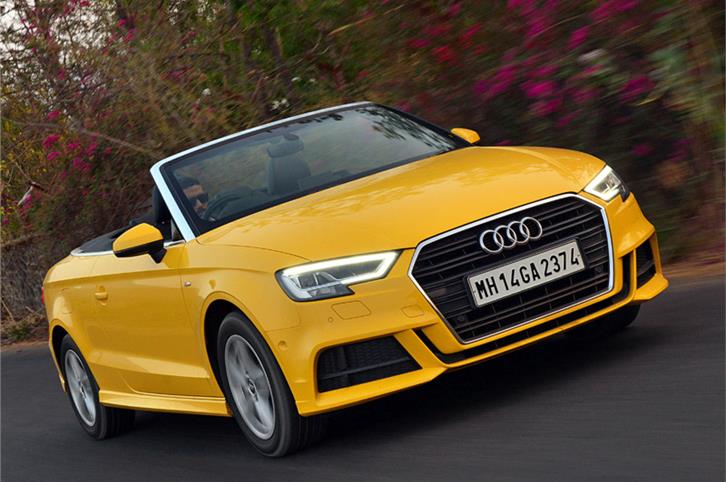 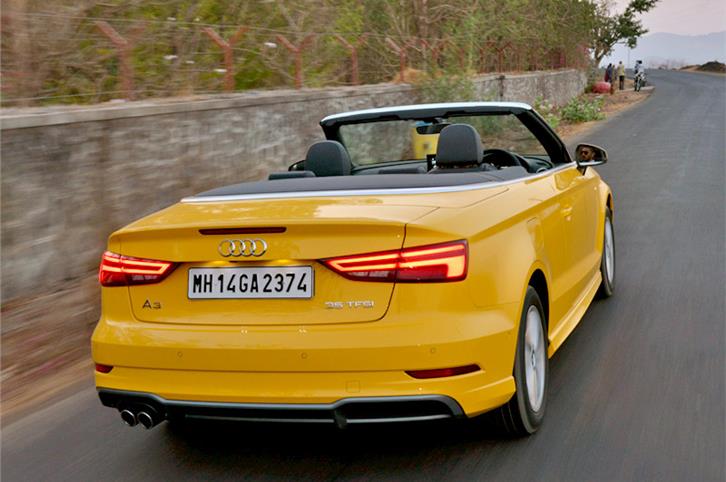 Audi has recently taken a huge gamble with its choice of petrol engine for its smaller cars. It started by introducing the superb new A4 with a teeny 1.4-litre petrol engine instead of the 1.8 from the old car. That ruffled quite a few feathers, but many agreed it was passable, if not ideal, in the A4. This motor worked much better in the smaller, lighter A3 sedan of course, and it's not too bad in the Q3 compact SUV, as you'll see elsewhere in this issue. But this is the A3 cabriolet, where, once again, scrutiny becomes a little tighter. That's because, unlike the sedans and SUVs, this has clear sporting pretensions, and though it's the smallest Audi to use this engine, at Rs 47.98 lakh (ex-showroom, Delhi), it is also the most expensive. Does this new motor pack enough performance for this sort of car? And what else is new?

For a start, like the sedan, there are a few cosmetic changes on the outside. The bumpers are now very aggressive looking, especially at the rear, where a large grey insert gives the impression of a serious aerodynamic undertray. There are also newly designed LED headlamps (optional) and tail-lamps, with dynamic indicators at the rear. And then, of course, there's Audi's massive new hexagonal grille, which really adds a bit more dynamism to the nose. The only detail I'm not a fan of are the alloy wheels, which, though are the same 16-inch size as before, look a bit smaller than the old design.

The all-black interior is almost exactly the same as before, save for a slightly different steering wheel design and a very small equipment change. Where the previous car got Audi's Drive Select drive modes, the new one doesn't, but it does get an auto park feature and a wireless charging bay for Qi-compatible smartphones. It does get the latest version of Audi's MMI infotainment interface, but we'd have liked to have seen the Virtual Cockpit digital dials too; it would have been a nice way to set this apart from the sedan. As before, you get a pair of pretty comfy (albeit not electrically adjustable) front seats, a pair of tiny little buckets at the back that could work for kids, and a surprising amount of boot space, given the folding roof and the size of the car itself.

As for the driving experience, it's still a tremendously fun handler, what with its compact dimensions, well-tuned suspension and sharp turn-in. The steering isn't full of feel, in typical Audi fashion, but it gets the job done. Because it's so compact, you get very little scuttle shake, and though they aren't the most dramatic looking, those wheels and their 55-profile tyres allow the A3 Cabrio to ride really well; perhaps, whisper it, better than even the sedan.

And now to the elephant in the room – the reason there's a '35 TFSI' and not a '40 TFSI' badge on the boot, the move from a 1.8-litre to a 1.4-litre turbo-petrol engine. The fuel economy bonus is obvious – a lower capacity engine and cylinder-deactivation tech means the new cabriolet does a claimed 19.20kpl, up from 16.60! While that might have been an impressive stat for a sedan buyer, in a cabriolet, performance is definitely more important. The key thing to remember is, though power is down from 180hp to 150hp, torque remains the same at 250Nm. That means it's only marginally slower; the new A3 Cabrio does 0-100kph in 9.50sec, versus the old car's 8.59sec.

But how does it feel? In truth, at low to medium speeds, you really can't tell the difference. It gets off the line smartly and accelerates without a hiccup, aided by the seven-speed, dual-clutch gearbox. Even in a high gear on the highway, it's as smooth and effortless as ever. You can certainly never tell when it shifts to two-cylinder mode or back again. The only time the smaller motor becomes a bother is when you floor the right pedal for an overtake or when you want to really drive the A3 Cabrio hard. Here it does feel like it's working a bit too hard compared to the effortless 1.8.

So, yes, you do miss the bigger engine a bit in the cabriolet, more so than in the sedan, but then it's still meant to be more of a cruiser than an all-out sportscar. Ultimately, its promise of comfortable and fun open-top motoring, with relative practicality for a 2+2 family, hasn't changed at all.