The right hand-drive version of the "pony car" finally hits our shores. Sergius Barretto heads to the Buddh Circuit for a few hot laps. 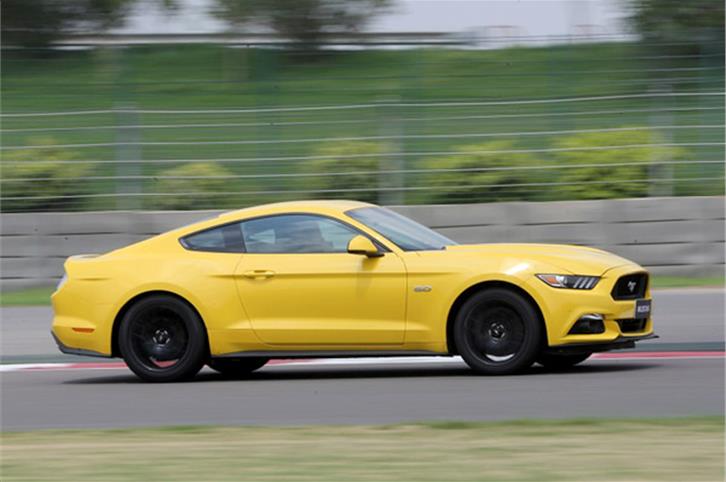 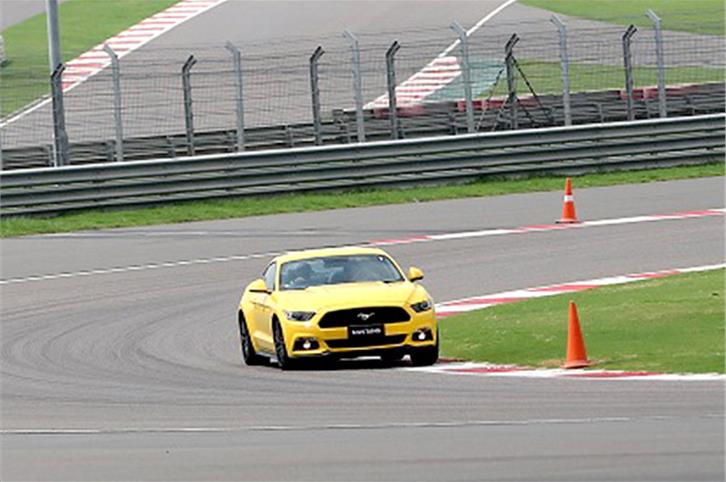 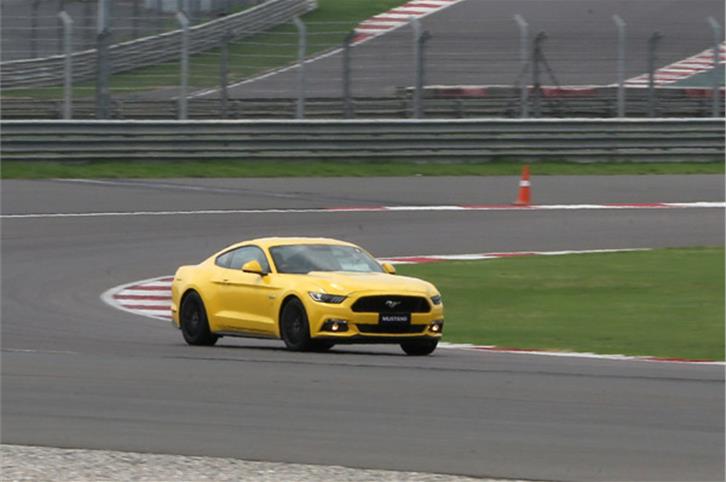 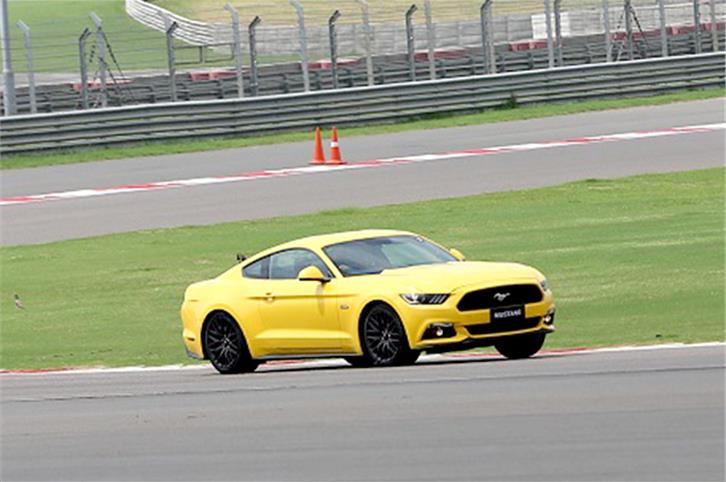 American metal is here! After two decades in India, Ford has finally given us a car that is truly American. Sure, the Endeavour does have lots of American DNA, but it isn’t even on sale in the US. So, if you’ve been craving for a set of wheels that is as American as baseball and denim jeans, then Ford now has the answer – the legendary Mustang, now in its sixth generation.

The Mustang has been around since the ’60s and is an icon of the auto world. The charm has been the formula; take a two-door coupé, put a powerful engine up front and drive the rear wheels. These simple ingredients have stayed intact through the years, seeing the Mustang enjoy over 50 years of continuous production. So successful was the Mustang that it virtually created the American ‘muscle car’ category or ‘pony car’ as it’s called, with the likes of the Chevrolet Camaro and the Dodge Challenger all built to the same formula.

The Mustang today has a legion of fans and fan clubs, notoriously passionate owners and is truly a mega Hollywood star. With over 3,000 movies to its credit, it’s been the bad guy in Transformers, helped the good girls in Charlie’s Angels, and been the object of desire in Gone in 60 Seconds. And it’s not just the silver screen, the Mustang has had the likes of Chuck Berry, Bruce Springsteen and even Vanilla Ice crooning all about it.

The new car has a style that is unmistakably Mustang. The familiar grille dominates the front and this time round, is flanked by narrow, sinewy headlights. The bonnet bulges prominently and is a clear nod to the massive engine that lies beneath. It also carries a far sleeker profile with a steeply sloped windscreen and rear glass. At the rear, the vertical tri-bar tail-lights exude the retro Mustang appeal. Overall, the car now has a lower and wider stance with the glasshouse styled like a fighter jet canopy. It’s all quite intentional. Ford tells us that aviation did influence the styling especially on the inside. And just to bring the point home, the speedo reads ‘ground speed’.

The drive we went on was more jump in, drive flat out and jump out, so we really didn’t get to soak in the interiors. What we can say, however, is that the car has retro cool as its design theme. But the Mustang isn’t about design chic and so it’s not crammed full of little details like you would find in a Mini. However, it has its fair bit of retro touches like the nifty aviation-style toggle switches. The interior seats four but like most coupés, the passengers in the rear don’t have it anywhere near as good up front, where the six-way power adjustable seats are quite large and comfortable.

The Mustang is also fairly feature packed with goodies such as ambient lighting, eight airbags, dual-zone climate control, and heated and cooled leather seats offered as standard. The car also features Ford’s SYNC 2 connectivity system with voice commands and an 8.0-inch touchscreen. But what owners will love is what Ford refers to as ‘track apps’. This has an accelerometer which measures acceleration times and braking performance. It also has what Ford calls ‘Electronic Line Lock’ or the ‘burnout button’ as many call it. It’s a setting to warm up the rear tyres for a good drag strip launch. The Mustang has a lot of other gizmos like the very cool MyKey, basically an electronic nanny limiting the car’s speed, audio volume and other bits too. We unfortunately we didn’t have enough time to play around so we’ll leave that for later when we get the car for a more detailed review. 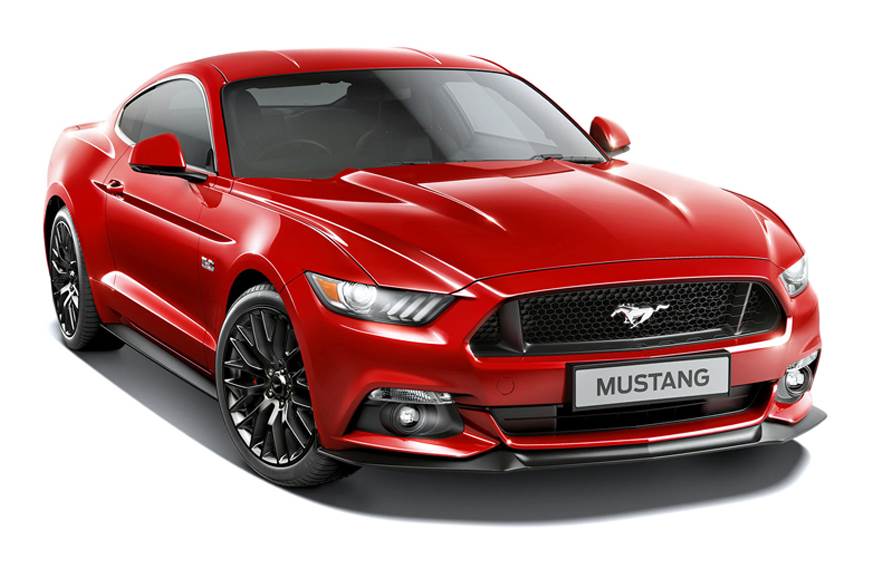 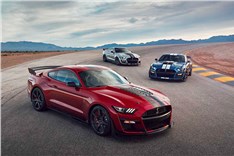 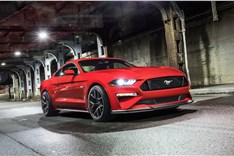 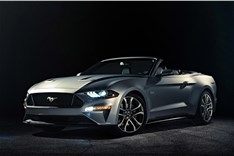 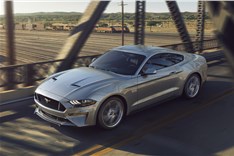 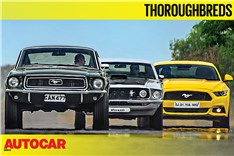 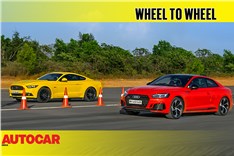