Why many automakers are giving Auto Expo 2018 a miss

Manufacturer participation in India’s largest motor show has seen a sharp dip vis-à-vis the 2016 edition. We analyse why. 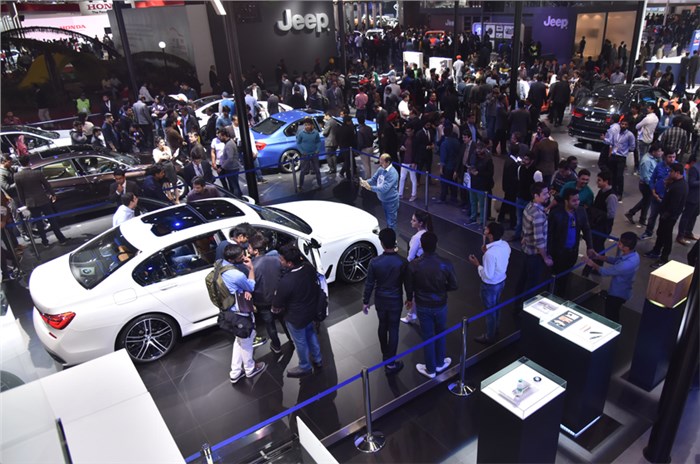 If you are an Auto Expo regular, prepare to see a smaller show in 2018. And that’s because many car and bike manufacturers will be giving the event a miss. The list of non-participants is long and what is sure to be a concern for organisers and a disappointment for showgoers is the fact that many of the drop-outs had prominent exhibits at the last edition of the Auto Expo in 2016. Audi, Datsun, Fiat, Ford, Jeep, Jaguar Land Rover, Nissan and Volkswagen are the major carmakers that will not be taking part, while Triumph Motorcycles has opted out of the Auto Expo for the first time since it started operations in India too. Bajaj Auto, Royal Enfield and Harley-Davidson will be giving a show the miss for the second consecutive time.

Autocar India has spoken to representatives at manufacturers to understand the reasons behind the drop-out and a recurring mention has been of the high costs associated with the expo. While none of the manufacturers revealed the exact costs, it is understood that the tab for large exhibits can cross Rs 30 crore for eight days of the show. For its part, the Society of Indian Automobile Manufacturers (SIAM), which organises the Auto Expo, has clarified floor rents have not seen a rise in the past few years. “We have maintained the same rent since 2012 so there is no way that automakers will be paying extra this time,” Sugato Sen, Deputy Director General, Society of Indian Automobile Manufacturers (SIAM) said speaking on the sidelines of a press meet in Mumbai. As per figures disclosed, SIAM has been charging a discounted rate of Rs 8,200 per sqm to all participants, a figure that has remained unchanged since 2012.

Floor space rental is just one component of the cost though. Exhibit setup costs are remarkably high and global manufacturers usually have to fly in dedicated events teams and stage setups from abroad. Factor in a celebrity appearance or two and the costs just keep ballooning up. For manufacturers with little new to show, the numbers just don’t add up.

Another concern is the kind of returns participants get at the Auto Expo. While the motor show is a great platform to create buzz about future products, there is also a feeling among non-mass market manufacturers that the Auto Expo doesn’t quite connect carmakers to intended buyers at a large enough scale. Again, this weakens the business case for participation. Some manufacturers also don’t get the exposure they’d like and find their models getting lost in the noise. Interestingly, Volvo is a manufacturer that is slowly steering away from even large global motor shows for this very reason, opting instead to make new product announcements at its base in Sweden. Many manufacturers are also of the view that they are better served by smaller, more focused events through which they can target their intended clientele. Replying to Autocar India over a mail query, Ford’s spokesperson said, “For 2018, we have decided to invest our resources and energy in creating Ford- exclusive event platforms to bring awareness to the line-up of vehicles.”

Likewise, Jaguar Land Rover and Nissan have also disclosed plans of focusing on alternate channels and event platforms for their products. Harley-Davidson, that is renowned for its customer events, has said it will continue to focus on independent brand events.

The Volkswagen Group has also scaled back its participation in global events in the aftermath of the emissions scandal and the repercussions will be felt at Auto Expo 2018 too. Audi, a name that has been big at the Auto Expo, will not be taking part either. And with the Group’s collaboration with Tata Motors for the use of the AMP platform falling through, Volkswagen and Skoda’s business plans for India are being given a rethink, partly explaining why neither manufacturer will be present at the expo.

But it’s not all bad news; far from it, in fact. Auto Expo 2018 will see participation from first-time participants too. Kia Motors will have an expansive stand at the show, and Kawasaki will also be present on its own steam. Lexus will also have a display as part of parent company Toyota’s exhibit.

Also, worth highlighting is that many of the participating manufacturers have opted for larger-than-ever-before displays. Notable among the big exhibitors are Maruti that will have the new Swift and the Concept S SUV on display, Tata Motors that will show its X451 hatchback and H5 SUV for the first time, and Hyundai that will be revealing its new hatchback for India. Mercedes-Benz will bring its flagship Maybach S 650, E-class All-Terrain and the EQ electric SUV concept along with existing models like the AMG GTR. The BMW Group will also have its biggest expo stand yet with a combined display for BMW, BMW Motorrad and Mini, and multiple launches lined up for the event.

Auto Expo 2018 that will be held at the India Expo Mart, Greater Noida, UP commences on February 7 (media day) and will run until February 14. Stay tuned right here for the latest updates before, from and after Auto Expo 2018.

Are large motor shows like the Auto Expo still a must-see for enthusiasts or are they losing relevance with time? Let us know in the comments section below.