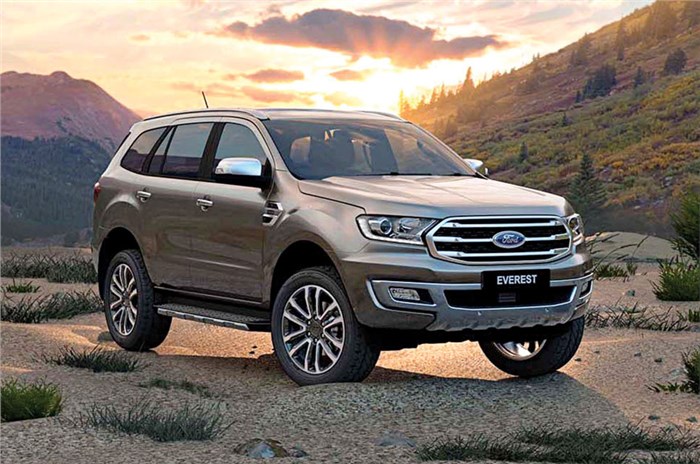 Ford is all set to launch the facelifted Endeavour to India later this month. The price announcement is likely to take place on February 22, 2019.  The current-gen Ford Endeavour made its public debut in 2016 and, as part of a mid-cycle refresh, Ford will update the SUV with more tech.

The updated SUV gets a new front bumper, grille and headlamp inserts, along with 18-inch alloy wheels with diamond cut finish. On the inside, the dashboard gets subtle tweaks, soft-touch materials, backlit buttons, and subtle chrome bits. The infotainment screen stays the same size but now gets Ford’s Sync3 interface, replete with Apple CarPlay and Android Auto. It will offer a handsfree tailgate open and close feature. As far as safety goes, the SUV gets autonomous emergency braking with pedestrian detection in other markets, but it remains to be seen if this will make it to India.

The updated Endeavour in India is expected to continue selling with the same 2.2-litre and 3.2-litre diesel engine options, at least initially. Ford is likely to introduce its new BS-VI-compliant, 2.0-litre diesel engine a bit later, before the BS-VI emission norms kick in. Internationally, this new engine gets the option of two power outputs – a 180hp/420Nm single-turbo unit and a more powerful 213hp/500Nm twin-turbo unit. The new engines will be mated to a 10-speed automatic gearbox.